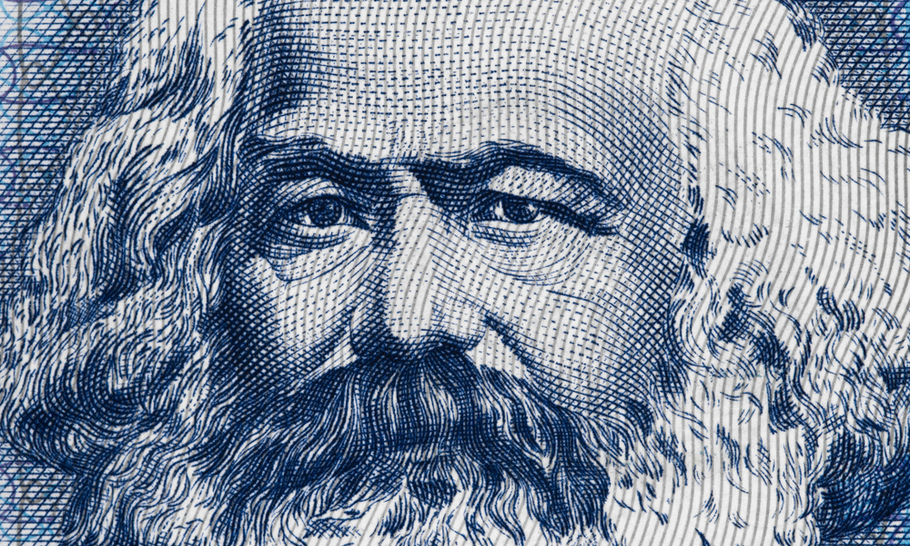 “About time,” one friend said to me on one of the nightly telephone calls that now pass for social life, noting that Rishi Sunak’s economic programme is more dirigiste even than that proposed by Jeremy Corbyn at the last election. Another friend at the other end of the political spectrum agreed. The difference is simply that he laments it, bemoaning that the Conservatives never were truly conservative anyway.

We live in interesting times for sure, but in any case they’re both wrong.

Just like everyone else, I’m hoping a bailout comes my way. It would be crazy to not take advantage of whatever largesse is going when the industry you work in is crashing and burning around you. The economy is a wasteland and state aid, it seems, is the answer. Governments around the world are abandoning the liberal economic dogma that has dominated social and economic life since the late 1970s.

Here in France the government announced a raft of measures to keep both businesses and individuals afloat. President Emmanuel Macron two weeks ago announced that €300 billion would flow from state coffers in measures that, in effect, reverse his programme of “Anglo-Saxon” reforms.

Then he announced more. Macron’s measures include rent freezes for small business, tax deferments, a ban on layoffs and the state picking up 70 per cent of private sector workers’ wage bills.

Freelancers like myself are entitled to temporarily zero-rate our social security contributions for March. In addition, those who see a fall-off in revenue can claim up to €1,500 in aid. Unlike in my home country of Ireland, however, there will be no rent freeze for individuals.

As French housing minister Julien Denormandie flatly stated: “There is no moratorium envisaged.” Given that housing accounts for more than 50 per cent of my spending, as it does for most people of my age, this is a problem. Still, none of us will be looking any gift horses in the mouth this month.

But it would be an error to mistake any of this new corporatism for socialism, despite the legions of commentators now lining up either to salute or to scream bloody murder about the apparent red dawn.

State spending went up almost every year during the premiership of Margaret Thatcher, for example. Those who praise her rolling back of the state take a very partial view of just what it is that the state does.

The British imagination has a rather limited conception of socialism: all state action and nationalisation. The autonomist and libertarian socialist traditions were never the strongest sections of the Left, but they were particularly irrelevant in the UK. In Britain, socialism only ever meant state spending.

But even if one accepts the British view of state socialism, socialistic measures do not just happen, they follow pressure from the public. The creation of the NHS followed the Second World War, which proved the state was capable of providing all kinds of services hitherto deemed impossible or even immoral. In that sense, the Covid-19 crisis may turn out to be comparable to the reforms of the post-war era.

Nonetheless, the Attlee government had an almighty fight on its hands, not least with doctors who were, as a group, steadfastly opposed to the NHS. Famously, Nye Bevan said he only got them to shut up by “stuffing the doctors’ mouths with gold”. The NHS was created in political struggle.

Back across the channel in France it might appear that, for the moment, the gilets jaunes have won. Except they haven’t. Yes, Macron has performed a volte face on his plans to liberalise the French economy, but not as a result of protestors in high-vis jackets — and not as a result of the massive nationwide strikes that rocked the country in December 2019, either.

No, as in Britain and elsewhere, the state is injecting state money into the economy in utter desperation, hoping it will keep the wheels on long enough for capitalism to recover. Perhaps this strategy will work, and perhaps state capitalism may now be necessary — but it is not socialism. In fact it is conservatism, pure and simple: as in 2008, the goal is continuity. It would take a brave soul to argue that the beggaring of Portugal, Ireland, Italy, Greece and Spain, in order to prop-up insolvent banks, was socialism.

If you want proof, just look to the US, where Trump’s bailout is a brazen bonanza for business. Just as happened across the West following the 2008 economic crash, private enterprise will the beneficiary of the state’s handouts. Hundreds of billions will be loaned to industry at low interest rates. Cuts to payroll taxes will apply to business, but not workers.

People not hitherto considered leftists urged the state to take action. The Republican Senator Lindsey Graham demanded a halt to scrutiny. “Pass the damn Bill. Stop negotiating. Enough is enough,” he said, complaining that Democrats were “’nickeling and diming’ at a time people are dying”. At the time of writing, the Democrat Governor Andrew Cuomo is still delaying the Bill in the hope of gaining a few more billion for New York.

I’m sorry, reader, for exhuming Marx, but seeing as everyone else is doing it I may as well do so, too.

In the Economic and Philosophic Manuscripts of 1844 he wrote: “It takes actual communist action to abolish actual private property. History will lead to it; and this movement, which in theory we already know to be a self-transcending movement, will constitute in actual fact a very rough and protracted process.”

In other words, socialism would be delivered by the subjective actions of individuals acting en masse, not by the objective conditions of life, no matter how miserable or intolerable. Modern socialism, which derives from Marx, was a break from its antecedents for precisely this reason: after Marx, socialists argued the new world would be born from struggle, not simply appear as a fait accompli. Today, the Left’s boosters and critics alike have lost the plot and declared the coronavirus crisis a deus ex machina that is delivering a new way of looking at economics.

And let’s call Trump’s plans to make a one-time $1,200 payment to individuals what it is: a bribe.

Demands for universal basic income were growing even before the coronavirus crisis. It’s easy to see why. More and more of us have been shunted into insecure “uberised” employment, with legions of fake self-employed people bearing the costs externalised by business, receiving pats on the head and being called “entrepreneurs”, when in fact they, yours truly included, are nothing but a sign of a weak economy unwilling to invest.

With the automation of hitherto sacrosanct white collar jobs on the horizon, it is tempting to argue that we should all be able to live on a state stipend — and it’s true that people cashing government cheques are no more of a moral hazard than the various rentiers living on unearned income higher up the economic ladder. But do you really want money for nothing to become the norm? Whatever happened to the old left-wing slogan “jobs not dole”?

For the moment we find ourselves, without question, in a crisis, so take the cheque and cash it. Just don’t harbour any illusions. Left or Right, expect a fight. It’s coming.