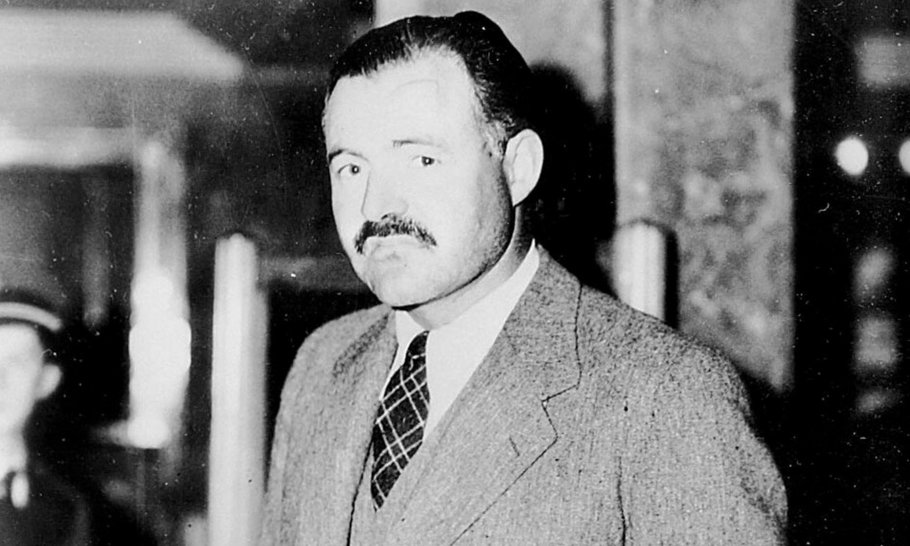 The explosion in a Milan munitions factory in 1918, followed by suppression of vital information, gruesome details and Hemingway’s account of the accident have striking parallels to the collapse of the Florida apartment building this year: negligence, sudden destruction, many fatalities, body fragments and lost victims.

The Second Battle of the Piave in the mountains north of Venice took place from June 15 to 23, 1918. After initial setbacks, the Italians, with the help of their Allies, decisively defeated the Austro-Hungarian army. This turning point of the war overshadowed one of the worst industrial accidents in Italian history. On Friday June 7, 1918, at 1.50 pm the Sutter & Thèvenot munitions factory, in the village of Castellazzo di Bollate ten miles northwest of Milan, was suddenly shaken by a devastating explosion that killed more than sixty workers. Ernest Hemingway, then a nineteen-year-old with some experience as a journalist, had a newsman’s luck. He arrived on that very day by train from Paris to Milan and was immediately sent to the scene as a Red Cross ambulance driver. This experience of death and destruction made a deep impression on him.

During the four long years of World War One, the Italian government constructed many factories to produce bombs and grenades for the infantry fighting at the front. The Italian army recruited the Swiss company, Sutter, which, under licence from the French company Thèvenot, built a production plant in the Lombardy countryside. It was suitably distant from urban centres, hidden by vegetation, and close to both the Milan railway line and the nearby military depot. The factory began production on the site of an old furnace in Castellazzo on November 6, 1916. By June 1918, when the demand for munitions was most intense, the factory had expanded to 40 buildings. Most of the 1,500 employees were women.

The blast occurred in the shipping department where the maximum concentration of explosive material was stacked in wooden crates. It scattered the remains of the dead, and no one knew the fate of many workers and the exact number of fatalities. It is not clear if the company took responsibility for the explosion or if the families of the victims received compensation. In January 1919, after a second explosion, which this time caused no casualties, the factory was dismantled at the request of the Municipal Council. 1 (Sutter still exists and has a new modern headquarters near Freiburg, Germany, which kindly focuses on the well-being of people.”)

The first bulletin from Reuters in Rome on June 10, which misspelled Castellazzo and mistakenly said it was in the province of Bollate, was reprinted as far away as Australia and New Zealand. Heavily censored by the Italian government, which demanded propagandistic support for the war, the report minimised the fatalities and listed only 35 killed and 100 injured. It claimed the damage was slight and, ignoring the possibility of sabotage, said the cause was accidental. Despite the great tragedy, news of the event was suppressed. Even the pages of the Corriere della Sera (Milan’s, and Italy’s, newspaper of record) minimised the disaster in order to maintain support for the war.

On June 9, 1918 L’Avanti in Rome repeated that the explosion took place on June 7 and that there were only 35 victims, though at least 59 were dead. The Corriere della Sera of June 10 described the funerals in Bollate. There were 21 coffins containing whole bodies and ten coffins containing the fragments of other victims. More than 15,000 people, including delegations from the Italian and American armies, were present at the funerals, which proceeded from the village to the Bollate cemetery. The brief news reports stated that since only the shipping area was destroyed, the factory resumed production the next day. Sabotage was suspected, but on June 11 the newspapers hastily reported that no such evidence was found. It’s surprising that the conservative Corriere della Sera wrote more about the possibility of sabotage than the socialist L’Avanti, especially since Benito Mussolini, a socialist at that time, was on the staff. 2

Martina Salvante wrote, The outbreak of the war and its prolonged duration led to insatiable demands for workforce and munitions.” By the end of the conflict, there were nearly 2,000 factories and 903,000 workers, 22 per cent of them female. As unskilled women progressively replaced the men called to arms, military law was implemented in the factories”. Though the working class had opposed Italy’s entry into the war in 1915, all categories of workers were placed under the strict disciplinary surveillance: Workers were not allowed to strike, resign or change their workplace without permission of the military authorities.” The Italian government aimed at repressing ‘defeatism’ through the introduction of severe punishments against those who would ‘dishearten public morale’,” arouse workers in the wake of the Russian revolution or call for peace. 3

In 1917, a year before the explosion, Luca Comario’s realistic photographs of the Sutter factory revealed the horrific working conditions. Since the men had been drafted to fight in the trenches, most of the victims were women between the ages of 15 and 20, whose smaller hands were needed for detailed work. Many of the young women stood barefoot on the crowded cement floor, wearing ragged dresses and with no protective clothing or safety goggles. The brick gunpowder factory was hot, dark, dusty and filthy, with very little ventilation coming from the small high windows. The foreman was neatly dressed in a suit, tie and high collar. Many fathers, brothers and husbands had been killed or wounded in the war. The women, left with no money and no protection, received low wages and were subjected to sexual predators, high risks, toxic chemicals and industrial slavery. Many families reported that workers had not returned home after the explosion and their bodies were never found.

Despite the enormity of the disaster, this incident disappeared from collective memory, and the story of the victims and injured was forgotten for nearly a hundred years.

After World War One, Fascist propaganda prohibited all talk about the faults of the government. But, in 2010, a record left by the local parish priest, Don Ambrogio Rocca, was rediscovered and gave a reliable account of the forgotten tragedy. The priest wrote that the explosion was heard at a distance of 30 kilometres and broke the glass in all the kindergartens, schools, houses, churches and factories in the neighbouring villages. From 2.30pm until 9pm, there was a continuous stream of Red Cross emergency vehicles and private cars that came from Milan to help the victims. Eighty-two women and 13 men were rushed to hospital in Milan. The makeshift mortuary in the village was a scene of real carnage. At 10pm the parish priest, who had seen a severed head in the fields, stared at his young dead parishioners and wrote that no human pen could describe his grief on that terrible day. 4

A few days before Hemingway was sent to the battle front, he had his first traumatic exposure to the war dead. He drove to the scene in a Red Cross truck, saw the civilian casualties, and had to carry mutilated corpses and human fragments detached from the barbed-wire fence around the factory. In A Natural History of the Dead, an eye-witness, documentary short story, he stresses in a fiercely ironic style the catalogue of horrors and describes the unnatural dead: Arriving where the munitions plant had been, some of us were put to patrolling about those large stocks of munitions which for some reason had not exploded, while others were put at extinguishing a fire which had gotten into the grass of an adjacent field, which task being concluded, we were ordered to search the immediate vicinity and surrounding fields for bodies. We found and carried to an improvised mortuary a good number of these and, I admit, frankly, the shock it was to find that these dead were women rather than men.” 5

Hemingway does not connect the explosion to Sutter & Thèvenot, but bitterly emphasises the grisly details that were deliberately excluded from contemporary newspaper accounts. He added material from his later war experience in Italy and Turkey, and created a verbal equivalent of Goya’s etchings Disasters of War, which portrayed men dying like animals from bullets, shells and disease.

2. Luca Gondolfi, The Outskirts of Literature: Uncovering the Munitions Factory in ‘A Natural History of the Dead,’Hemingway Review, 19 (Spring 2000), l05-l07, and

Fabio Cavallari, One hundred years ago ten women from [nearby] Senago were among the victims of Bollate,” Il Cittadino (The Citizen), in Monza, near Milan, June 10, 2018.

4. June 7, 1918: the explosion of the Sutter & Thèvenot factory at Castellazzo di Bollate,” Buildings and Constructions, October 4, 2019. See also Ottavia Spagiarri, Hemingway and the Forgotten Tragedy of the Workers of Bollate,” Vita, Milan, June 3, 2018.