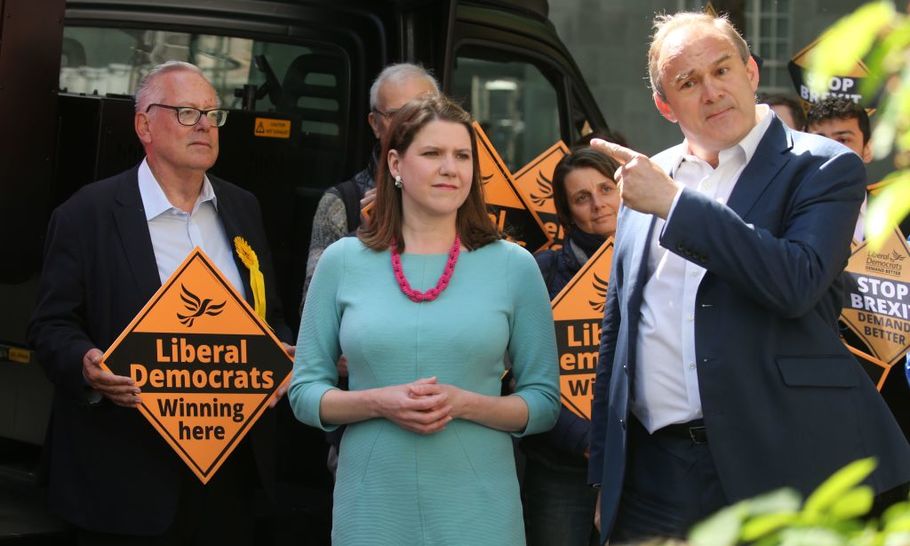 1) That European Parliament elections matter. This is the ninth election to the European Parliament since 1979. The results have had very little influence on Europe’s direction of travel. Participation has declined from 62 per cent in 1979 to 43 per cent in 2014. In Britain, turnout has never risen above 40 per cent and has sometimes been as low as 25 per cent. Not one voter in one million can name his or her MEP. For most countries, the European Parliament elections are a chance for eccentrics, extremists and excitable politicians to strut their stuff (along with hard working serious MEPs) without bothering serious national politics.

2) That EP elections determine domestic politics.The EP elections have always been a chance for mid-term protest votes against the government of the day, both here in Britain and across the Channel. Margaret Thatcher won 60 MEPs seats in 1979 and John Smith won 62 in 1994, far more than Farage can dream of. Farage got Tory votes in 2014, just as Lib Dems and Greens will get Labour votes next week. So what? There will be a buzz and a fair bit of Farage/Lib Dem/Green preening when the results are announced, but we won’t learn anything about what might happen in the 2022 general election. Farage has always failed to translate his EP result into becoming an MP. Voters like him clowning on Question Time, but in the Commons? Forget it.

3) That anyone “wins” the EP election. As in 2014, Farage can expect to head the biggest single party of novice MEPs, who will be lost in the maze of the pharaonic EP buildings in Brussels and Strasbourg. But his test is to win as much if not more than the 52 per cent of the Brexit vote in 2016. As James Blitz points out in the Financial Times, even on current polls – and Farage has always polled better than his actual vote – the declared anti-Brexit or Remain parties have the same level of support as Farage. Labour has made a spectacle of itself and will be punished a bit. But Labour’s temporary deserters will vote for unambiguous anti-Brexit parties like the Lib Dems and Greens. And Tory Remain MEPs like Charles Tannock will still be elected.

4) That EP elections make the EU more democratic. In the first period of EP elections after 1979, the anti-European communist parties in France and Italy were elected. Now it is anti-European populists like Marine Le Pen or Matteo Salvini who win support. But they can never coalesce, as they despise each other as much as they dislike the EU. Marine Le Pen has just had a very frosty reception in Tallinn from the Estonian anti-EU right because of her support for Vladimir Putin’s aggression in Ukraine and interference in European politics. And in all events, the classic pro-EU and anti-extreme parties of the centre-right, centre-left, greens, harder left parties and national identity parties (like the SNP or Poland’s PiS party) will make up the vast majority of MEPs. MEPs have limited impact on what Europe does. The decisions that decide Europe’s direction of travel are taken by national governments. They allocate a derisory 1 per cent of Europe’s GDP to be spent by the European Commission, most of which is earmarked for national subsidies to farmers and infrastructure in poor regions. MEPs do useful work like removing roaming charges on mobile phone call across borders. But each EP measure needs national government sign-off to become law.

5) That Mrs May is threatened by EP elections. Nigel Farage will have his 24 hours of glory. He has a huge war chest, and a committed team left over from his Leave campaign which can organise big meetings and create good social media propaganda. His boast that he should take part in Brexit negotiations will be ignored. He won’t dare stand in the Peterborough by-election. Like Senator Joe McCarthy in the 1950s ranting against communists controlling the US government, Farage’s claims that Brussels controls Britain are beginning to sound fatuous. The Lib Dems and Greens will enjoy their buzz, but unless Conservative MPs commit political suicide by forcing a general election to validate a new prime minister, politics will settle down. Brexit won’t go away, nor will the lack of MPs to vote for Mrs May’s unworkable idea. The outcome of the EP elections makes no difference to that core arithmetic, nor to the spectre of Brexternity now looming over Britain.