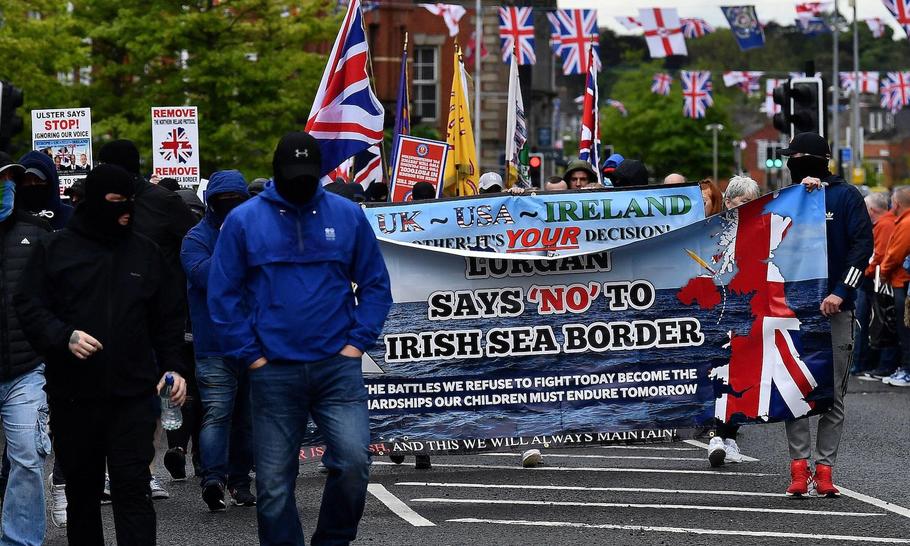 We live in a sloganocracy. “Global Britain”, our foreign policy slogan, is emerging as the saddest and most deceptive of them all. A piece of bombast directed at a domestic audience suggesting a big vision and concealing the decline of Britain’s international influence.

We had just a taste of our actual conduct of international relations last week. Britain is receiving a windfall of $27.4 billion (nearly £20 billion) in Special Drawing Rights (SDRs) from the IMF. This is our share of $650 billion given for distribution globally to support poorer nations through the Covid pandemic. Other richer countries, honouring the spirit of this emergency fund, will be adding the money to their current planned aid expenditure. Our Chancellor of the Exchequer, Rishi Sunak, staying within his reduced ceiling of 0.5 per cent of national income (GDP) for international aid, will now be injecting a large part of the IMF windfall income into our aid budget instead of adding it to the total. Despite claiming that the reduction in aid from 0.7 per cent of GDP would, in time, be reversed, Sunak’s actions are going in the opposite direction. In order to ease our national debt, the erosion of our global commitment to the world’s poor continues and, with it, Britain’s soft power declines. So too, does our reputation as a country which meets its obligations and keeps its promises.

Last week, in Portugal, Lord David Frost, chief negotiator of Task Force Europe, announced another foreign policy démarche. In negotiations with the EU aimed at solving problems arising from the post-Brexit Irish Sea trade border, he is now proposing that the Northern Ireland Protocol (integral to the Withdrawal Agreement, negotiated by him, signed and promoted by Boris Johnson and supported by Parliament in July 2021) be scrapped. By most informed accounts, the EU negotiating team led by Maroš Šefčovič, EU Commissioner for Brexit, concerned at the impact of current regulations on movement of goods across the border, was offering a helpful package of mitigating measures to the potential benefit of the UK, including Northern Ireland as well as to the Republic of Ireland and the EU. With advance knowledge of this significant, concrete expression of goodwill and concern, Lord Frost has suddenly introduced the issue of dispute arbitration and the question of the UK’s relationship with the European Court of Justice (ECJ), the EU’s highest court. Global Britain is now presenting itself as a country that either didn’t understand what it was signing, or has no qualms about reneging on an international agreement with 26 other countries, not least its neighbour, Ireland.

There are two things worryingly wrong with this sudden swerve away from problem-solving within the terms of the Protocol, towards Britain requiring discussion of immutable principles, such as sovereignty, and presenting unilaterally a new Protocol altogether. The first is that, having spent months negotiating it, the UK signed a Protocol which we are now repudiating as some kind of alien imposition, under the slogan “EU overreach”. Who now is going to trust the UK under its present management, or indeed any future management, to honour its commitments?

Second, there is anecdotal evidence that Boris Johnson, in his entrenched the-rules-don’t-apply-to-me exceptionalism, never intended to comply with the Protocol in the first place. Anyone who has taken part in any serious negotiations between, say, management, staff or trades union, will recognise this last-minute introduction of a weighty but marginal bone of contention as the wrecking-ball swinging in the air, not the “tough negotiating position” applauded by some of the press. Again, Britain’s standing in the world is sacrificed for a possible few percentage points in the opinion polls. This is foreign policy as a Punch and Judy show for a domestic audience.

Boris Johnson was swept to power on a wave of Brexiteer sentiment, casting himself as the tough guy who, on behalf of the British people (actually only about half of them), stood up to a bunch of unreasonable, intransigent foreigners across the Channel and “got Brexit done”. Perhaps he now calculates that this role remains the best formula for arresting a threatening fall in popularity, as the British public begin to wonder if a mixture of jokes and jolliness is all that is needed in hard and uncertain times. Unfortunately, it is a formula that brings damaging discredit on the UK far beyond the white cliffs of Dover. The Queen is not the only one who is worrying about who will come to Glasgow next month. It is difficult not to think that the global reputation of our Prime Minister may be relevant as Heads of State assess their relations with the UK and decide whether to turn up at Cop26.

When it comes to foreign policy, there is a further serious danger represented by the Johnson rules-don’t-apply stance. It is not just that when autocracies, such as Russia, also break the rules, we can end up with polonium in the tea and neurotoxin on the door-handle. We signal in our own foreign policy the values we hold dear and which should form the texture of our own governance and civil society. The undermining of our values abroad doesn’t stay abroad.

Democracy is based on an implicit social contract and, amid overlapping crises, trust in its implementation is easily eroded. With no firm reliable hand on the tiller, trust in government and politics is lost. Just as the international order and avoidance of violent conflict require a scaffolding of rules, conventions and mutual trust, so does our own society.

It is a sign of how unprepared we are for a future dominated by contending power blocs that our Government is hell-bent on distancing itself from both the EU’s European Court of Justice in Luxembourg and the Council of Europe’s European Court of Human Rights in Strasbourg — and is correspondingly allergic to judicial review at home. The two European courts’ internationally agreed rules have served European democracies well. If democracies are to stand firm in the face of vast concentrations of unaccountable power in China and Russia, the rule of law and an abiding commitment to human rights are two necessary foundations. And to accompany cooperation on security, political coordination of foreign policy and diplomacy with our international partners. Neither the EU nor the UK, for different reasons, currently offers outstanding examples of such policy collaboration.

Meanwhile Global Britain awaits 800 European butchers, marching off the ferries with cleavers at the ready, and a great new trade deal with Vanuatu.