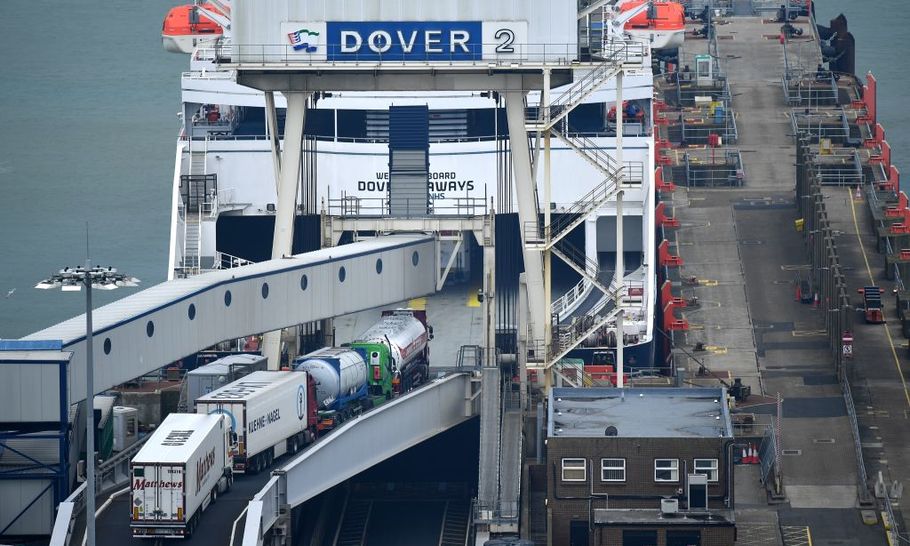 Defining Brexit beyond the slogan “Take Back Control” was always going to be difficult. Now Britain faces a health crisis that is far from over and an economic downturn whose depth and length is hard to predict. For Boris Johnson and the Tory ultras who want the hardest of Brexits, this presents a huge challenge.

Much as Boris Johnson may wish they hadn’t, the terms of the debate have changed. The stunning U-turn over school meals for the poorest children over the summer after Manchester United’s Marcus Rashford threw his weight behind the campaign is just the latest example of how social justice is moving up the agenda.

The programme on which the Prime Minister won a healthy majority has been bent out of shape. Big things have happened that call into question the struts on which the Brexit project was conceived. It’s time to reflect on that and to act accordingly.

The government’s response to Covid-19 has been confused and indecisive. The lack of grip in Number 10, that even many Tory MPs now complain about, has fostered a kind of political vacuum. Social tensions are bubbling to the surface. Protesters in their thousands have simply ignored the lockdown to protest against racism. The government has been forced to U-turn over cherished policies, such as the health surcharge that NHS workers from abroad paid to use the service in which they worked.

Wobbles in London have emboldened Scotland, Wales and Northern Ireland to stand tall and implement their own Coronavirus policies and timetables, rather than take their cue from Westminster. Talk of the four nations, virtually unheard-of outside sport, is now commonplace in news bulletins. The Union may (or may not) be weaker but it is manifestly looser.

Most significant of all, the epic struggle to contain the virus has shown us with blinding clarity who really matters in Britain today. Some very wealthy citizens of high social status have spend the pandemic shielding at home, while others have quite literally kept the country going. Workers who have been in the past referred to as “unskilled” and who are therefore unwanted under our new immigration laws have turned out to be indispensable.

This presents us with an opportunity to define what we might call a Brexit for the common good and work towards that; a Brexit, in the words of the British actor and rapper Riz Ahmed, that “stretches the British flag so it’s big enough to embrace us all.”

We are now, more than ever, a richly diverse Britain, a hotchpotch of talent and innovative enterprise that cuts across race, class, region and faith. A Brexit the country as a whole can accept must reflect this. Brexit cannot be cut to fit not just the inclinations of the right. So what would a Brexit for the common good look like and how might it be achieved?

The years since the end of the Second World War have witnessed rapid and, for some, unsettling social, economic and political change. The rise of great economic powers like China has diminished the relative economic influence of the west, including that of Britain. The world has become a lot more competitive. Globalisation has marched into our lives and many have found this painful. Looking to our past we feel diminished. We want to feel big again. Tied to the EU’s apron strings we are held back. Cut these, so the argument goes, and we will be free again to pursue a new, post-imperial role.

Yet the narrative of a Britain in decline, used by both sides each for their own reasons, is misleading and unhelpful. Far from being “in decline” Britain’s transition from an empire that accounted for over 20 per cent of the world’s GDP to an island nation roughly the size of Michigan state with a global reach, a vibrant culture, significant soft power and an economy that is still comfortably in the top 10 is nothing less than remarkable.

Britain may no longer be top dog. But it is successful. However, it is not a country at ease with itself. Brexit must address this malaise. We need a project that makes the well-being of its people a priority. The right’s agenda of breakneck economic growth achieved through massive, US-style deregulation, free trade zones and the market as the answer to every problem will just make things worse and the eventual reckoning harder.

Here are key areas that those wanting a Brexit for the common good must address.

Environmental controls: The current Withdrawal Agreement Act empowers the Executive (in other words ministers) to authorise UK courts to overturn previously enacted EU laws. Once the implementation period is over the government will be free to lower standards for water and air quality, climate change and conservation to please business. The young in particular care about this.

Trade and food standards: The proposed trade deal with the US spearheaded by Trade minister Liz Truss could put many farmers out of business as well lowering food standards. Offering cheap chlorinated chicken is not as she claims, about choice. The only people who would choose to buy it would be the less well-off struggling to make ends meet after a decade of austerity.

The NHS: Despite the heroic efforts by the NHS and its staff during the Covid crisis and the insistence that “our NHS is not for sale”, key services remain vulnerable to a trade deal with the US as well as to the voracious and highly profitable commercial healthcare market.

Employment protection: Strikingly the Withdrawal Agreement Act does not refer to workers’ rights at all. Brexit will weaken employment protection as a means of making the economy more competitive. Expect large scale deregulation, a race to the bottom which would do little for social cohesion. This will not go down well in Red Wall constituencies whose votes, by the Prime Minister’s own admission, are on loan to the Tories.

Immigration: The Covid-19 crisis has shown that the new rules on immigration are simply not fit for purpose. Britain needs immigrants just to stay afloat. The NHS would not survive without them. Neither would fruit farmers, or the delivery industry. The policy as it stands is unsustainable.

Just-in-time supply chains: The lockdown has laid bare the fragility of our vital supply chains. Economic and social resilience has been sacrificed to the just-in-time paradigm. The supply of goods and services such as PPE for frontline health workers has been imperilled by a business model that imagines it is risk-free. This has cost lives.

Civil Liberties: We have seen how the government chafes at being held to account by the judiciary. It wants to “update” the Human Rights Act to ensure that there is a “proper balance between individual rights, national security and effective government.” This is more than about individual liberty. It is, as Helen Mountfield, principal of Mansfield College, Oxford, says: “about (reducing) accountability and how this country is governed.”

Leaving the EU is about many things. Tories, including Margaret Thatcher, have always felt more comfortable with one foot in America than in continental Europe. Having tried and failed to mould the bloc into a looser, free-wheeling, market-driven, mid-Atlantic project, Eurosceptics have thrown in the towel and are moving closer to a United States in the grip of the populist right. True to their style of brinkmanship Boris Johnson and Michael Gove reject the possibility of an extension that would allow these new realities to be considered.

The first task for the opposition — and for those Tories who want a least damaging Brexit — is to argue for just such an extension. This would not be some ruse to stop Brexit. But it would allow a breathing space and give time to shape a Brexit that is in the best interests of the country as a whole.

With that we need a cross-party campaign using every constitutional means available, in and out of Parliament, to influence the outcome of Brexit. The right will do all it can to fight this. Brexit for them is not just about the EU. It’s not even mainly about the EU. Brexit is a launchpad for a radical shift to the right modelled closely on their intellectual soul-mates in the US.

Failure to shape a Brexit for our times will lead to more divisions, growing inequality and communities pitting themselves against each other. Sustained and broadly-based economic growth in a tolerant, liberal democracy is only possible in the long-run if it is rooted in a sense of fairness and well-being.