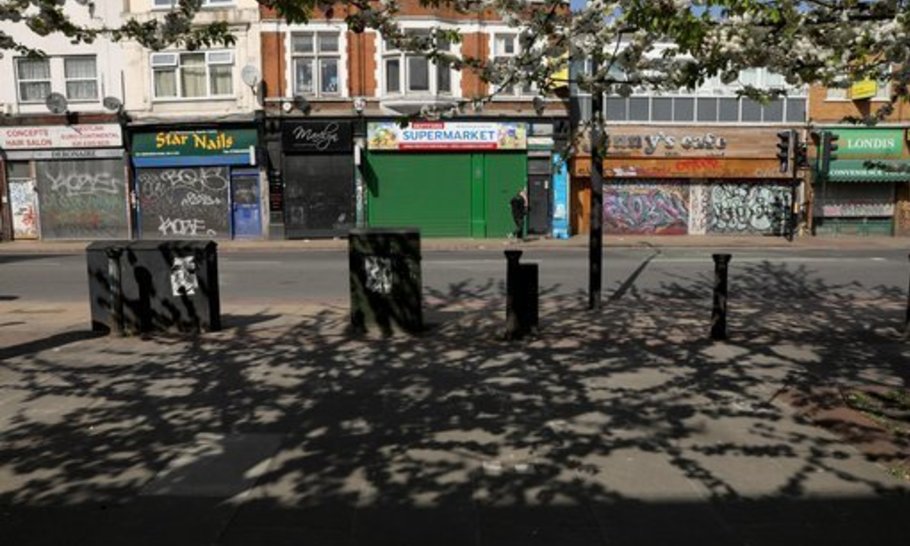 The Covid-19 crisis has brought into sharp focus the essential requirement to protect the national business base.

We have seen governments and countries acting to protect employees and labour markets through furloughing. Governments have offered grants (often small) to businesses, particularly in sectors that are vulnerable to the restrictions caused by lockdown and introduced various types of centrally-underwritten loan schemes to support businesses through the crisis.

The central proposition is that these platforms, however justified as an immediate response to the crisis, are unlikely to provide the answer to business requirements in the medium term. Unless normality as we knew it several weeks ago returns anytime soon, it is clear that the challenge for businesses will become terminal. Too many businesses will fail, unemployment will increase — possibly to unprecedented levels — and the capacity for national recovery will be eroded. This could have a potentially catastrophic impact on the social and economic fabric of the country.

One significant weakness in these arrangements is that loans to offset shortfalls in cashflow achieve little over a period of months other than increasing debt, which will intensify and accelerate shortfalls in future cash flows. This will intensify a pattern of business failures over time.

Another weakness is that, because of the present crisis, a loan-based system will not incentivise changes in business models. This is needed, if businesses are to respond to the many challenges of globalisation that they already face.

Simply trying to sustain what exists already will not promote the necessary changes in digitalisation, research and innovation, or in employment and training It will also slow the transition to a zero carbon economy which a renewed and progressive national business base must pursue in order to enhance national competitiveness.

There needs to be a new national plan to respond to these challenges, not only to secure new employment opportunities for people who will be forced out of the labour market, but also to equip existing and new businesses with access to the necessary resources to support the transition.

One part of the solution could be the creation of a new platform, almost certainly national in nature, but administered regionally, to support the re-capitalisation of businesses and to promote new business development.

This is not and should not be seen as a “Bailout Fund”. Many companies that will fail as a result of this crisis were weak before the crisis. However, the scale and nature of the impact of the crisis will have significant consequences for inherently sound businesses, many of which are crucial to Britain’s longterm economic recovery.

The fund we have in mind will need to distinguish between the “good”, the “not so good” and “the bad”. We also want to promote start-up rates. Experience from previous downturns shows that this tends to accelerate business development.

Investment can be securitised, predominantly through preference shares in a business, which would be linked to future financial performance and profits. Shares can be bought back by businesses at any time over, say, a 10-year period. (This would be in accordance with a pre-determined formula.)

An initial investment capability of the order of £25bn is considered necessary to create the platform with sufficient scale to make a difference.

Having these standards in place would help to create the essential transparency about national priorities and the clearest basis on which businesses can decide whether or not to participate.

These standards could include need; market prospects and viability; governance; and opportunities for equipping the business in question to support a range of national challenges around employment and training; research; employment practices, and a business’s contribution to to meeting national targets around zero carbon. We also need to recognise that societal priorities around the value of front-line workers has changed and this needs to be reflected as appropriate in the standards too.

Investment agreements would be entered into with businesses that embraced these aims. They would be the subject of regular monitoring, almost certainly through an annual reporting mechanism or at more regular intervals, depending upon the performance of the business.

These agreements can be standardised to avoid unnecessarily complex and protracted processes. These would include the essential safeguards to protect the integrity of the public investment — such as further significant loans without consent — as well as providing performance indicators against which actual performance would be measured.

A strong monitoring base would be required, including the ability to scrutinise performance. An enforcement regime would also need to be defined involving where necessary the right to withdraw the funding in the event of persistent non-performance.

There are precedents for this type of strategic investment approach. In 1945 the Industrial and Commercial Finance Corporation (ICFC) was established by the Bank of England and the major British Banks to provide long term investment funding for small and medium-sized businesses. This was in response to the need to create a new and diversified business base beyond WW2.

The ICFC subsequently extended the breadth of its investment base by raising external funds and it became the single largest provider of growth capital for unquoted companies in the country. In the late 1980’s the Banks sold off their stake to form a public limited company called 3i Group, which over the next 10 years was publicly floated.

In 2008 following the banking crisis, the Government, through a variety of financial instruments (costing around £500bn), underwrote eligible lending and re-capitalisation plans in return for a combination of ordinary and preference shares in affected banks. In return for this support restrictions were negotiated on wider matters, including executive pay and shareholder dividends.

The key lesson from this experience is that unlike other country’s responses, the Government addressed both near term solvency and cash flow, and crucially medium-term re-capitalisation.

A similar approach is required now. In the absence of a strategy for re-capitalisation too many businesses will fail. And the task of recovery will become even harder and longer.

It is inevitable that some investments will fail. But informed and independent decision-making combined with robust evaluation and risk management capabilities will be the key to keeping these to a minimum and maximising success.

There are existing public sector led platforms to build from, such as the BIB, but serious consideration should be given to creating a new publicly-funded platform with strong governance and private sector leadership skills and an executive team. There is no reason why this cannot be assembled quickly given the range of expertise already prevalent in the commercial and investment sector in the UK.

Having something in place even in shadow form to support the development of investment standards and criteria would be particularly helpful.

There must be a national platform given the scale of investment which is required and the skills and leadership needed to successfully implement the priorities. Not every region in the UK has the skill and capacity to take this forward successfully. But every part of Britain has an important role to play in maximising the prospects of success.

It would be crucial to direct local businesses towards the scheme; supporting their applications and business plans to relate them to national and local priorities and joining up these proposals with local assets around research and development, employment and training, collaboration with academia and supply chains.

Local agencies could also play a crucial role in monitoring the performance of businesses and their compliance or otherwise with investment agreements.

A national platform would have to work hand in hand with local democratic structures, and also with wider policies about levelling-up and creating a wide range of national businesses. Because to recover from the effects of Covid-19, that is what Britain will need.