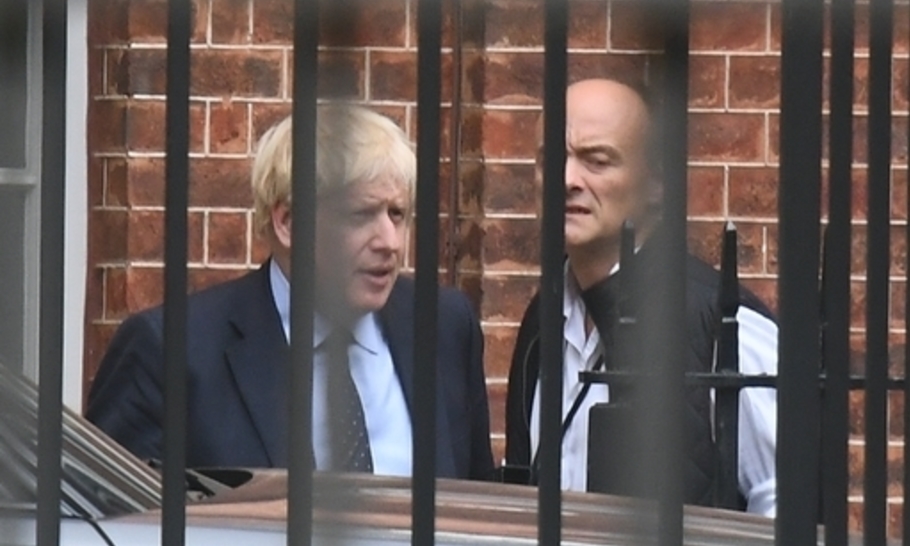 What do I think about Dominic Cummings, the man who, more than any other single individual, is the reason I am no longer the Conservative MP for NE Bedfordshire?

This is harder than it seems. Any father has sympathy for those whose children are caught up in politics, as mine were when they had to witness protest, graffiti on our house and posters in our village calling me a murderer, when I had to stand up for Conservative Government policy on Child Support. It is sometimes hard to do that, when our policy impacts so personally upon us. On the other hand, that is our job. The whole point is that ministers are bound by collective responsibility and are obliged to convey certainty to the public. That is one of the clashes at the heart of this business.

At the time of writing I do not know if Mr Cummings is to remain in his post or not. It seems best to avoid a straightforward prediction game, though the comments of Conservative MPs so far seem pretty conclusive. In a sense the answer is immaterial; whether he stays or not the furore about his travel to Durham during the lockdown phase of coronavirus has done its damage to a Government that seems far too reliant on a special adviser, no matter how special this one actually is.

I’m old enough to remember when special advisers first became noticeable, principally through “Yes Minister” as far back as 1980. In the series, Jim Hacker’s adviser, Frank Weisel, was eventually found an office — in Walthamstow. This banishment to the outer fringes of London demonstrated more clearly than anything how Whitehall viewed the spads.

I worked with excellent spads in my eleven years as a Minister, as well as with the excellent Tony Kerpel, who was special adviser in the five years I spent as PPS to Ken Baker. The best of them are the ones by and large you do not know about. Quite right. If they want to be known and accountable, get elected. If not, then their role is different.

This then is the conundrum about Dominic Cummings. He is simply too big for his title, and doing a job which is almost impossible for him. He is destined to be the story in a role where he should not be, just as he has always been, from the time when he worked for Michael Gove, to the Vote Leave campaign, to now. And this is the hard bit for me. I ought to resent a man who, although it was my decision to leave Parliament after thirty two years, bears significant responsibility for the circumstances that provoked it. But I am not. From my experience of Government, it needs people with minds like Cummings’s, who are prepared to confront the sacred cows, be totally, indeed arrogantly, confident of one’s position. But his mind, crucially, is allied to a personal character of unhidden disdain for the institutions and people being examined. He might therefore well advise, and effectively, but not run Government with the realpolitik power attached — it’s the wrong role for him.

I wrote in the Observer last September, at the time of the Prorogation crisis: “The errors began with the reconstituting of the Vote Leave team at No 10, making the classic error of fighting the next war like the last, assuming, with the arrogance of years of despising politicians and Westminster, that running government was easy if you cut out the middle-men.” I stand by those lines.

The corruption over time of the news, the concept of “spin” and the often vicious hostility of polarised opinion on both sides, in social media particularly but also elsewhere as a consequence of the Brexit debate, is a dangerous mix for a country reeling from the virus, and desperate for leadership and authority. I never believed that authority was likely to come from a campaign attempting to govern. The events of the last few days allow the Government to re-set, and to look for an opportunity to create a different atmosphere. The Government should build upon the growing sense that the country wants to be different after Covid-19. It needs to reach across to others, to form a broad programme of change. The Prime Minister could be very good at this.

Government and Parliament should grasp this opportunity for change. This Government was set up structurally for a programme that has been eclipsed by the pandemic; the old structure will not do. The public yearns for away ahead — and if No 10 gets it right, they might ultimately save the Government itself.