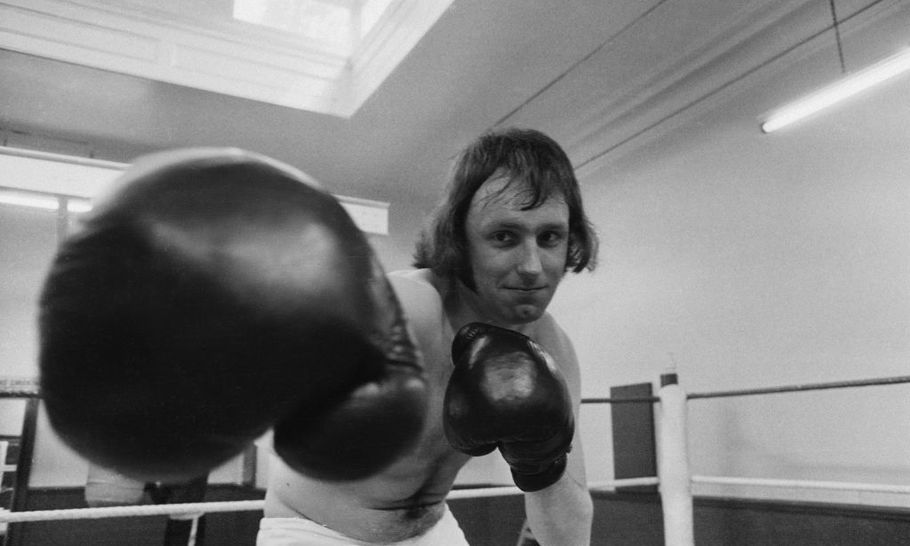 Paul Dacre, the controversial and influential editor of the Daily Mail from 1992 to 2018, is making headlines once again. Boris Johnson is reportedly planning to make the man that the intellectual snobs of the liberal media love to hate the next chairman of their regulator Ofcom.

I worked closely with Dacre for ten years until 2005. I hope he gets the new Ofcom job that the Prime Minister is reported to have in mind for him. My take on him contrasts sharply with the views expressed by Daniel Wolf today in his essay on the former Mail editor. Wolf and Dacre were both at University College School, Hampstead, in the mid-1960s. It is a progressive but expensive, intellectually elite, public day school, well suited to the area. But it was surely not the natural breeding ground for the Dacre we know, or in some cases think we know.

Wolf paints a facinating picture of the earnest, slightly nerdy schoolboy and his genteel, rather cultivated Hampstead Garden Suburb home. Paul and Daniel were, apparently, close friends. But when they left school, Wolf lost touch with Dacre. He joined those who hate and loathe the man from afar. It is that contempt which drives Wolf’s powerful polemic. But he gives an unbalanced picture.

For Wolf, like much of the media, Dacre (pictured above, in 1972) was the editor who debauched his trade, his paper and his country with his alleged hatred of immigrants, gays and lefties, and his undoubted hatred of the European Union (which Wolf evidently adores). In fact, Dacre took pride in research which supposedly showed the Daily Mail had a higher proportion of Jewish readers, those of Asian heritage, and even of gay people, than more radical papers.

If the late Harold Evans represented all that was good about British journalism, then, for the critics, Dacre, represented all that was bad. He was, for them, professionally, politically and personally, a monster: cruel, bullying, foul-mouthed and lacking all self-control. In spite of his formidable reputation and undoubted success, they say he wasn’t even an innovative editor.

Nonsense. It was on his watch that the trailblazing “Femail” section came of age. This mid-market tabloid also commissioned countless long pieces by heavyweight historians, economists and sociologists to woo serious readers. The Ephraim Hardcastle column carried astonishingly well-sourced gossip about politicians which became required reading. Yet Dacre also ran popular  pieces — “How short should schoolgirls’ skirts be?” “Does Princess Diana have a cellulose problem?” — that were designed to seduce readers away from the Sun. Dacre’s Daily Mail proved a highly successful experiment, that was eventually copied by most of the national dailies.

Even so, the Mail’s proprietor, Lord Rothermere, is said to have had enough of Dacre by 2018. He was reportedly kicked upstairs to detoxify the brand, and he eventually become the largely ceremonial chairman and editor in chief of Associated Newspapers.

Thirty years after Dacre and Wolf became school chums, Dacre poached me. I joined the Mail to write leaders, political commentary and to ghostwrite articles by sensitive political figures. So I worked closely with Paul, seeing him several times each day. Mine was an unlikely appointment. Son of a trade union leader, married to the daughter of an Indian immigrant, living in Hampstead, I’d spent my professional life writing for the Guardian and then the Independent. Yet I spent ten happy, though challenging, years at Dacre’s Mail, before retiring.

I had not known Dacre before he recruited me. Not surprisingly I did not recognise the nerdy teenager Wolf knew. But neither did I recognise the King Kong of the newsroom of liberal legend. Yes, Dacre could be a foul-mouthed bully and difficult to reason with. He drove his well-paid staff hard. But he drove himself harder. The paper was his life. And, remember, he was producing a stunningly successful tabloid in an intensely competitive market. Heat and kitchens are words which come to mind.

At first I was shocked at the way he ran the morning conference. He would pick on some poor soul for having missed or mis-interpreted a story and pillory him or her mercilessly. Only later did I come to realise that this was his way of testing out and toughening up those he saw as potential leaders. A few months after a period of ritual monstering, one of his regular victims would emerge as a senior executive. In much the same way, his rants, which could turn utterly surreal, were often a performance to keep people on their toes. And they were very funny with it. For example, Dacre hated taking holidays but his wife Kathy insisted. One morning in conference he announced that Kathy was forcing him to go to Umbria during the summer. “That’s in Tuscany?” he suddenly demanded of some random colleague. “Er, not exactly, Paul,” came the stuttering reply. “It’s ncxt door.” Dacre exploded. “Well, how would I know? Nobody tells me anything!” as if it had been somebody’s duty to send him a memo on the geography of Italy, just in case.

He could on occasion be hell to write leaders for. I would sit down, notebook open, as he sounded off about the EU, the railways, soft policing or whatever. Then I went off to write the draft editorial and take it back to him. If I reproduced his words with care, he would explode that I was not a secretary. My job was to express the paper’s view in my own words, not “take dictation”. When I attempted to capture his meaning rather than his words, he would often groan: “John, John, you just don’t listen, I can’t see a word of my briefing.” Yet, on the morning after a particularly fraught evening session, he might well growl congratulations on a good leader, as he passed me.

He was also unexpectedly kind to reporters who had personal problems. A small instance — one reporter was phoned at the office to be told (wrongly as it later turned out) that his daughter at university had probably contracted a terminal disease. He was sitting shell-shocked at his desk and when Dacre discovered he immediately offered his company car and driver to drive the worried father to and from the university hospital. There are many such stories. On the Day of Judgement they should be weighed against the complaints of those, including some talented women, who walked out because they could not or would not take the constant hectoring.

So what was the crucial factor about Dacre’s editorship? It was that he honestly believed in the causes the paper espoused. And he had absolute confidence in his judgements. He also had a fingertips feel for the views and mood of his crucial readers; middle class, middle Englanders, and what used to be called the aspiring working class. The only time his self-confidence was shaken was after the death of Princess Diana. He could not comprehend, and didn’t much like, the rather hysterical mood of public grief and mourning which swept across the nation. He feared he had lost his magic contact with his readers and was said to have briefly considered resigning.

But, with that one exception, Dacre instinctively felt and spoke for his people, whose views were often ignored or derided. Examples? He saw and shared early on, people’s growing anger about the European Union. And the Mail picked up before any other paper the collateral damage unrestricted and unplanned immigration was imposing on fragile communities. He recognised that the northern grooming gangs were — for whatever reason — composed overwhelmingly of Asian men, and that for reasons of misplaced ethnic sensitivity, they were often given an easy ride. Their child victims — almost all white — were dismissed as underage prostitutes or “sluts”.

Yet Dacre also shared the revulsion and anger among his readers at the murder of the black youngster Stephen Lawrence by a gang of white racist thugs. The names of the killers — swaggering petty criminals — were widely known, but the “institutionally racist” Metropolitan Police were dragging their feet, as the official inquiry later confirmed. Dacre’s finest hour came when he decided to risk massive fines and/or imprisonment to break the log jam and name the killers. That was crusading journalism at its best. It was at least as admirable as any of Harold Evans’s great crusades. “Murderers” said the one word headline across the whole of the front page. Below were photographs of the five killers and their names. Above them ran this bold assertion “The Mail accuses these men of killing. If we are wrong let them sue us”. It had been open to any of the self-righteous broadsheets who so despised Dacre to beat him to the punch. They didn’t have the guts.