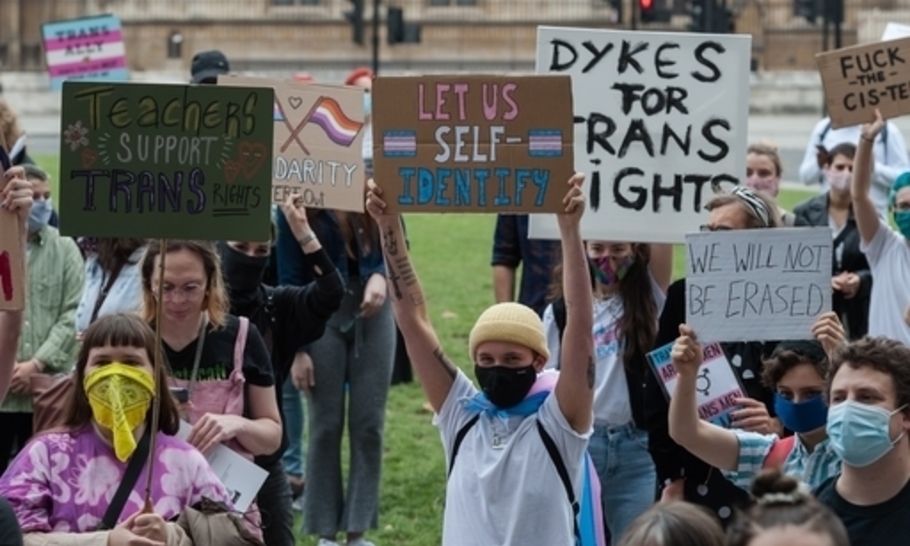 For everyone who has been trying to figure out what is going on with “sex and gender” these days – Trans by Helen Joyce (Oneworld, £16.99) is for you. If you are struggling to understand why Maya Forstater needed to go to court to defend her right to believe that biological sex is binary and immutable; if you want to know why the Royal Academy might stop selling tapestry flowers made by Jess de Wahls because she knows that sex is real; if you can’t quite accept that a 43-year-old biological male, Laurel Hubbard, is competing in the women’s weightlifting competition at the 2021 Olympics – this book is for you.

Equally, if you think all this is esoteric, plain bonkers, or both – and should just go away – this book is for you. Because, extraordinarily, over the last decade, “gender ideology” has been taking over our policymaking processes and is making its way into every corner of our lives. As it does so, it is inflicting extraordinary harm. If it remains unchallenged, it will eventually impact every single one of us and it will do the most harm to the most vulnerable. This book explains why and how. Please read it, so you can join in the debate, perhaps even the pushback.

The introduction alone lucidly lays out the key strands and glaring problems with gender ideology. It is too good, and too clear, not to summarise here.

The idea behind gender ideology is “that people should count as men or women according to how they feel and what they declare, instead of their biology”. This is the central tenet of a belief system that sees everyone as “possessing a gender identity that may or may not match the body in which it is housed”. Where an individual self-identifies such a mismatch, they’re “trans” – or any other self-declared neologism – which everyone else must respect.

Joyce traces the origins of this belief system back a century when doctors first sought to give physical form to the yearnings of a tiny handful of people who longed to change sex. “For decades such ‘transsexuals’ were few and far between”. However, while most of us haven’t been paying attention, and with a speed and success that is hard to grasp “… since the turn of the century the exception has become the rule. National laws, company policies, school curricula, medical protocols, academic research and media style guides are being re-written to privilege self-declared gender identity over biological sex”. At the same time “more and more people are coming out as trans, usually without undergoing any sort of medical treatment”.

Foundational knowledge, basic facts, our eyes and ears – should have stopped this ideology in its tracks. Joyce summarises this.

What our eyes tell us, is true. “Biological sex has an objective basis lacked by other socially salient categories, such as race and nationality. Sexual dimorphism – the two sexes, male and female – first appeared on Earth 1.2 billion years ago… In all that time, no mammal has ever changed sex”.

Sex matters. “In no society – anywhere, ever – have people been oblivious to the sex of those around them, and certainly not in situations involving nakedness or physical contact”. “In all societies – everywhere, always – the overwhelming majority of violence, sexual assault and harassment suffered by female people has been perpetrated by male ones”. “Single sex spaces exist for these reasons, not to prop up privilege or pander to prejudice”.

But aren’t we free? To believe and to identify however we want? Yes. Absolutely. However “…other belief systems accommodated in modern democracies are, by and large, held privately”. In contrast, “gender self-identification is a demand for validation by others”. The ideology is about requiring, demanding, “others to identify you as a member of the sex you proclaim”. The problem? “Evolution has equipped humans with the ability to recognise other people’s sex, almost instantaneously and with exquisite accuracy”.

This should have been easy, shouldn’t it? Our biological sex, and our knowledge of it, is baked into our bodies and our brains. Sex matters because it is real. Suppressing our knowledge of that requires us to override our evolutionary instincts, our senses, our reason. Helen Joyce shouldn’t have needed to write this book.

Yet gender ideology took hold. Joyce sets out early beginnings from that tiny number of people with gender dysphoria (or autogynephilia), out through medical experimentation, “queer theory” in universities, billionaire biotech and pharmaceutical entrepreneurs with personal and financial interests, and on out via the internet and social media.

And she sets out how it harms.

There are the children with gender dysphoria, or simply internet accounts, who are persuaded they are born in the wrong body, and who come to believe they will be happier once sterile and medicated for life.

Gender stereotypes are dragged back out of the dustbins of history to help children decide what gender they might be. Safeguarding suffers as organisations cower to the ideology. Schools let trans-identifying boys use the girls’ toilets and changing rooms.
Girl Guides decide they won’t tell parents if trans-identifying boys share accommodation with their daughters.

Female boundaries are battered – as in the case of a certain Canadian, Yaniv, who demanded that low-paid women, working from home, wax his balls. Women of faith are sidelined as their privacy concerns over gender neutral spaces mean they stay at home.

There is the unconscionable decision that the feelings of trans-identifying male prisoners (some of whom are violent sex offenders) should be prioritised over the safety, dignity, and privacy of female prisoners (many of who have been assaulted and abused by men).

There is the erasure of homosexuality – having a genital preference is “transphobic”. Most harmed are lesbians – some of whom have been banned from lesbian dating sites for being lesbian.

There is the ongoing attack on freedom of speech, as we are told on this subject there can be “no debate”.

There is the assault on language as words used to describe women are judged “transphobic”. There is even the erasure of women as a category of human being. Women are “multifaceted, intergenerational, international… limitless, formless…”

As Joyce points out, “when women are limitless and formless, they can have no political demands”. Perhaps that is the whole point.

When you have successfully silenced people’s intuition and senses; when you have eroded language, truth, and logic; when governments and organisations have kowtowed to your demands, what then? You are left in charge. Ultimately this movement is about power.

Joyce lays it all out lucidly, carefully, compassionately. She also tells the story of the heroic “Re-Sisters” and the pushback that has begun – most especially here in the UK.

This is a story that matters very much for all of us. It’s a fascinating story about our human susceptibility to ideology. Because it affects us all, it’s ultimately a book about that greatest of all human conversations: how do we live successfully together? What matters and who decides?

I’m going to end with two quotes — these, not from the book.

First, Colin Wright, a biologist who has followed this debate closely. He says ‘I’m frequently asked why I focus so much on the nature of biological sex. It’s because in my view this may be reality’s last stand. If this undeniable fact can be denied en masse, then we become hostages to chaos. We simply cannot afford to lose our collective tether to reality”.

Second, words which will always haunt me, those of a mother: “My once beautiful daughter is now nineteen years old, homeless, bearded, in extreme poverty, sterilised, not receiving mental health services, extremely mentally ill, and planning a radial forearm phalloplasty (a surgical procedure that removes part of her arm to construct a fake penis)”.

How do we want to live? How do we want our children to live? Helen Joyce tackles this matter. Buy her book for your teenagers. Give it to your boss. Send it to the head of HR. Place it on a bench at the Royal Academy. Sex matters. Tell everyone.