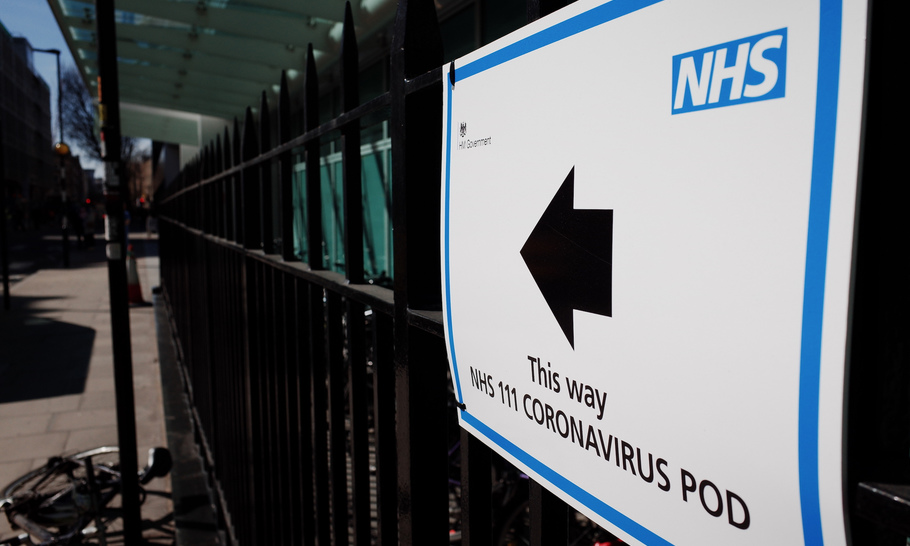 A “Black Swan event”, in the words of Nassim Nicholas Taleb, is something of extreme impact for which “nothing in the past can convincingly point to its possibility”. With most of us holed up at home under the Prime Minister’s latest orders, we probably feel that we’re all living through a Black Swan event. Except we aren’t. In fact, what is happening is something that the British government itself predicted as a high probability event only three years ago.

In 2017 I was helping a developing country improve its national security and threat assessment capabilities. I had immersed myself in Britain’s National Security Strategy, a document produced in November 2015, a period of distant history in which Brexit wasn’t a thing, David Cameron had a secure majority and was at the start of his second term, and Boris Johnson was London mayor and a jester in the court of the British media.

The 2015 strategy identified “disease, particularly pandemic influenza, emerging infectious diseases and growing Antimicrobial Resistance” as one of the six “Tier One” risks to the UK (the other five are perhaps less surprising: terrorism, cyber, war, instability and natural disasters). The government had clearly identified the risk of an emerging infectious disease such as coronavirus.

Indeed, a subsequent document that specifically focused on “biological security” went into some detail, explaining that, “increasing international travel, trade and urbanisation will increase the potential for new infectious diseases to spread beyond the areas of the world in which they were once contained”. Further, the same document recognises that “diseases originating with animals will affect humans”.  A “National Risk Register of Civil Emergencies” published in September 2017 has a helpful matrix (Matrix A, see below) illustrating different risks in terms of their probability and impact. The risk that was identified as being both the most likely and as having the highest potential impact was pandemic flu (grid ref 5,4). Emerging infectious disease, such as coronavirus, was logged as equally likely, but its impact severity was rated at three out of five, as opposed to five out of five for flu. Nonetheless, a society well-prepared to deal with pandemic flu would be well-placed to handle the current crisis. 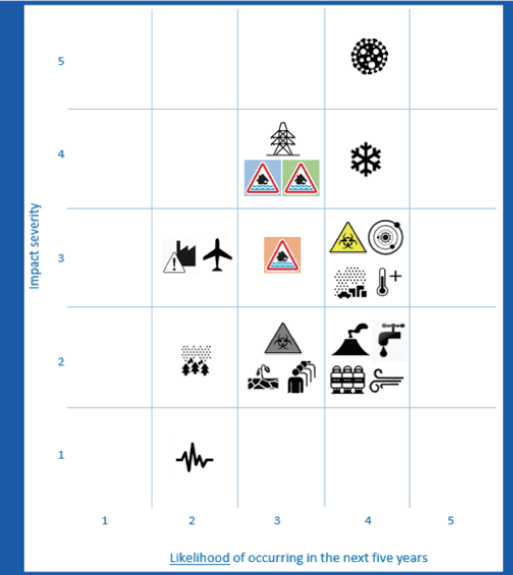 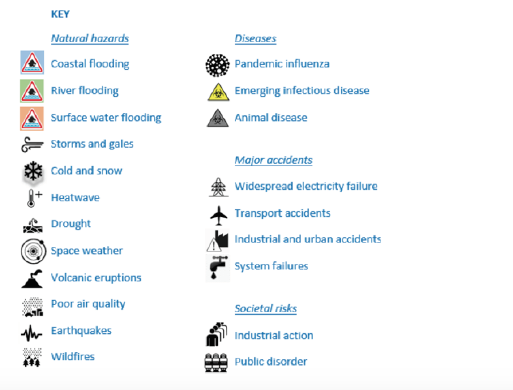 Key to Matrix A

It’s clear that the people paid to think about these things had identified something like the current crisis as a likely and severe risk. The question has to be whether, having identified the risk, the government took adequate steps to prepare for its occurrence? If we go back to the “Tier One” risks, it’s pretty obvious that the government has put masses of emphasis on cyber security and defence. Similarly, natural disasters, such as flooding, were a major political football during the 2019 general election campaign and require major resource investments (budgets for flood defences alone were doubled to £5 billion this year). And counter-terrorism, since 2001 and especially since the 2005 London “7/7” bombings, has been a massive political and administrative preoccupation of successive governments. Counter-terrorism has been used to justify all kinds of costly activities, including at various points the entire presence of British troops in Afghanistan (which cost at least £37 billion), a huge expansion of policing and security services, as well as new laws allowing the government to intercept private communications and data.

To put these risks in context, terrorism — a serious and damaging threat to British public life — has claimed 92 victims in Britain since 2005 (this number includes the 52 victims of the 7/7 attacks and victims of far-right extremism). By contrast, in the 16 days from 2-18 March, 103 died from coronavirus. Nobody knows how many will eventually succumb to this disease, although a widely-credited projection talks of 250,000 deaths, even in the context of a range of mitigation measures. But, before the current outbreak, who had heard our leaders talking about this issue?

Britain’s ability to respond to emerging infectious diseases comes down to its public health resources. Testing, contact tracing and advising on issues such as social distancing are all part of the remit of Public Health England, a specialist body established in 2013 after public health responsibility was removed from the NHS. Public health budgets are distributed via local authorities and must cover a far wider range of responsibilities than infection control, including promoting healthy lifestyles and reducing harm from addictive substances.

By removing these funds from the NHS budget, public health has not benefited from the same increases that the wider NHS has secured. Overstretched local authorities have used their public health allocations to make up for cuts elsewhere and an investigation last year identified nearly one billion pounds of cuts to public health, falling largely on the most deprived communities. As coronavirus has gripped the country this month, barely anyone noticed the government announcing its funding allocation for public health for the coming year, a total of £3.28 billion, a real-terms cut, announced only weeks before the start of the financial year, leaving local authorities little time to plan and commission services. By contrast, the NHS budget stands at £140 billion.

When we hear about Britain’s struggles with testing and contact tracing coronavirus carriers, we are hearing about an underfunded public health system. We may have identified the risks of infectious diseases back in 2015, but we have singularly failed to invest in our ability to respond to them.