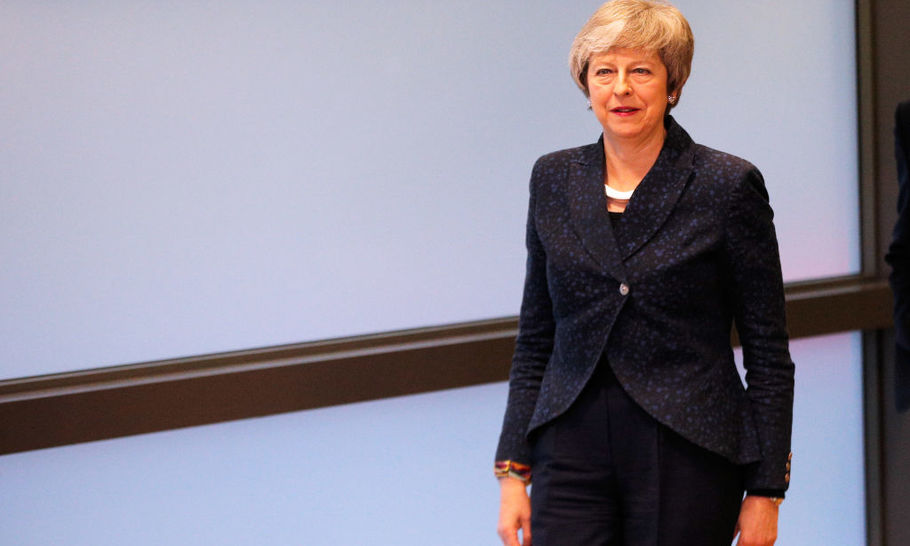 In an important recent paper about the Brexit negotiations’ effect on Northern Ireland, David Trimble’s former adviser, Lord Bew, expressed astonishment at “the way in which the British government has allowed the Irish government to control the narrative around the Good Friday Agreement unchallenged.”

Yesterday, as the prime minister delivered a speech about leaving the EU to an audience in Belfast, she hinted that her government could accept yet another spurious nationalist claim, based on a misinterpretation of the 1998 peace accord. “I know that in some cases recently, people have encountered difficulties in securing their rights as Irish citizens to bring in family members,” Theresa May said, before adding that she would ask the home secretary to “review these issues urgently”.

That may seem like an innocuous undertaking, but it’s based on an ongoing republican campaign to undermine British citizenship law and put Northern Ireland further at a remove from the rest of the United Kingdom. Mrs May might be trying only to attract goodwill from nationalists, but she risks inadvertently boosting Sinn Fein’s assertion that it is standing up for rights and equality, based on a scurrilous misreading of provisions in the Belfast Agreement relating to identity and citizenship.

This particular campaign came to prominence largely due to the ‘De Souza’ case, which involves a Londonderry woman whose husband applied for permission to remain indefinitely in Northern Ireland, under a scheme designed for spouses of non-UK EU citizens.

The application was turned down by the Home Office on the grounds that De Souza, who was born in Northern Ireland, is a British as well as an Irish citizen. Her husband could have applied for residence as the spouse of a British citizen and officials also helpfully suggested that Ms De Souza could renounce her UK citizenship, to avail of the EU scheme.

Instead, they launched an appeal citing her supposed right, under the Good Friday Agreement, to be considered ‘Irish only’. De Souza won her initial case at an immigration tribunal, but the Home Office quite properly appealed that decision, as it appeared to contradict British citizenship law directly.

The British Nationality Act 1981 determines that everyone born in the UK is a British citizen, if at least one of their parents was a British citizen. There are no distinctions based on the nations or regions of the UK. Most people born in Northern Ireland are also entitled automatically to Irish citizenship under Republic of Ireland law, but this is in addition to, and not instead of, British citizenship.

De Souza and her supporters, like Sinn Fein’s Dublin senator Niall O Donnghaile, quote a provision of the Belfast Agreement that recognises, “the birthright of all the people of Northern Ireland to identify themselves and be accepted as Irish or British, or both, as they may so choose.” They place less emphasis on the rest of the paragraph that confirms, “their right to hold both British and Irish citizenship is accepted by both governments and would not be affected by any further change in the status of Northern Ireland.”

The agreement asserted a right to identify as Irish or British or both, linked to a right to hold both British AND Irish citizenship, not, it should be noted, British OR Irish citizenship. For that reason, the British Nationality Act was not amended when the Northern Ireland Act 1998 enshrined the Good Friday deal in Westminster legislation.

This may seem like a rather abstract legal argument involving a very specific set of circumstances, but it’s part of a broader push by nationalists to imply that “rights and equality” require British and Irish citizenship (and the British and Irish state) to be on the same footing in Northern Ireland. The aim is to side-step the ‘principle of consent’ that currently preserves the province’s UK status, by arguing that the institutions, laws and emblems of the Republic of Ireland require ‘parity of esteem’ with their British equivalents.

It’s important that the human aspects of this story don’t obscure the highly politicised nature of the campaign that accompanies the case. Republicans have reinterpreted the Good Friday accord and used the language of human rights in endlessly inventive ways, to pursue their political objectives. If the document actually sustained all the claims made of it since 1998, it would by now be hundreds of pages long.

Alarmingly, the prime minister’s language during her speech yesterday suggested that she accepts the thrust of these attempts to conflate the agreement’s provisions on identity and citizenship. As she struggles with much graver issues around Brexit, she might believe that this will gain her some sympathy and positive publicity in Belfast.

Yet, depending upon the outcome of the Home Secretary’s review, she could be enabling yet another scheme to undermine Northern Ireland’s place in the UK, by detaching its citizenship regime from the rest of the country. At best, she is encouraging a narrative that has been used by Sinn Fein to justify collapsing power-sharing and subjecting the province to over two years of political crisis.