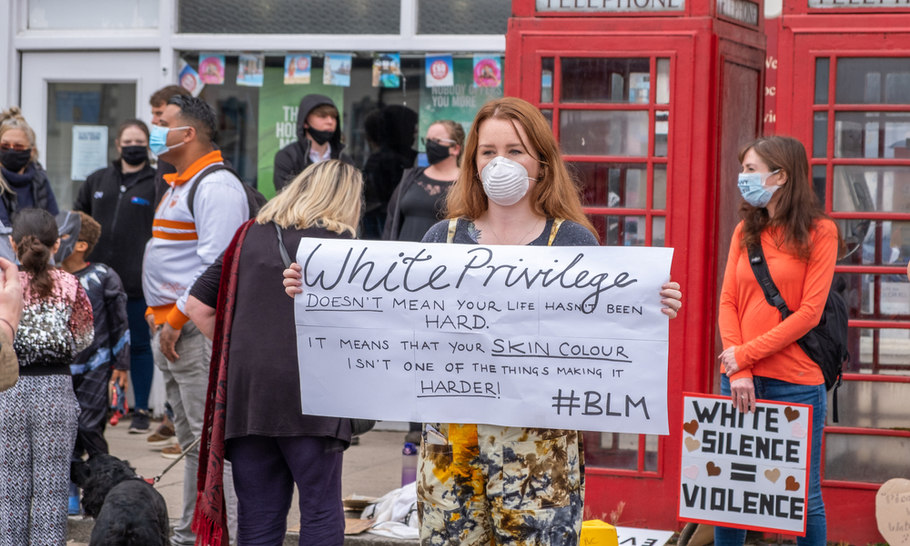 “Check your privilege!” That was the great rallying cry on social media 2013 by those who found it more satisfying to “call out” someone they disagreed with rather than go to the effort of engaging them in argument. Instead, the opponent can be told that their view can be discounted, due to being rich/male/heterosexual/middle aged/able bodied.

We now have much more focus on denouncing specifically “white privilege”. This is linked to the notion of a hierarchy of victimhood which supposedly makes it impossible for white people to be on the receiving end of racism. Another variation is that it is impossible for black people to be racist. “Black People can’t be racist they can only be upset about how they have been mistreated,” tweeted the grime “musician” Richard Kylea Cowie, better known as “Wiley”. Twitter eventually concluded otherwise and suspended his account after a series of anti-Semitic tweets.

Yet the concept of “white privilege” commands plenty of deference from establishment figures. Graham Stewart of the Critic reported recently that the Department for International Development (DfID) ran a message from a deputy director on its staff intranet bemoaning “white privilege” and the “white status quo” and suggesting that white people get out of the way and “create safer spaces” for others. It sounded like a call for apartheid.

Oprah Winfrey is the latest to complain about “white privilege”. She says that being a white person gives an “advantage no matter what.” Winfrey is worth $2.5 billion. She has been a hugely successful TV presenter and shown considerable entrepreneurial flair. Good for her. But does she really feel that all white people have greater privilege than she does? That would be absurd.

Yet that is the kind of absurdity that identity politics drags us into. It happens when we cease to judge people as individuals — each of us with our unique circumstances, abilities and challenges — and instead lump them into a collective group. It defies belief that those judging people in such a way regard themselves as champions of “anti-racism”.

It is true that on average, in both the US and UK, white people have higher incomes than black people. Yet for the grievance-mongerers to suggest that no progress has been made is false and damaging.

Barack Obama declared in his eulogy to John Lewis: “George Wallace may be gone, but we can witness our federal government sending agents to use tear gas and batons against peaceful demonstrators.” There is plenty of evidence to cast doubt on that term “peaceful” — though I suppose some of them will have been innocently caught up in the conflagration. But the wider point of such rhetorical flourishes is the implication that nothing really has changed. Given that, as you might recall, Obama was elected President it is especially silly for him to be pushing such a message.

Shaun Bailey, the Conservative candidate for Mayor of London who happens to be black, says the focus should be on class rather than race. “I’ve probably got more in common with white working-class people than I do with black people from wealthy backgrounds,” he said in a speech this week to the Centre for Social Justice. “In many ways, my early life is more relatable to the white kid in Dagenham than it is to the black kid in Hampstead.”

Definitions of some of these terms can be disputed and importing them from America adds to the confusion. “White privilege exists, just like pretty privilege and tall privilege and first-born privilege,” says Katharine Birbalsingh, the headmistress of Michaela School. “There are loads of different privileges. The problem with the white one is that it is the only one we ever seem to talk about!”

She adds: “Anyone who has ever overcome any obstacle in life knows that if you spend all your time worrying about how insurmountable it is, you will never overcome it. I am not going to spend my time begging the white man to undergo unconscious bias training. It’ll distract me from doing what does work, which is getting kids to learn their algebra, turn up on time, and deliver.”

So even if “white privilege” is meant as an overall measure, it is a pretty fruitless theme to push. It is a deeply antagonistic message for a white person who is unemployed or on a low income or in a failing school or rotten housing. While for black people it is sapping to morale, with its implication that the world’s set against you so you might as well give up. Politically, though, blaming someone or something else for your misfortune — Donald Trump, Boris Johnson, the British Empire, the capitalist system — is seductive. That gives us a clue as to the motives of some of those who parrot this narrative.

In his eulogy, Obama also lamented: “We have not yet reached that blessed destination, where we are judged by the content of our character.” The bitter irony is that groups such as Black Lives Matter are making it harder to achieve the colour blind society that was Martin Luther King’s dream. By promoting division, by attributing collective guilt to white people, they are responsible for undermining the great advances that we have seen.