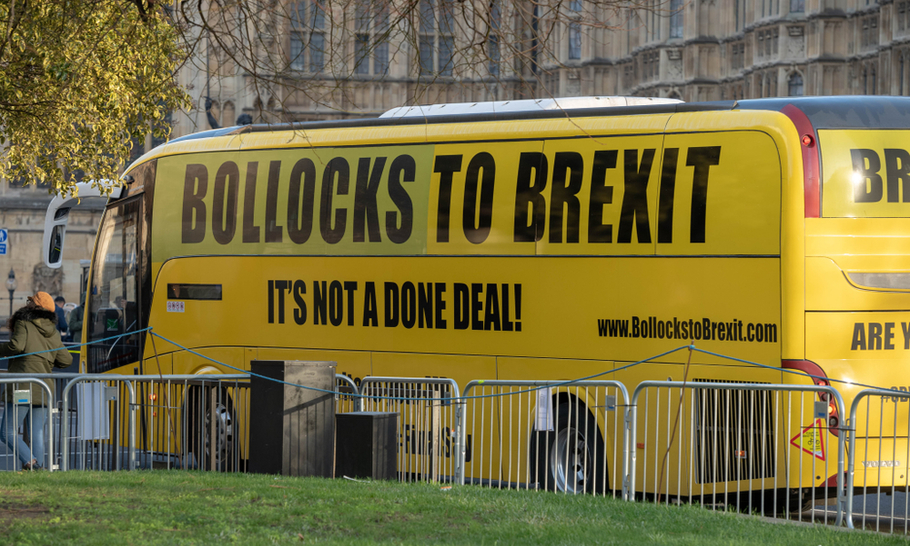 Basking in sunshine at their Bournemouth conference, the Liberal Democrats have extended a warm welcome to everybody: record numbers of new members, social and environmental campaigns of all stripes, refugees from Labour and the Tories. Everybody, it would seem, but the eurosceptics in their own ranks.

Lib Dem Leavers – the John Cleese faction of British politics – are a force in the land. Some polling suggests that around 30 per cent of 2015 Lib Dems voters voted for Brexit in 2016, only a little less than the proportion of Labour Leavers. But, in what politics student and think tank director Torrin Wilkins calls a “hostile environment”, Brexit-backers in the party have faced virulent abuse and death threats.

Speaking to me recently, he explained that the late Paul Keetch, the former Hereford MP with whom he worked closely on the Liberal Leave campaign, lost hundreds of friendships over his stance. Eastbourne MP Stephen Lloyd, a 2016 Remainer who promised his constituents he would respect the referendum result and voted for May’s deal, resigned the whip after a campaign including a petition by members from across the UK. Eurosceptics have been further sidelined after delegates voted on Sunday to revoke Article 50 if the Lib Dems won a general election.

There is discord among Lib Dem office-holders, too. Michael Wyatt, a Leicestershire councillor who has stood for Parliament twice is “extremely disappointed”.

“We’re basically just becoming the Brexit Party [in reverse]” he says, suggesting that his Party is neglecting the real priorities (such as the NHS and education). Wyatt is a pub landlord who spends his days talking to people, and thinks most MPs are clueless about the public’s view of Parliament barring no-deal – “It’s just horrendous, they are the laughing stock of the world”. When he raises this in Lib Dem circles he “gets accused of being a troll”.

Leave-backing Jasneet Samrai from Medway, who aged 18 has already served on the South East Lib Dem Executive, left the Party after complaining of a culture of toxicity and bullying, partly due to Brexit. Jibes she faced include – “You can’t possibly be smart enough”, “You’re young, you don’t know about democracy” and the galling “Why are you a member? You don’t fit in”. There’s a tokenist attitude to ethnic minority members, she says, and “as a woman, [the abuse] is on a whole other level”.

The absence of prominent Lib Dem Brexit supporters has not only left a swathe of voters unrepresented. It also polarises the debate further as fewer public figures are pushing for softer forms of Brexit.

It would be totally unfair, however, to suggest that delegates at Conference have not grappled seriously with issues of democracy and consent. They are highly attuned to these debates – arguing for a second referendum, for example, on the grounds that the first vote was flawed in its design or so distorted by lies and incomplete information that it wasn’t free and fair. Sunderland councillor Niall Hodson’s speech against the Revoke Article 50 clause, warning of the dangers of
unequivocal statements, was widely admired: Lib Dems “have to find a way of telling people who voted for Brexit that we will stand up for you” says Liberal Left activist Linda Jack. The conference Fringe didn’t look like a People’s Vote gathering – and it is clear many party activists are more exercised by other issues from climate change to gender identity.

The truth is, however, that toxic messages such as North Devon candidate Kirsten Johnson’s suggestion on air (for which she has apologised) that the Leave vote was associated with bigotry will travel much further than considered niceties. And while the rank-and-file might like things to be different, the party leadership has stepped up its strategy of all-out war on Brexit: Jo Swinson with her Revoke Article 50 policy is clearly keen to define herself as among the most ardent europhiles in Parliament.

Then there’s a further Brexit-related challenge – the leader’s readiness to welcome so many MP defectors apparently on the basis of their Brexit position alone. As well as brickbats from opponents, this has led so far to the resignations of three Lib Dem LGBT activists, on account of Phillip Lee’s equalities voting record. Welcoming MPs from both sides of the House is a powerful symbol of renewal, and Lib Dems like Linda Jack have high hopes these MPs may find themselves more politically stimulated in their new home. But at what point will charges of insincerity, careerism and denying opportunities to long-standing Lib Dems begin to stick? Commentators may be desperate to bestow the mantel of a “new centre party”, but the public prefers politicians with integrity. The Lib Dems risk once again looking like they don’t stand for anything and can’t be trusted, a possible prelude to a future crash in support.

Instead of taking Sam Gyimah into the party, what if Jo Swinson had accepted his offer of a deal, so he could stand as an Independent with Lib Dem support? Unveiling a whole team of such Independents – a strategic alliance not a takeover bid – might have been even more welcome for politics than the current succession of over-eager embraces.