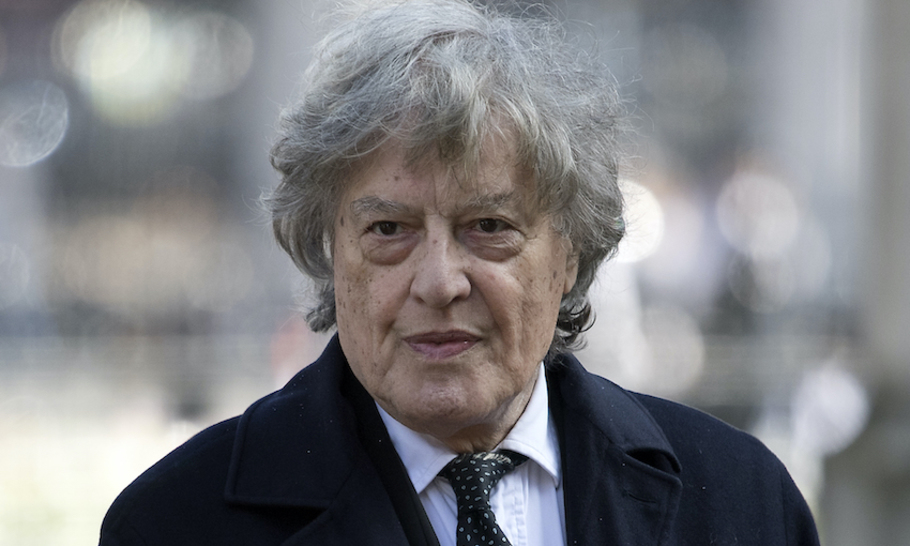 For London, the pandemic is over. On Saturday night the West End was heaving; above all, the theatres are filling up again. An important new play — one that had been forced to close soon after its premiere some 18 months ago — has now reopened to packed houses: Tom Stoppard’s Leopoldstadt.

Though greeted by mixed and slightly baffled reviews, this chronicle of Jewish life is a tragedy on the grandest scale — his first. Sir Tom is outrageously young for his 84 years; even so, there is a valedictory air about this work, as if he had put his most private, anguished emotions into what may or may not turn out to be his swansong.

There is even a character, Leo, who is recognisably a version of the young Stoppard himself: one of the few members of his clan to escape Austria, he is raised as an Englishman and makes a living “writing short, funny books”, the horrors that he has left behind buried deep in the subconscious. His Jewish past all but erased, Leo is a man “without a shadow”. It is a shadow he must confront in the shape of his cousin Nathan, with whom he had played cat’s cradle on Kristallnacht. Nathan was not so lucky: he lived through it all. Tom Stoppard (born Tomas Straussler in another part of the former Habsburg Empire) is acutely aware of the debt that he owes to the six million who were murdered and to the survivors who were less fortunate than he. Leopoldstadt is Stoppard’s magnificent, minutely observed and intensely moving attempt to pay a debt that is beyond redemption.

Many fans of Stoppard’s generation have come to expect more laughs than this play offers them. The jokes are still there, in fact, but this is a subtler, less uproarious kind of humour, seasoned with a lifetime of insight into the self-deceptions of which we are all capable. The critic Erich Heller called Thomas Mann “the ironic German”; Stoppard has become the ironic Englishman.

The play begins in 1899, with the first of many ironies: a Christmas party in a Jewish home. “I don’t mind Christmas,” says Grandma Emilia, the matriarch. “Baby Jesus had no idea what was going on.” The Merz and Jakobovicz families, whose fates are linked by intermarriage, also include non-Jews (“Austrians”) among their spouses. Their children are thus “Mischlinge” (mixed race), in the Nazi ideology that eventually comes to overshadow their comfortable, bourgeois world. That world is symbolised by the opulent apartment where the entire action takes place. Cinematic interludes provide context, but the catastrophe itself is implied rather than depicted. The threat, when it finally materialises in the shape of the Gestapo, is more powerful than the execution.

As we have also come to expect from Stoppard, ideas and mathematics, art and music pepper the conversation: not all of these people are intellectuals, but they all take intellectual values seriously.  The most fully developed character, Hermann (his, like others, is a very “Aryan” name, symbolic of the desire for assimilation), points out that if the Jews were financially successful, it was primarily in order to bankroll the high culture for which Vienna had become a byword. But the power and prestige of culture, like everything else that had been held out as the price of full membership of Austrian society, turns out to have been a mirage. In the end, the Klimt portrait of Gretl Merz (a Catholic who (ironically) becomes the most philosemitic, Bible-reading, Hebrew-learning and pro-Zionist of them all) is all that is left — and when the play ends in 1955, one knows that a decades-long battle awaits the survivors to have this heirloom restored to them by the newly reconstituted Austrian Republic.

Some may criticise the sheer number of characters, around two dozen, not all of whom can be fully realised in a couple of hours on stage. Yet the size and fecundity of the families is part of who they are, as in Psalm 128, “thy children like olive plants round about thy table.” The visual contrast with the handful who remain alive at the end is as essential as the aural contrast between the noisy, cheerful family throng of the early acts in 1899 or 1924 and the subdued, frightened group huddled together in 1938, after the Anschluss has shattered some — but still not all — of their illusions.

Another critique, also misplaced in my view, is that the play is too didactic. It is true that there are historical pointers, references to Freud, Mahler and other fin de siécle luminaries, plus in-jokes that only a Stoppard could get away with. Above all, there is the underlying subtext: never forget. For the few, these gentle reminders will be superfluous. But is he wrong to focus on the many for whom they may not be enough? The generations who remember are fading fast. Now, before they are gone, it is for those who can to ensure that the unique evil of what the Nazis did to the Jews and what the world did not do to stop them shall never pass into oblivion.

Sir Tom is the right man at the right time to capture the uniqueness of the Jewish tragedy. He may even be in the right place, too: the British have a stubborn resistance to any experience of the Second World War that does not sit comfortably with their own, and it takes a dramatist steeped in our sensibility to render a different, darker narrative palatable by the spice of wit.

Beneath the shimmering surface, though, this is a searing, aching cri de coeur: not the bittersweet nostalgia or exuberant pyrotechnics implied by the adjective “Stoppardian”, but an entirely new departure in his oeuvre. The last play, perhaps, by our greatest living playwright is his first tragedy. If Tom Stoppard had left us nothing else, this would be more than enough to earn his place in the theatrical tradition that stretches from Shakespeare to Beckett and Pinter. Leopoldstadt may one day be seen as the greatest play by England’s last great writer of the 20th century.

This article was credited to the wrong author when it was first published. This has been amended.