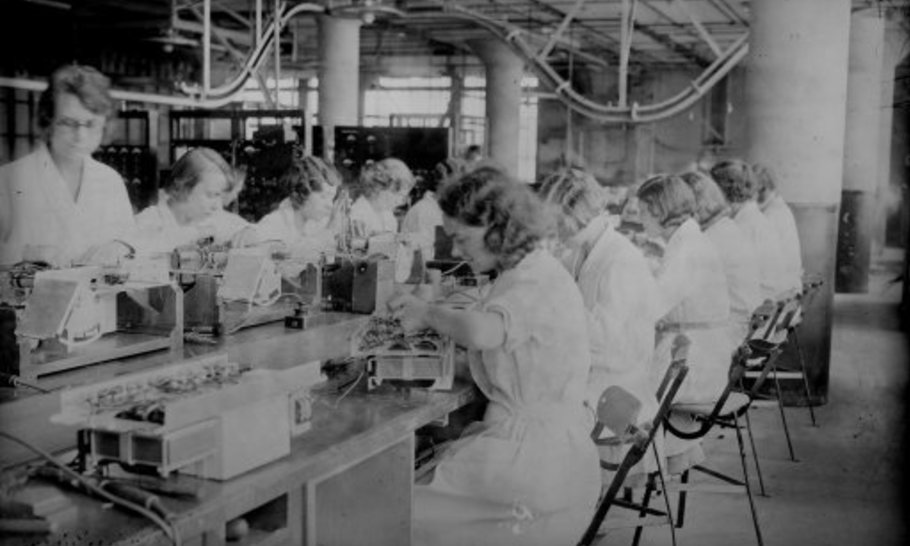 In 1931, the economic situation in the UK was not wholly different from what it is now. The cause was not the same — economic dislocation and depression on an epic scale then rather than the pandemic we have now — but many of the symptoms were the same. Between 1930 and 1931, real GDP in the UK fell by 5.6 per cent. Unemployment rose to just over 15 per cent. There was widespread insecurity as businesses went bankrupt all over the country.

But then, something remarkable happened. The economy suddenly changed gear and started strongly to recover. It then powered ahead. Between 1932 and 1939, UK GDP rose at 3.8 per cent per annum, faster than in any period this long in the nation’s peacetime history. Unemployment fell to just over 7 per cent as the total number of people in work rose by 25 per cent. 1.3 million of the new jobs were in manufacturing. By 1939, the UK economy was almost 40 per cent larger than it had been in 1932 and we were in a strong enough position — just — to withstand the German onslaught in the Battle of Britain at the beginning of World War Two.

What caused this massive change in fortune? It was not a miracle. It was the opportunities created by the 25 per cent devaluation of sterling in September 1931 which suddenly provided conditions that enabled the UK economy to thrive in ways which had been impossible before. A much more competitive economy made it more profitable to export than to import. It became worthwhile siting new industrial facilities in the UK rather than overseas. The consequence was that investment in plant and machinery rose dramatically. It almost doubled between 1932 and 1938, while manufacturing output went up by 42 per cent as productivity soared, rising cumulatively by 16 per cent in six years. Living standards rose three times faster in the 1930s than they did in the 1920s.

The 1930s show what could be done in a democratic environment against all the apparent odds when the right policies are adopted. What a contrast this was to the 1920s, when the economy was sacrificed to a chronically over-valued currency caused by giving top priority to getting the parity for sterling against the US dollar back to where it had been in 1914, despite the fact that inflation during World War One had been far higher in the UK than it had been in the USA. The result was import-led stagnation, unemployment, and widely felt distress.

Unfortunately, the 1940s saw a repetition of the 1920s as a result of policies after World War Two which kept the pound far too strong first against the dollar and then against competition from recovering countries such as Germany, France, and Italy, keeping the UK underperforming while the rest of the western world boomed. Then, to deal with the inflation of the 1970s, we adopted monetarism and neoliberalism, pushing the pound even higher. No wonder our growth rate slowed down and down — from nearly 3 per cent per annum in the 1950s to barely 1 per cent during the 2010s. Ever since 1945, the pound has been much too strong — okay for services but lethal for manufacturing.

But now we have an opportunity to reverse it all again, just as we did in the 1930s — and in essentially the same way. We need the same sort of environment as we had then, with strong incentives to redeploy unemployed people and resource on a major scale towards manufacturing, exports, and investment. This is far better than getting the economy back on its feet with more consumption, more importing and more debt as — sadly — seems to be the government’s current policy. We will never get productivity, growth, and living standards rising on a reasonable and sustainable basis this way.

So, what should we do? We need to adopt the same approach as the authorities did in the 1930s. We need a much lower exchange rate to create the changes in incentives needed to get the economy to grow as fast as it did in the 1930s. Then we can safely raise living standards and public spending.

Why don’t we do it? Because we are too keen on our cheap holidays abroad and low prices for imported goods in our stores. But the price we then pay is sluggish manufacturing, foreign payments deficits, slow growth, continuing austerity, and poor job prospects for far too large a proportion of our population. We can do better than this — and we could and should do so.

Read more on this by downloading the latest research from the John Mills Institute for Prosperity – The Road to Recovery: Reviving Manufacturing after Coronavirus.