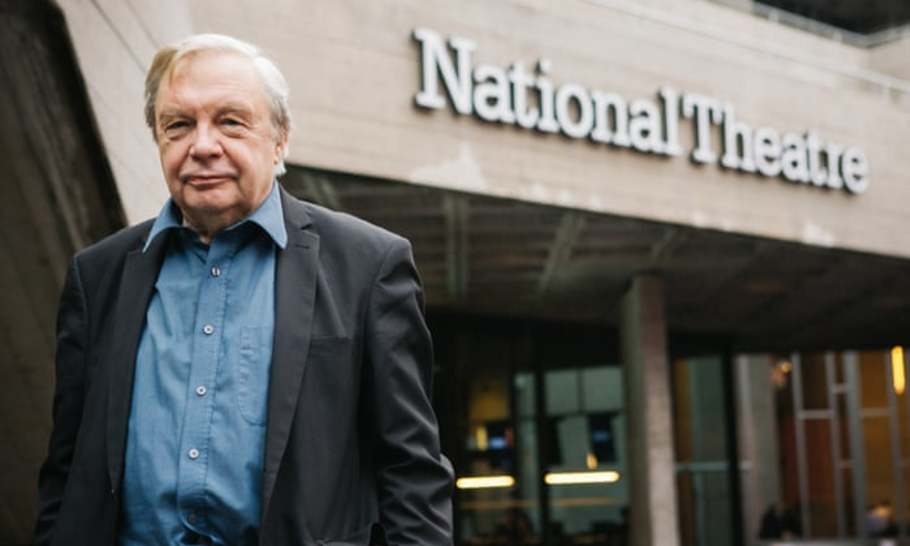 After almost fifty years as one of Britain’s leading theatre critics, and just as his eightieth birthday approaches next week, Michael Billington has announced his retirement. It is a huge loss to see him go but it is also the end of an era in theatre criticism.

Born in 1939, Billington has been the Guardian’s main theatre critic since 1971. In addition, he has written biographies of Harold Pinter, Ken Dodd and Peggy Ashcroft, and a number of books on contemporary theatre and one on the 101 greatest plays from antiquity to the present.

Billington has been lucky in several ways. First, he started at the Guardian at a big turning point in contemporary theatre. As he wrote when announcing his retirement, he was writing at a time of “extraordinary richness when playwriting especially has been more fruitful than at any period since the Elizabethan era”. A new generation of acclaimed playwrights emerged in the 1970s, just as he was starting out: Edward Bond, Alan Bennett, Simon Gray, Tom Stoppard, Caryl Churchill, Alan Ayckbourn, all in their 30s, and an even younger group of political playwrights still in their 20s including Howard Brenton and David Hare, David Edgar and Trevor Griffiths. In Billington’s first year at the Guardian, new plays included Pinter’s Old Times and Bond’s Lear. The following year came Ayckbourn’s Absurd Person Singular, Brenton and Hare’s Brassneck and Stoppard’s Jumpers.

Billington belonged to the same generation as these new playwrights. He was two years younger than Stoppard, a year younger than Caryl Churchill and the same age as Ayckbourn. A lifelong Labour supporter, writing for a left-wing newspaper, he was in sympathy with the leftism of the political playwrights.

Billington was not a snob. He famously ranked Ken Dodd alongside Olivier as one of “the two theatrical geniuses of the British stage”. He rightly loved performers as much as playwrights. He was, above all, a fan rather than a theorist or a polemicist. He admired Pinter, but Pinter was already well established when Billington joined the Guardian.

He also started at a time when theatre criticism, and arts criticism generally, mattered. He belonged to a new generation of critics: Irving Wardle, Jack Tinker, Benedict Nightingale, Sheridan Morley, Nicholas de Jongh and Michael Coveney, among others, all born in the 1930s and ‘40s (except for Wardle, the only one born in the 192os). Only one major theatre critic, Charles Spencer at the Daily Telegraph, was born significantly later, in 1955.

They followed after great names like Harold Hobson and Kenneth Tynan. There was a significant changing of the guard. The two great critics of the 1950s gave way to younger voices: Hobson retired in 1976 and Tynan died in 1980.

Billington is the last of that generation to retire. It’s not just the loss of one voice. It is the passing on an era in theatre criticism. There is not a single theatre critic today I would bother reading. Many are not theatre critics at all; they are features or political journalists doing a bit extra to save the paper money and make a bob for themselves.

Think of those seminal moments in post-war critical history: Tynan on Look Back in Anger, Hobson on The Birthday Party. Tynan famously wrote about Osborne’s breakthrough play, “I doubt if I could love anyone who did not wish to see Look Back in Anger. It is the best young play of its decade.” Hobson wrote of Pinter’s debut, “Mr Pinter and The Birthday Party, despite their experiences last week, will be heard of again. Make a note of their names.” They championed the new wave in the 1950s just as Billington and his generation championed Stoppard and Hare and the new playwrights of the 1970s and ‘80s.

Today, who is there? Theatre criticism no longer matters. With Lyn Gardner and Billington gone from the cost-cutting Guardian, it’s hard to imagine who will replace them – or who will care. Today’s papers, themselves increasingly irrelevant, may just dispense with theatre critics altogether.