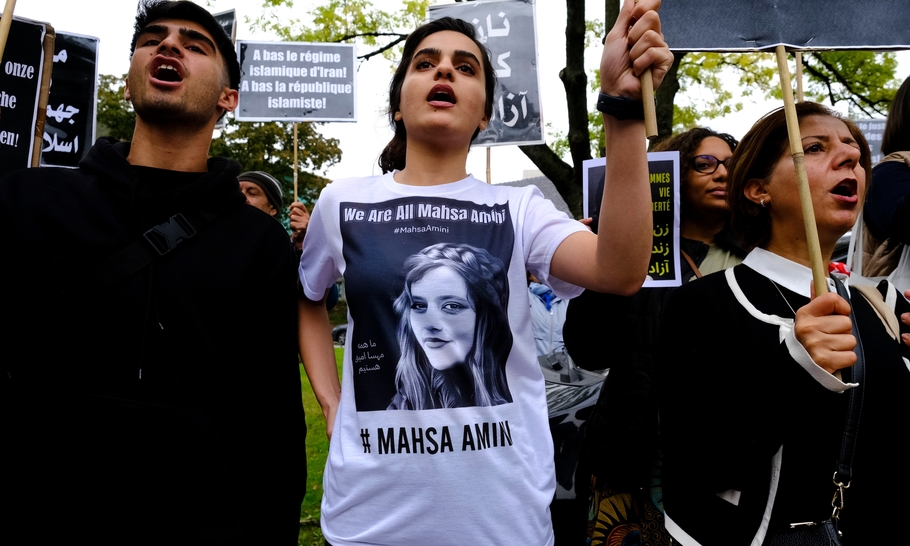 The brave young people of Iran have taken to the streets to protest against the death, in police custody, of Masha Amini, whose only offence was to wear trousers deemed too tight and a hijab too loose. Young women in particular are rising up against the system and the use of the violence it inflicts, and the U.S. has taken steps to level sanctions against the Iranian government.

Sadly, Iran now seems a model for the United States, in two senses.

First, we now have our own morality police, just like Iran. And, like Iran, they concentrate their restrictions on women, as dystopian in concept as Margaret Atwood’s The Handmaid’s Tale. This isn’t about woke or cancel culture. It’s about the very real changes that are taking place to counter norms that have existed in this country for decades. The movement is growing across all levels of government and the changes will impact us all.

Most fundamentally, the morality squad wants to tell women what they can and can’t do with their bodies. There, the squadron has the support of a Supreme Court majority that cares not a whit for law or precedent but only seeks to impose its own political view. Already we have seen states enact bans on abortion that put mothers’ health at imminent risk. Those women are being told by the morality police: we care about foetuses, not about mothers.

At a grassroots level, the strategic, insidious infiltration of the morality police into our classrooms is growing at an alarming rate. Teachers are being bullied and risk being fired for presenting viewpoints at variance with the morality squad’s view of life. Ironically, some of the same people who worry about our children “being groomed” by open discourse and historical reality have no problem putting automatic weapons into the hands of their minor children as they pose for the family Christmas card.

According to the American Library Association (ALA), 2021 witnessed the highest number of book bans since the ALA began compiling the list over 20 years ago. The unprecedented rise in recent years includes books that have been staples on the student curriculum for decades, among them Anne Frank’s Diary of a Young Woman and To Kill a Mockingbird. In 2006, Kansas actually banned Charlotte’s Web because talking animals are supposedly blasphemous and unnatural, while the spider’s death was considered inappropriate subject matter for a children’s book. To the morality police, if talking animals are problematic, one can only imagine how hard they will fight to fend off books with content having to do with LGBTQ communities, the history of race relations in the U.S. and any non-Christian literature. As Ray Bradbury said, “You don’t have to burn books to destroy a culture. Just get people to stop reading them.” Very The Handmaid’s Tale, where women were forbidden to read and write.

Both women and men stand to lose yet again the hard-won right to marry who they want, as the morality cops take aim at same-sex marriage. Those cops want to reach into the bedroom.

The second way in which Iran is a model for the United States is a more positive one: it may take a strong women’s movement to overcome a lot of the issues we face. The upcoming elections will show how strong a force women are in voting to rescue rights they – and their menfolk as well – hold dear. As the Iranian soccer star Ali Karimi tweeted: “Don’t be afraid of strong women. Maybe the day will come when they are your only army.” It is an army the American nation desperately needs now to diminish the scourge of the morality police.