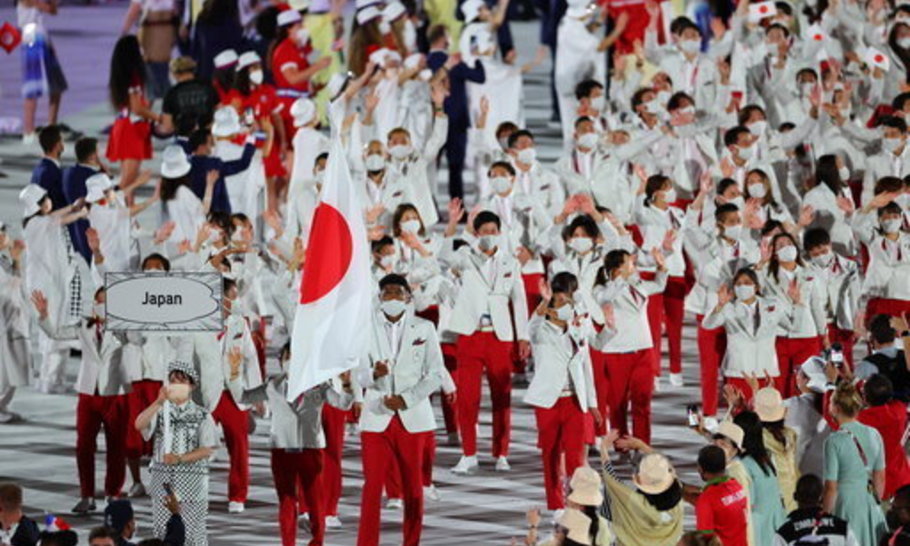 For over a century, the Olympic Games has been seen as the home of sporting excellence. Hoping to turn dreams into reality, athletes from every corner of the globe train for years to compete with the best in the world. Unfortunately, alongside this long and proud tradition of sacrifice and determination, tournaments have often been mired in controversy. When it comes to scandals, the build-up to the Tokyo games has been disastrous on an Olympian scale.

Just hours before the games officially began, Kentaro Kobayashi, the director of the opening ceremony, was fired. Footage emerged of an offensive joke he had made — a full 23 years ago.

A comedian by trade, Kobayashi made a joke about the Holocaust during a TV show in 1998. Along with another comedian, the pair pretended to be children’s entertainers. Referring to some paper dolls, he turns to his co-star, saying they are “the ones from that time you said ‘let’s play the Holocaust’”.

I don’t get the joke. Maybe it’s lost in translation. I guess Japanese humour is an acquired taste — you need only watch Takeshi’s Castle to work that out. But in today’s world of offence archaeology, context is irrelevant: a tasteless joke can cost you your job. Seiko Hashimoto, head of the games, said Kobayashi had made light of the “painful facts of history”. The Japanese Prime Minister Yoshihide Suga described his comments as “outrageous and unacceptable”.

I am not quite sure what is going on in Japan, but Kobayashi is the latest in a list of cancellations to hit the Olympics. If the coronavirus is getting rid of athletes, offence is getting rid of its officials.

In February, Yoshiro Mori, head of the Olympic organising committee, stepped down when he was accused of sexism. Mori thought meetings with female board members would “take a lot of time” because women “talk too much”. That was it. He was out.

The following month Hiroshi Sasaki was fired. The Games’ creative chief suggested to colleagues that the plus-size comedian Naomi Watanabe should be lowered into the Olympic stadium dressed as a pig. Sasaki thought the segment could be called “Olympig”. It would appear that 1970’s comedy is a big thing in Tokyo.

Then, just a few days before Kobayashi’s departure, the composer for the opening ceremony had to resign because it came to light that he had bullied classmates with disabilities at school.

Responding to his own dismissal, Kobayashi issued a statement: “Entertainment should not make people feel uncomfortable.”

As a comedian, he above all should know that comedy always runs the risk of making people feel uncomfortable. I have no doubt that some found his “joke” distasteful.  A lot of jokes are in bad taste — questioning the ethics and social mores of contemporary society. In order to challenge and stimulate debate you need to risk offending people. Now, if instead of a Holocaust joke, Kobayashi could’ve come up with one about Unit-731 — bringing attention to the horrific and sadistic crimes committed by his own country during World War Two — I would’ve been more impressed.

Offence is not given: it is taken. It’s hard to think of a joke — let alone anything else — that would not offend somebody. I’m personally offended by boy bands, so a career as a talent scout is not for me. I accept this decision with joyful alacrity. What you don’t do is fire someone because you don’t agree with what they say, or in this case said over twenty years ago.

The Olympics have barely begun and we have had four dismissals for what are essentially bad jokes plus a misbehaved schoolboy.

Politically correct purges like these are no longer surprising. Offence archaeology and cancel culture have already started to sink their claws into the world of sport. As I wrote for TheArticle, Ollie Robinson was banned from the England cricket team when tweets he sent as a teenager were unearthed just hours before his international debut.

Due to Covid, the head of the Tokyo 2020 Olympic Committee suggested he had not yet ruled out cancellation. Even if the games go ahead, it would appear that culture has now gone global.