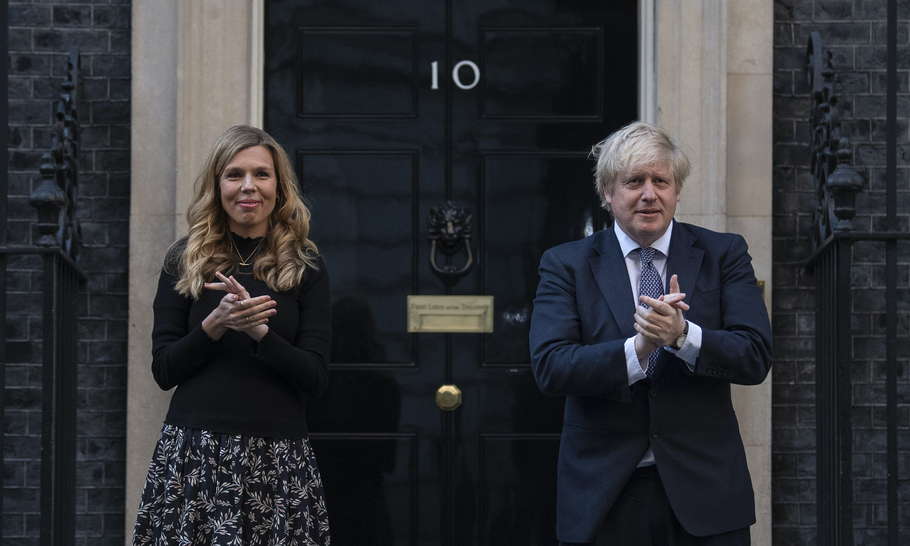 A French public intellectual is said to have remarked of some policy which he found intolerable: “It is worse than wicked. It is stupid.” What cynicism. Perhaps it was Anatole France who also apparently remarked that stupidity was more dangerous than evil because evil sometimes sleeps, but stupidity is always with us.

I was reminded of those quotations when I heard that the Goverment was offering nurses — the ones who risked, and still risk, their lives treating Covid victims, a stupid one per cent pay rise. Including, of course, the ones who nursed Boris through Covid in the intensive care unit at St Thomas’s Hospital. The nurses we applauded in the streets last year, prompted after his return to work, by Boris and partner, standing outside No 10, looking distinctly sheepish as they clapped along. Remember “Save our NHS”?

Many nurses have already given their lives — and more will do so — before this pathetic offer comes into effect next year. Unless, of course, the Government has found its moral compass and sense of public relations before the due date. At least those deaths will save the Treasury a few piddling millions. To make matters worse, Boris and the appallingly straight-faced Hancock have been wheeled out to tell the public that they still love our amazing nurses, blah blah blah, but unfortunately the money isn’t there. What nonsense.

And that is the real point. The Government has found hundreds of billions of pounds to throw at assorted projects to fight the pandemic. I approve of that wholeheartedly. Of course, in the initial rush, some — much perhaps — of that money was wasted on efforts which failed. But who cares? This was, and still is, a once-in-a-century crisis. Its course remains unpredictable. Yes, there was a bit of a smell of cronyism about some of the contracts. So what? An urgent scattergun approach was needed.

Ask yourself why we are doing so much better than the rest of the world, except for Israel,  on the vaccination front? Answer: because Boris gambled many millions ordering vaccines from a number of companies and research centres at a time when it was far from certain that any of them would come up with the goods. Thank God that he did so. It is also to the Prime Minister’s credit that so much money has gone to supporting furloughed workers and helping companies stay afloat.

Because of the success of project vaccination, the opinions polls, after a worrying few months for the Government, are more and more favourable to Boris and his crew. Although fed up with lockdown, people are genuinely excited by the vaccination figures. And the thought of liberation in time for the summer holidays is enticing. Meanwhile the gloss has rubbed off Sir Keir Starmer, leaving the image of a boring, uninspiring, follow-my-leader, on the Opposition front bench. So why this disastrous pay offer? Anyone could have told our masters that it would generate real, not concocted, fury and contempt among the Press and the public.

Downing Street is packed with former journalists, including Boris and Gove, and with PR people and political communications experts, including Carrie. Allegra Stratton, his new press secretary, is impressive, knows her way around town, and has the ear of the Prime Minister. Hard nosed, seasoned operators all. There are spin doctors in every corner, spinning away merrily. Did none of them realise the s**t storm which would blow up if the Government persisted in its folly?

Unlike many of those who comment on articles on this site, I don’t think the Government is wicked. And I don’t much care if politicians are, from time to time, cynical. I’ve been a political journalist for more than half a century and cynicism comes with my job too. But cynicism should have told them — even if their consciences didn’t — that the one per cent pay deal was a cast-iron disaster to be avoided at all costs. Instead, stupidity reigned in Downing Street. And that is even worse for the country than wickedness.