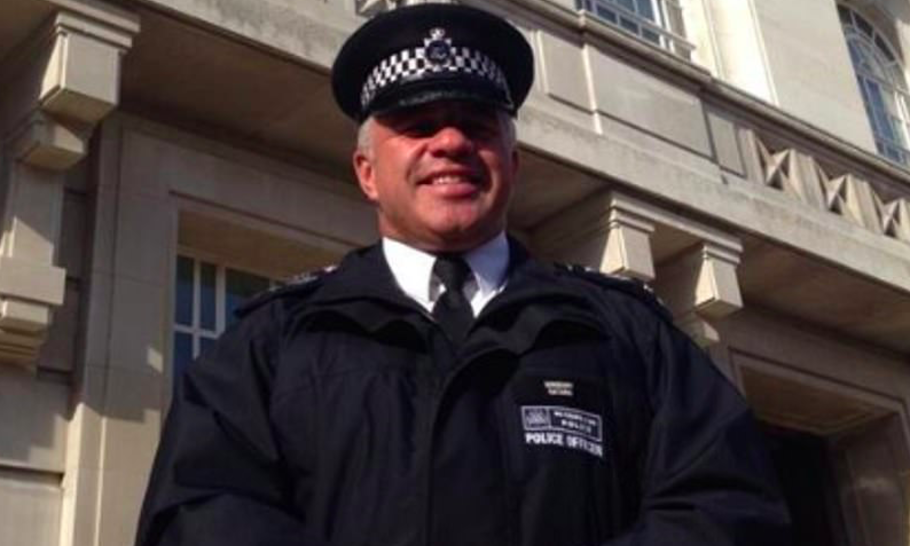 The murder of Matt Ratana (pictured above), the custody sergeant shot in the line of duty at his own police station on Friday, has prompted a debate about violence against the police. Such soul-searching is long overdue. It is only right that the Metropolitan Commissioner, Cressida Dick, and the Home Secretary, Priti Patel, should have laid wreaths yesterday in honour of Sgt Ratana. The Prime Minister and the Mayor of London are among those to have paid tribute to an outstanding officer.

Hand-wringing, however, is not good enough. It is time, not for weasel words, but for action this day. The most shocking statistic to have emerged is the 95 per cent increase in assaults on police in London since the beginning of lockdown last March. This level of violence is, or ought to be, unacceptable. And yet politicians of all parties do accept it. They should be ashamed — and so should we, the public, if we tolerate such malevolence in our midst.

It is true that police fatalities in the UK are rare, and shootings even rarer. The last such incident was in 2012; compare this with the United States, where 38 officers were shot dead in 2019 alone. Sgt Ratana is the 17th Metropolitan Police officer to be killed by a firearm since 1945 and only the first to be shot in a police station.

Yet the very fact that his suspected killer, Louis De Zoysa, was able to conceal a revolver in his underwear even after his arrest is disturbing. An initial search revealed ammunition and cannabis, so he was brought back to the station for a more thorough body search. Though handcuffed, he appears to have succeeded in firing the weapon at Sgt Ratana before turning it on himself. Clearly the protocols surrounding police searches will need to be revised to take account not only of the rights of the suspect, but also of officers’ safety.

The deeper malaise, however, consists in a lazy but widespread assumption that policemen and women have “volunteered” to endure verbal and, increasingly, physical assaults as a matter of course. In dealing with hardened criminals or terrorists, police officers know that they must reckon with the possibility of violence. Hence they may be armed or at the very least wear protective clothing. They are also likely to treat those who are known to be dangerous accordingly.

The vast majority of people, however, do not fall into these categories. Police do not take extreme precautions in their interactions with the public because they themselves are members of the public in uniform. If we are to preserve our hallowed tradition of policing by consent, the personal inviolability of officers must be supported by every single citizen. The respect and even awe that used to accompany police officers as they went about their duties seems to have diminished in urban districts, especially the capital. Too many normally law-abiding individuals believe that, where their own beliefs or principles or interests are concerned, they are somehow above the law. Such people consider themselves more virtuous than the rest of society and therefore entitled to break the laws by which the rest must live. When confronted by the officers whose duty is to enforce the law, the self-righteous turn vicious. Instead of treating the police as fellow citizens in uniform, they demonise them and, in far too many cases, attack and injure them.

Severe penalties for assaulting police officers are, in general, popular with the public. And yet they are seldom imposed by the courts. The average sentence for such assaults is 12 weeks. This is simply not enough to deter individuals who may be mentally disturbed, intoxicated by drink or drugs, or simply hold a grudge against the police. There are also those with extreme political views who do not see officers as human beings at all.

There is no simple answer to violence against the police, because the threats are multifarious and complex. The suspect in Sgt Ratana’s case, the teenagers who killed PC Andrew Harper last March by dragging him behind a car, or the protestors of various stripes who have injured hundreds of officers in recent months, all present different problems. Yet the cumulative effect on the police of violence from whatever quarter is catastrophic.

There is a disconnect between the public desire for informal, unarmed policing and the steady drumbeat of criticism of those tasked with law enforcement. Morale in the Met or other cities cannot hold up indefinitely in the face of contradictory demands and the reality of escalating violence against officers. Police training is now incomparably more rigorous than in the past, yet new recruits are entering a metaphorical minefield in which a single word out of place can end their careers. At the same time they must deal with all the most depraved detritus of a society that is quick to deplore but slow to inquire into its darker recesses. Parliament should set up a Royal Commission on Policing, to report within a year, with the overriding aim of reinforcing the security of those we rely on to uphold law and order.

We expect the highest standards of British police officers. Rightly so: they remain the least paramilitary, the least corrupt and the most admired by those they serve of any force in the world. But such policing comes at a cost. The price is not merely financial (though that matters too), but moral: it is the reciprocal duty of the public to protect those who protect us all. We have protected the NHS from the threat of coronavirus. Now it is time to protect the police from the virus of violence.

Matt Ratana The Met The police