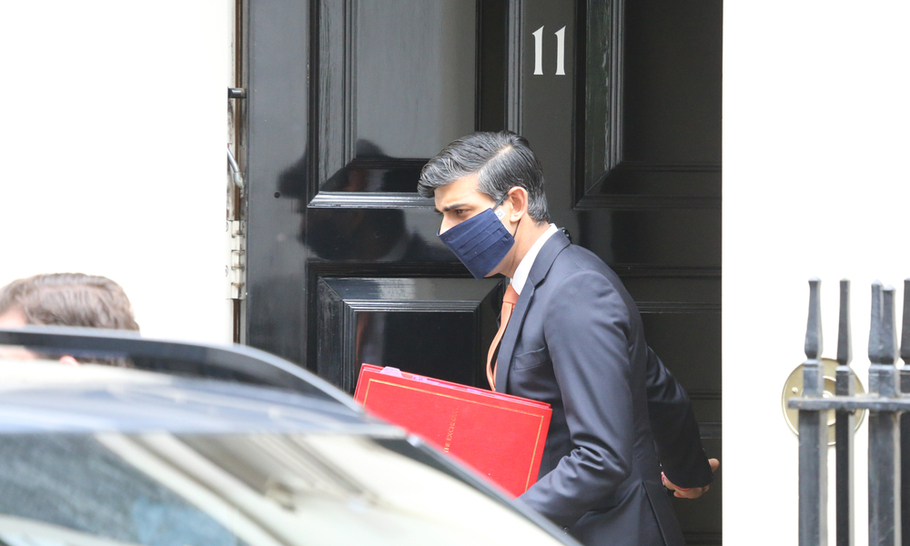 With a week to go until the Budget, the Treasury has sprung more leaks than the Jumblies, who went to sea in a sieve. The latest leak concerns the stamp duty holiday, which will reportedly be extended for three months until the end of June. This tax break, which applies to the first £500,000 of the purchase of a main residence, has saved housebuyers up to £15,000. It has fuelled a mini-boom in the housing market, but there are fears that to end the holiday now would cause a slump, maybe more lasting, just as the economy emerges from lockdown. Hence the Chancellor’s decision to extend it, at an estimated cost of £1 billion.

Nobody likes paying stamp duty and homeowners would like the holiday to become permanent. There is, of course, a price to be paid for such largesse. Forecasts of the Government’s deficit suggest that it has ballooned nearly tenfold from £55 billion a year ago to £450 billion today — the largest peacetime rise in history. While the consensus among economists is that this is not the right moment for big tax rises, Rishi Sunak has pledged to return to fiscal orthodoxy as soon as the pandemic is over. He must therefore be wary of repeatedly extending emergency measures, lest the removal of such stimuli later on forces the economy to go cold turkey.

Another example is the debate over Universal Credit. The Chancellor earned plaudits across the political spectrum for giving the neediest families a £20 a week bonus to tide them over the Covid crisis. But now there are demands for this measure, which costs £6 billion per annum, to be extended for a whole year, rather than the proposed six months. That would take the payment far beyond the emergency and into 2022. By then, few would thank the Government for making the bonus permanent, but it would be politically impossible to withdraw. Even to do so now, two months before regional and local elections, would be risky. Therèse Coffey, the Work and Pensions Secretary, has argued in Cabinet for a year’s extension but the Treasury is resistant. The Prime Minister has so far sided with Sunak, but it would be difficult to justify a tax break for homeowners, many of them wealthy, while withdrawing benefits from those who may have been thrown out of work over the past year and are dependent on Universal Credit.

Another sensitive question for the Chancellor is how to treat business. A wide range of measures have been devoted to minimising the number of insolvencies and preventing unemployment from mushrooming. Among the most costly are the furlough scheme, the self-employed income support scheme and the business rates holiday. These schemes cannot be made permanent without bankrupting the country, but there is powerful pressure to keep them going for at least another six months. As for the soft loans handed out like confetti in the early stages of the pandemic: it is a moot point whether they should be written off, as many small firms are unlikely to be able to repay them without going bust, at least for the foreseeable future.

The impression of a traumatised economy, unable to wean itself off state subsidies, is not the whole picture, however. The road map announced this week, following the success of the vaccination programme, will undoubtedly have provided a strong boost to national morale that will feed into the recovery. By giving business their first proper timetable for reopening, the Prime Minister has begun the process of unlocking the pent-up energies of British entrepreneurs. As trade and industry return to a level of activity that is something like normal, there is a real possibility that the biggest fall in GDP in modern times will be followed by one of the biggest ever bursts of growth. A warm, gentle spring breeze of confidence is blowing. It is Rishi Sunak’s job to create the conditions in which the garden can flourish.

Lloyd George’s “People’s Budget” of 1909 envisaged big tax rises to pay for old age pensions and other reforms, but was stymied by peers in the Lords. Rishi Sunak has a chance to introduce his own People’s Budget next week: a bold set of measures to help the whole nation to get back on its feet, while avoiding any irreversible mortgaging of the future. The priority must be to enable Britain to prosper. Rishi’s People’s Budget should unleash what Keynes called the animal spirits, while sharing burdens fairly — not tinkering with the tax system, but simplifying it. The recovery is closer than we dared to hope. We should seize it now — but the prospect of prosperity cannot come at the expense of posterity.