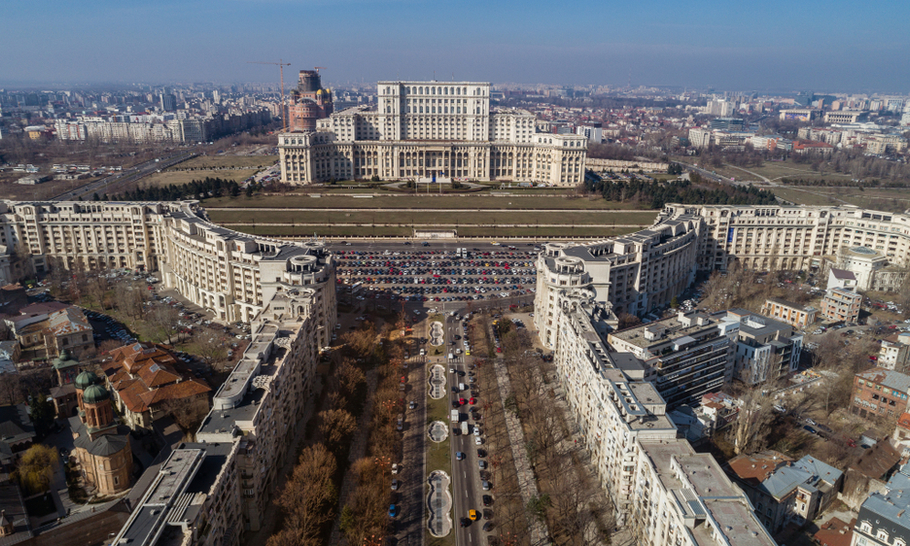 Mihai Dodu was nine when his father was­­ shot during the Romanian Revolution, then rushed to hospital by an underage driver through a hail of bullets. But it was too late to save his life.

The reading out of names of 1,100 victims of the uprising by speakers including Dodu and his 9-year-old daughter was one of the ways Bucharest marked the thirtieth anniversary of the uniquely violent Romanian experience of 1989. There were shrines and vigils; the opening up of the Interior Ministry — previously the Central Committee building — photographic exhibitions and concerts, including a charged performance of Verdi’s Requiem by the Bucharest Radio orchestra.

I caught some brief impressions on a visit to the Romanian capital, staying in a 1930s block that looked like an ocean liner. The disparate commemorations gave a sense of how contentious the Revolution remains for Romanians, of the frustrations and uncertainties around the state of the country.

Romania’s geography, history and culture — nervous of Russia, distinct from its Slavic neighbours — produced a particular kind of Communism and revolution. Romania’s secret police force, the Securitate, was proportionally among the largest in the Eastern Bloc and particularly ruthless, as described in Carmen Bugan’s memoir Burying the Typewriter.

In the ’40s and ’50s, the Romanian intelligentsia were systematically jailed and many tortured, while my Bucharest host Sorin Ienulescu’s grandfather, a landowner in Transylvania, was beaten to death with a rifle butt. Ceausescu tried to gain independence from Moscow by following a path of economic nationalism, then from 1981 decided to repay Romania’s debts, meaning that by 1989, there were long queues at the shops. Cooking oil and sugar were rationed (and bread outside Bucharest) and central heating and TV were both limited to two hours a day. Contraception was outlawed and childless men and women above 25 were subject to additional taxes.

Overall, Romania’s economic fortunes have transformed in 30 years, from being similar to Ukraine when the USSR broke up, to five times wealthier today. But with so many setbacks on the way and inequalities growing, high hopes at the Revolution that Romania would quickly reach Western European standards of prosperity couldn’t be met.

“Many Romanians are still disappointed at the speed of economic progress and development,” says London-based economist Cristian Niculescu-Marcu of the Centre for Economics and Business Research. Part of the population is nostalgic about Ceausescu. “We had a house, we had a job… since then everything was stolen,” George, a taxi driver who was in the Army in 1989 tells me. Then there are those who struggle to see any positives in recent political or social developments. “We’re freer, but the rest is worse,” says Constantin, who lost part of his leg as a 15-year-old in the uprising.

The 1989 Revolution began with protests in Timisoara in the west of the country on December 16, 1989. This spread to the capital when a speech by Ceausescu from the Central Committee building, designed to show the enduring popularity of the regime, was met with a stony silence, then jeers. “In one step I stepped from an existence of whispering to shouting, I instantly became a free adult,” says the journalist Lucian Mindruta, then a 22-year-old student.

Tanks were sent to the city centre on the morning of December 22 and crowds stormed the Central Committee building. Around 900 people died in the days following the Ceausescus’ abortive escape by helicopter.

Romania’s first President Ion Iliescu became head of the provisional government, “the National Salvation Front”, which took over as Ceausescu fell. He soon became controversial for apparently spreading misinformation that caused the wave of chaotic violence. Now Iliescu and former Deputy Prime Minister Gelu Voican Voiculescu (who was on the tribunal that sentenced Ceausescu and his wife to death on Christmas Day) have been indicted on charges of crimes against humanity, in a trial that began in November and has its next hearing in March.

But the picture is murkier even than this. “Anecdotally, [a trial] is seen by many of the intellectual class as a way of settling accounts with Iliescu before he dies,” says Gavin Bowd of St Andrew’s University, who thinks anti-communists can’t bear the idea that opposition to Ceausescu came from within the Romanian Communist Party.

A new book puts forward evidence that the hated Securitate wasn’t disarmed until early January 1990, and argues that it was ex-Securitate members who killed revolutionaries and soldiers from December 22, with an interest in shifting the blame onto Iliescu. Mihai Dodu says he has the ballistics evidence that his father was not shot by an Army weapon, and is fighting to reveal the truth about this apparent conspiracy.

As for Iliescu’s trial, expectations are low that it will come to a definitive conclusion, since Romanian justice grinds slowly. Iliescu is 89 and there are concerns about how robustly the prosecution has prepared its case. Some two thousand people, including the President and the Prime Minister, marched for the Revolution’s victims on December 21; but the city’s mood also featured plenty of cynicism — one message written in a book of tribute read: “Communism died. The system remained”.

Corruption remains a big problem in Romania. While President Iohannis has prioritised the fight against it, some believe that the National Anti-corruption Directorate has been used as a tool for political score-settling.

The conservative commentator and politician Mihail Neamțu says that “the best form of condemnation” of the status quo “is the mass exodus beginning in 2000 — four million Romanians left the country in protest against the whole system”. A UN International Migrant Report for 2007-2015 shows Romania had the fastest emigration growth rate of every country in the world, except Syria. Between 2008 and 2016, Romania lost 28 per cent of its 18-29-year-olds.

This outflow has led to severe labour shortages and wage increases, adding to a series of warning signs for the economy — mounting pension payouts, debt interest rates, and persistently low government revenues. GDP forecasts for 2020 are not encouraging.

How can the UK best help Romania today? We should support all anti-corruption efforts, but even so, says Mihail Neamțu, the west is no longer so effusive in showing solidarity against tyranny — look at Venezuela and Hong Kong. To combat neo-Marxist ideas, there’s not yet a Museum of Communist Dictatorship in Romania, like in Hungary or Lithuania, he points out, despite the opportunity afforded by Ceausescu’s gargantuan Palace of the People.

Brexit may mean fewer Romanians coming to the UK for work, but it will reinforce the ties of those already here who apply for settled status; and we will need a sufficiently flexible immigration system for bringing in both skilled and seasonal Romanian workers. Indeed, with so many opportunities for investment in Romania and for building British-Romanian businesses, the test of a successful Brexit may be just as much about how it leaves our relations with Romania, as how we fare with trade deals with the US or India.