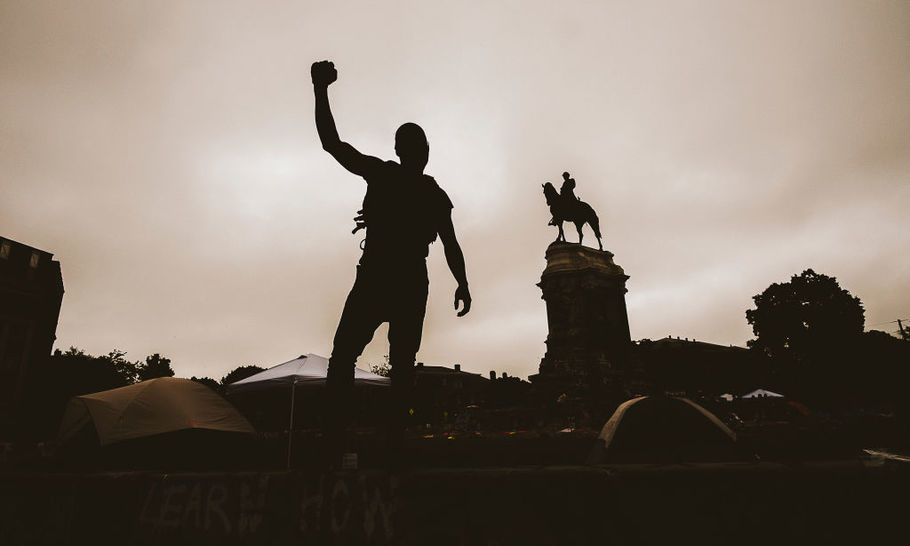 Slavery is a stain on humanity. There have been slaves of every race and colour throughout history. Civilisations from Italy to India and from America to Africa have been implicated in the trading and ownership of slaves. In both the Hellenistic world and in the Roman Empire, slavery was widespread. Society and the economy depended on this institution. There was slavery of different kinds in ancient India, for example, debt related slavery, war booty or captivity for ransom. The Vedas and the Buddhist writings lay down rules about what slaves can be expected to do and how they should be treated.

In the Arab world, slavery existed before the rise of Islam and continued to be practised right up to modern times. The Arabs were pioneers in the slave trade with Africa and European slavers learnt much about their business from them. The conquest of the Sind led to the enslavement of some of the local population and the subsequent Muslim Empires in India had both Turkic and Indian slaves. Slavery seems also to have been endemic in Africa, with people reduced to it because of debt, war or the need for plantation labour. It was often the local rulers who sold people to the Arab and European slave traders.

If then we are to start removing statues and other memorials to people involved in slavery in some way, where do we start and where do we stop? Plato and Aristotle were slave owners. Aristotle’s writing justifies the institution and has been used in the West to defend slavery. In the Bible, Abraham and Sarah had slaves, as did King David. Moses is supposed to have legislated about how slaves were to be treated. Jesus himself healed the slave of a Roman Officer and said of the latter that he had not found such faith even in Israel. St Paul sent a runaway slave back to his master — the list could go on.

Many of those commemorated in stone, wood or glass today may be remembered because they have been part of, or leaders in, some historic event which the community wishes to remember. This is the case, for instance, with war memorials. No one would claim that the names of those killed in the World Wars are being commemorated for their exemplary virtue in every aspect of life! In other words, memorialising does not necessarily mean celebration of every aspect of a person or a group.

Where figures in the Bible and Christian history are concerned, they are celebrated in sculpture, stained glass or wood for their faith, wisdom or leadership. Unlike Islam, the Bible does not portray them as flawless — except for Jesus — and indeed, sometimes brings their imperfection to our attention: Abraham for hiding the fact that Sarah was his wife; David for his adultery and the accompanying murder; Moses for his lack of trust in God, and so on. Are we to stop celebrating  these men and women of God just because they were imperfect or people of their time, participating in an institution, like slavery, that was then universal?

By the way, in different cultures Jesus, Mary and the Saints are often portrayed in terms familiar to the art forms and conventions of a particular culture. So Ethiopian icons show them as dark skinned, Chinese pictures of Jesus give him an oriental look and Indian ones may show him in the form of a sadhu or holy man. There should be nothing surprising, therefore, that in Western art he is often shown as white, provided that other cultures and the historic person are always allowed to complement and correct the perspective of any particular culture or age.

The early Christian Church was a powerless and persecuted group which was in no position to oppose the institution of slavery in the great empires of its day. It did try, however, to ameliorate the situation of slaves and practised widespread manumission, the practice of buying slaves to set them free. It is notable, however, that wherever Christianity advanced, slavery retreated. For example, as the Middle Ages progressed in Europe, both Church and state began to take action against slavery. Charlemagne was  against it and the bishops were preaching its unacceptability. In this country, the saintly Archbishop of Canterbury, Anselm, convened the Council of Westminster in 1102 which made slave trading subject to the penalty of excommunication, at that time, an experience worse than anything we may have gone through because of Coronavirus!

When slavery was revived by Europe to provide labour for its plantations in the “New World”, there were those, throughout this sorry period, who tried to justify it on biblical or philosophical grounds. Against them stood giants like Bartolome Las Casas, Bishop of Mexico, the Dominicans and their famous university at Salamanca. They taught that, because all human beings had been made in the image of God, the natural rights of the indigenous people of the Americas could not be violated by the Spanish and Portuguese colonists. Their thought, as reprised by the moderate Enlightenment, forms the basis for modern human rights theory.

When the Evangelicals of the Clapham Sect, like William Wilberforce, and others began their campaign against the slave trade and slavery itself, they based their position on the Bible’s teaching on common human origins — but they were also standing on the shoulders of these giants. Who is telling the story of these brave and persistent campaigners who struggled against strong opposition to end the slave trade and, later on, slavery itself, whatever the remaining injustices might have been? Who is reminding us of the work of the Church Missionary Society and of the Royal Navy in intercepting slave ships, freeing their captives and settling them in colonies, like Sierra Leone, specifically founded for this purpose, or of the work of some of these freed captives in opening up what is now Nigeria to the outside world?

This also reveals the ambiguity of Empire: some have undoubtedly been bad, even evil, in intention and result. Others, like the British Empire, have been both good and bad. No one can doubt, for example, that some of the “white nabobs” of the East India Company enriched themselves at the expense of the Indian population at large. On the other hand there are the wide-ranging reforms, including education, particularly female education, the emancipation of women, especially ending the evil practice of widow burning, the marginalising of the odious caste system and much else which were acknowledged by the Indian reformers themselves as beneficial.

The building of roads and railways was, of course, to benefit the British but it also revolutionised the mobility of the Indian population and assisted in giving rise to the notion of a united India. Sir Charles Napier, whose statue is on the list of activists for demolition, was undoubtedly an imperialist. But he was also the one who abolished slavery in Sind after it had been annexed to British India. General John Jacob, not only founded the city of Jacobabad in what is now Pakistan, but created the irrigation system which makes the area fertile. He chose to be buried in his adopted land. Sir John Lawrence was called by Punjabis themselves the “saviour of the Punjab” because of the vast public works projects he undertook there. The list is long but I hope the point is made.

In addition to these, there was also the introduction of democracy, even if it was patchy and partial, a vigorous press, judicial process and the institutions of civil society. As to the last, Bishop Lesslie Newbigin used to say that things were never hopeless in South India because you could always form an association to address any particular social problem!

Both Pakistan and Iran have been subjected to extreme Islamist influence and if we were to ask what is the difference, the answer would largely be in terms of institutions and procedures introduced by the British in what is now Pakistan which simply don’t exist in Iran.

As Leopold Von Ranke, the founder of modern historical study, has said, “history is about what actually happened” not what we wish had happened.