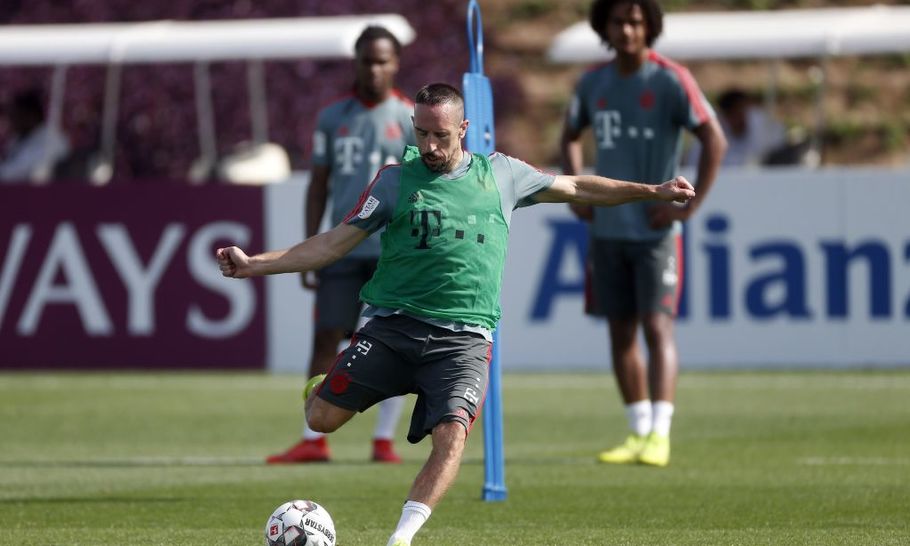 With Atlanta being the “host” of the upcoming Super Bowl LIII to decide the National Football League champions, let us not forget the southern city’s other recent “football” achievement. Yes, I am referring to Atlanta United winning the 2018 MLS Cup. So, Atlanta is the new soccer town in the U.S.? Some of us in the Northeast who know the capital of American soccer is Kearny, N.J., beg to differ. If General Sherman was still alive, he would be wearing a Columbus Crew jersey and still burning his way through the third reel of “Gone with the Wind” forcing Atlanta’s celebrity pro baseballers Freddy Freeman and Dansby Swanson out of the flaming city. Oh yeah, and MLS Cup MVP Josef Martinez, Atlanta United’s prolific Venezuelan striker, would also be on the run but few outside the city limits would recognise him.

Donning the highly unoriginal black and red stripes of AC Milan already copied by MLS failures known as the MetroStars (now called NY Red Bull) and having beaten the Portland Timbers in the MLS championship game, Atlanta could finally brag about winning a title in a sport still considered a lesser God by a nation filled with a sprawling congregation of sports fanatics.

Having witnessed the sloppy birth of Major League Soccer back in 1996 it is hard for me to fathom the over-expansion of a jokey league with dubious club owners running multiple franchises. It was kind of sad to see soccer writer Grant Wahl salivating over the fact Atlanta fans (73,019 strong at the Mercedes-Benz Stadium– I reckon the Coca-Cola museum was closed?) were standing during the MLS Cup match. Americans now are so desperate to catch up with Europe in terms of soccer fandom that they “drink the Kool-Aid” being served by MLS and somehow find the energy to maintain an ersatz “supporter culture.”

For years MLS has been known as “one last paycheck” for European soccer stars whose wives have wanted to enjoy New York or Los Angeles retail opportunities and summer holiday climates. That first season final drew 3 million TV viewers. The novelty quickly wore off as viewership dwindled through the next several seasons. The Atlanta United victory in the 2018 final attracted 1.7 million viewers, according to Nielsen ratings. Just for perspective, Super Bowl LII last year drew an average TV viewership of 103.4 million according to Variety.

Sparse MLS Cup media coverage included “fan stories” about the Anglophiles piling into Atlanta United games played in a massive luxury stadium named after a high-end German automobile. They made it sound like they are Scunthorpe advancing in the FA Cup or Rochdale battling to survive with the help of Lisa Stansfield in the lower divisions of English football. Sorry, no, Atlanta high-brows. You are as corporate as it gets. Your owner is Arthur Blank, Mr. Home Depot who also owns the NFL’s Atlanta Falcons.

With Fox and NBC Sports making European soccer more available to American consumers, it would have been easy to leave MLS alone in a dark corner. But the league became even more irritating when it started renaming its franchises after European models. The Kansas City Wizards (a localised “Wizard of Oz” riff) suddenly became “Sporting Kansas City” as if we were in central Portugal. The Dallas Burn ironically became “FC Dallas.” Salt Lake City was for some reason awarded a franchise which became “Real Salt Lake” as if Brigham Young was all boozed up at some late-night tapas joint in Salamanca. And Orlando “City” SC –despite playing in the ghastly summer heat of Central Florida—offers scarves for sale to its supporters.

Submitted for your approval, then, is Shahid Khan, who fits in well for the purposes of this article along the Arthur Blank vein. Khan is the Pakistani-born billionaire who is a U.S. citizen and owns both the Jacksonville Jaguars of the NFL and London’s original Fulham Football Club presently struggling to stay in the Premier League. The weekend of October 27-28 this year was indeed a lost one for Khan. His Jaguars were in London for the NFL International Series playing the Philadelphia Eagles at Wembley. They lost 24-18 and the night before, a quartet of Jaguars players were arrested after leaving a $64,000 bar tab unpaid at a London nightclub. This was after Khan had to spend Saturday afternoon witnessing his Fulham squad being humiliated by Bournemouth 3-0 at home.

There are times, such as the early weeks of 2019, when the soccer “conversation” writes itself. The headlines present a perfect beginning, middle and end. Three acts featuring three individual stars recently dotting the soccer landscape. One American, one French, one English.

American soccer phenom Christian Pulisic is act one. The lad from Hershey, Pa., recently signed a record-breaking big money deal with Chelsea FC who immediately loaned him back to Borussia Dortmund and we will not see the 20-year-old wearing the famous blue kit in the Premier League until next season. Pulisic’s deal had sportswriters reaching for their currency exchange apps to figure out the hard numbers. The bottom line is this kid from the U.S. chocolate capital had just punched his golden ticket and it of course got more press abroad than in the states. Let’s not forget the only thing President Trump’s vaunted “base” (once dubbed a “basket of deplorables”) hates more than the media is…soccer. I hope Pulisic enjoys his days at Stamford Bridge and look forward to the “Yank” jokes from denizens of The Shed and of course a U.S. return to World Cup action after our golden boy reaches the legal drinking age.

Act two: Franck Ribery of the much-despised Bayern Munich Bundesliga juggernaut. The former French international was blasted by sportswriters for his appearance with the ribald “salt bae” chef serving him a $1,000 gold-covered steak in Dubai during the winter break. Ribery objected to this coverage and of course used Instagram to fight back, sending out a somewhat over-the-top online rant involving broken condoms and sexual conquests of various maternal figures. Bayern officials were as red-faced as the team’s jersey and immediately fined the 35-year-old who is playing his final season with the Munich club after a decade of annoying success there.

Which brings us to Act Three. The 33-year-old Wayne Mark Rooney, former England superstar goal machine now captain and alleged saviour of MLS squad D.C. United. He was arrested at Dulles Airport in suburban Washington recently on a charge of “public intoxication” after he deplaned from a private jet and was disoriented thanks to what he described as a combination of alcohol and sleep aids. Lord knows American soccer could use a Paul Gascoigne figure, but the wrist slap misdemeanor charge on Rooney pales in comparison to Gazza’s big-league punishments and world class embarrassments. The Rooney estate was set back $116 (including court costs) when all was slurred and done. Additional financial losses could accrue owing to endorsement deals being jettisoned, sports moralist types warned.

Perhaps it is good to have these “off-season” distractions as America prepares to again ignore its national women’s team heavily favoured to hoist yet another World Cup trophy in Ribery’s home country this summer. The National Collegiate Athletic Association has bolstered women’s soccer development in the states and the results are as impressive as their winning streaks. It is a talent pool of unfathomable depth and should be a matter of great national pride. They can win game after game, title after title, but the one thing the mighty U.S. women’s national soccer team can’t seem to win is our attention.