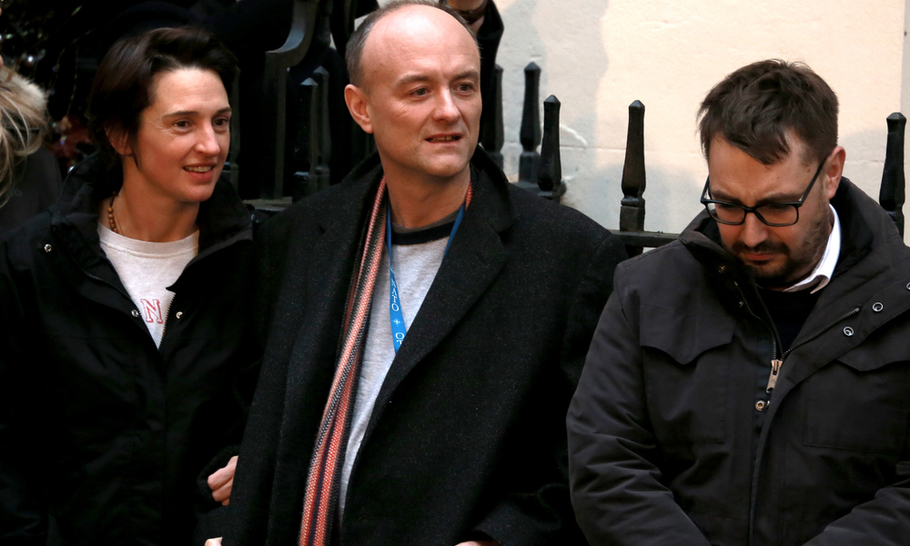 As a dyed-in-the-wool contrarian, congenitally allergic to anything that smacks of groupthink — and for that reason well-nigh unemployable — I confess I find something strangely alluring in Dominic Cumming’s “move-fast-and-break-things” shtick.

So much so that I did, for a brief moment at least, consider firing in my own response to the great man’s much mocked “job ad”. Not that I, a middle-aged white male, with an Oxbridge humanities degree stood a snowball’s chance in hell of making the cut.

But who wouldn’t relish the chance to join the Avengers’ Assemble wrecking crew of cranks, oddballs, and misfits sticking it to the man in SW1?

Of course, I resisted the temptation. Cummings is by no means the first to blame Britain’s myriad ills on the British civil service’s generalist cult. After all, isn’t it the case that French fonctionnaires are all products of elite maths and engineering schools? That may be why they seem so much better at running nationalised industries and delivering those ambitious grand projets of which our Boris is so fond.

However, in embracing the geeks, the data scientists and software engineers, and dissing those with softer skills, I fear Cummings is already way behind the curve. Smart employers are coming to the realisation that overspecialisation is as problematic as an oversupply of generalists. A focus on one narrow set of skills may make sense when you are trying to split the atom, but in a world where change is happening at hypersonic speed, adaptability and ability to think laterally are probably more useful than expensively acquired skills that could be extinct five years from now. If there is one lesson that we should have learnt from the global financial crash, it is that when you let big data and clever mathematics override common sense, catastrophe will surely follow.

Not for nothing have the titans of Silicon Valley opted for a tech free Waldorf school for their offspring. The children of Palo Alto are taught problem solving and team work through building go-karts and learning to knit and cook. The Chinese, world beaters in the mass production of maths geniuses and engineers, are flooding British arts schools with students in the hope of imbibing the secret sauce of creativity.

I wonder, too, as an Oxbridge humanities graduate myself whether Dominic Cummings, who, remember,  took a first in Ancient and Modern History at, ahem, Exeter College, Oxford, isn’t just another self-hating sufferer of  “physics envy”, a  condition to which humanities scholars often fall prey. This is defined as “the envy (perceived or real) of scholars in other disciplines for the mathematical precision of fundamental concepts obtained by physicists.”

It leads practitioners of other disciplines to clothe their theories in the language and concepts of maths and other “hard” sciences”, rather than letting them stand or fall on their own merits. The nonsense that results was witheringly lampooned by academics Jean Bricmont and Alain Sokal in their book Impostures Intellectuelles, published in English under the title Fashionable Nonsense.

Believe me. I ‘ve been there. When, as a reporter covering the City, I first came across superbright hedge fund managers who could turn their advanced maths degrees into gold, my sense of inadequacy ballooned. Only later, when I saw first-hand now many of these geniuses proved colour blind to any nuance and shading in what remains an analogue world, did I start realise the value of empathy, perspective and the ability to join the dots.

I am in my admiration for those like a former classmate who was knighted last year for breakthrough research in neuroscience which may ultimately lead to a cure for Alzheimer’s. But I now realise that, had I not been gifted in Russian, I might never have encountered Dostoyevsky. Would I have been a better person if I had studied complexity theory and Bayesian probability?

Neither would I have discovered 0-93, the mathematician in Zamyatin’s dystopia We. After experiencing growing discomfort around irrational numbers, 0-93 realises that rather than striving to create the perfect equation, he really just wants to get laid.

Profundity comes in many forms. To reduce it to the narrow channel of one science is myopic in the extreme. Cummings — take note.