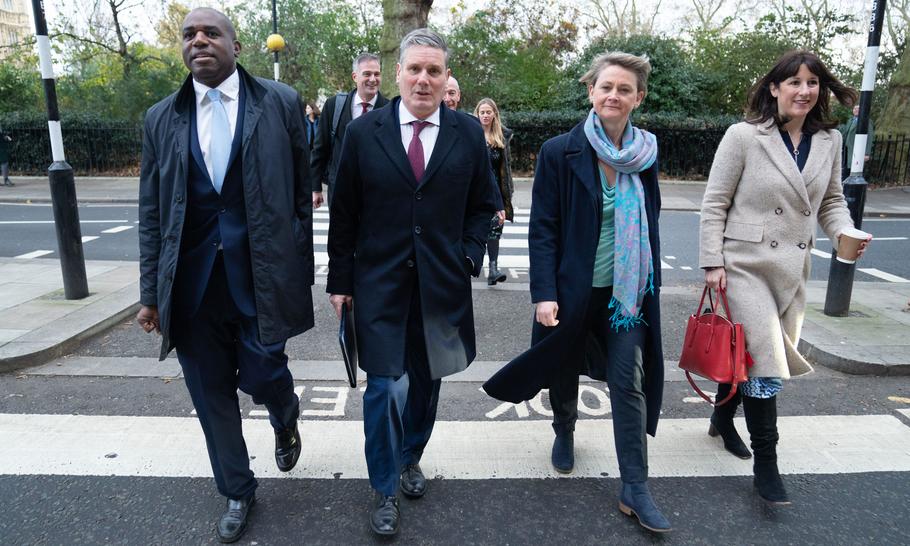 Reshuffles,  as any current or former party leader will tell you, are tricky beasts. Due to the inevitable hurt feelings and loss and gain of professional pride — they are almost impossible to get completely right — and almost too easy to get at least a bit wrong. Things that seem key due to the heightened feelings of the moment fade into the background as a new cabinet or its shadow gets on with the job. Longer term trends emerge that were undetected in the excitement of the new appointments.

So when writing an immediate analysis of the reshuffle it is important to try and separate signal from noise. What are the things that happened yesterday that matter more than just the individual players? What is the story being told and how realistic a narrative is it?

The first is that despite the initial problem of this coming out against the backdrop of a speech by Keir Starmer’s deputy Angela Rayner, this was generally a better managed process than the last reshuffle. Much has already been made of the fact that the story leaked to the Times in a way that meant it was reported at the same time as Rayner ’ s important speech. This was needless self-harm. Rayner ’ s speech was on an important topic and undercutting her in this way, however deliberate or otherwise, just continued the long-running story of tensions between the Leader’s and Deputy Leader’s camps (that we even call them camps is in itself a problem for Labour).

Beyond that timing though, the presentation has been pretty smooth and Starmer ’ s people will have got the narrative they want from the day. Cat Smith ’ s somewhat baffling resignation has done little to change the story. Her reasons were somewhat arcane (while a few people on Twitter care about the whip status of Jeremy Corbyn and/or PR, these really are not bread and butter electoral issues) and all her resignation did was give Keir an unexpected additional space to replace a Labour Left figure with someone more centrist without it being incendiary to do so.

The headline is the return of Yvette Cooper, which has been something of a well-managed triumph. Bringing back too many former ministers would have looked stale and out of place. But Yvette has had a renaissance during her time as Home Affairs Select Committee chair and with her forensic reckoning with the Government’s failures, alongside Starmer ’ s record as Director of Public Prosecutions, it seems that Labour is geared up to make fighting crime a centrepiece of its offer to the public.

The overall presentation of the reshuffle has been that this is about putting together a battle-ready team. There has been promotion for excellent communicators like Wes Streeting and Bridget Phillipson, who have won wide acclaim in their abilities both to offer a simple appealing Labour story and to take the fight aggressively to the Tories. As that communication has been an area Keir struggles in, it is a wise leader who is strong enough to promote those with such skills. If unity can be maintained (and the closer Labour gets to fighting an election, the easier that is) then this is a vastly strengthened bench.

Time will tell if Labour ’ s relentless ability to infight can be stemmed by improved performances in the party and Starmer ’ s polling. The upcoming by-elections will show glimmers of where we are, though Labour is not expected to win any of them. The margins will probably be less illuminating than the conversations that follow such expected losses.

The wheels have come off the Tories over the last few weeks and a restless political press has been looking for a story to replace Boris-mania for some time. They have been making great sport with Tory divisions and will continue to do so. Labour ’ s job now is to not distract them from doing so. They must show they can offer a bold, united front, painted in primary colours to attract and keep the attention of the nation.

This reshuffle may just be a well-timed way of continuing getting the public — and the mediating media — to look again at a party that is starting to show real promise of governing ability.