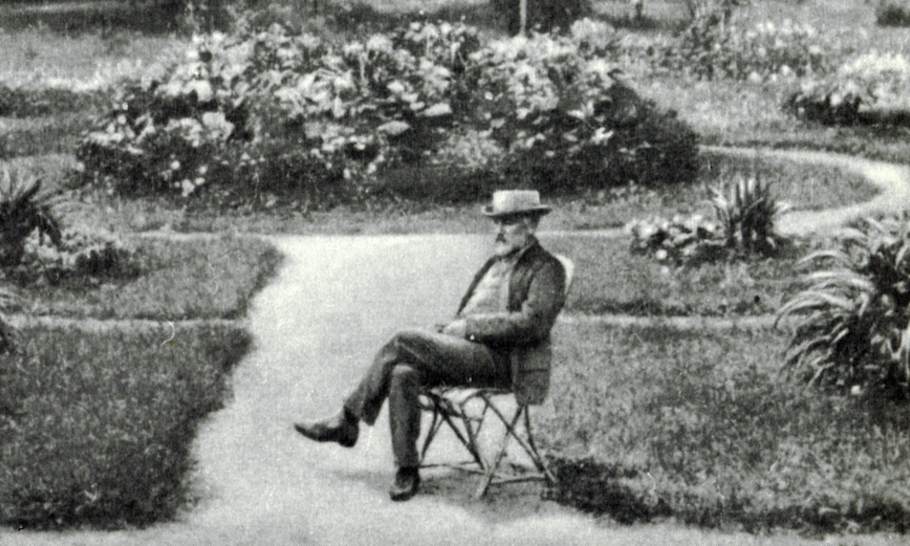 This is the time of year when ballet companies large and small start to present Tchaikovsky ’ s Nutcracker , his third and final ballet, whose creation was at one time in doubt. The composer had reservations about the scenario, which gives us an action packed Act I finishing with a relatively static Act II.

That scenario was created by Marius Petipa — who had also produced the framework for his previous ballet Sleeping Beauty — but as Tchaikovsky ’ s brother Modeste wrote: “ Peter Ilyich did not experience on this occasion that urge to compose which Sleeping Beauty and the scenario for the [opera] Queen of Spades awakened in him”.

The choice of subject had been made by Ivan Vsevolozhsky, director of the Imperial Russian Theatres, who was at pains to reassure the composer that his works were appreciated at the highest level, despite the Queen of Spades being dropped after only thirteen performances (due to problems with casting and scheduling). But in Tchaikovsky this elicited new doubts: “ Embarking on the composition [of the new opera Iolanta and Nutcracker ], I am experiencing the feeling of a person being invited again into a house of which the host ’ s behaviour revealed the previous time a disinclination to have him as guest”.

Despite his lack of enthusiasm, Tchaikovsky (pictured above) did not actually withdraw but requested a postponement to the following season, to which Vsevolozhsky wisely agreed. “ Better for us to wait a year than to require you to write and compose operas and ballets without any inspiration or pleasure. Although the stage designs… are already ordered, the decor could also be painted for the season 1892–3. Only do not completely give up on the task at hand. That is my most earnest entreaty to you”. Though in a letter of 9 August 1891, the director acknowledged: “ I feel bitter remorse for having requested this ballet from you. I know that you do not find it sympathetic. Out of goodness of heart and nothing else you have not refused.”

So what is the problem with Nutcracker ? It is based on a story (“Nutcracker and Mouse King”) by E.T.A. Hoffmann, whose magical realism is difficult to capture in a ballet. Clara (Marie in the Hoffmann story, where Clara is a doll) is obsessed by the idea that the Mouse King wants to attack the Nutcracker doll that Godfather Drosselmeyer has given her. She does everything she can to protect it at night when the mice are out, imagining it embodies her godfather ’ s nephew Hans-Peter from Nuremberg. He actually turns up at the house in the end, and the Royal Ballet production cleverly bookends the whole performance with Drosselmeyer gazing at a picture of his nephew at the start and welcoming him with open arms in the final moments.

This ingenious device unifies the two acts, though nothing can really do full justice to Hoffmann ’ s magic, where reality and imagination continually interact. The music is the main unifier but conducting it is not easy. The Christmas party in Act I allows pretty free rein for musical expression, but the Act II tempi must suit the high powered soloists dancing the Sugar Plum Fairy and her cavalier. On opening night for the Royal Ballet these were Marianela Nu ñ ez and Vadim Muntagirov, who gave a relaxed performance of peerless virtuosity under the sensitive baton of Koen Kessels, though it lacked the tension of the Act I party scene where Kessels had far more leeway to express the music. Following the departure of the guests, and before the battle between Nutcracker and Mouse King, the music builds gradually to a crescendo, to which Kessels gave thrilling effect.

The staging of Clara ’ s imaginative world by Peter Wright is a delight, presided over on opening night by the superb Drosselmeyer of Gary Avis, a magnificent conjuror and surely the finest actor-dancer around today. As the Nutcracker himself, Joseph Sissens showed excellent musical precision, with newly promoted principal Anna Rose O ’ Sullivan as a Clara who delights in the magic her godfather has wrought.

Other Nutcrackers abound in London, with three large professional performances: Matthew Bourne ’ s version opens at Sadler ’ s Wells on December 7th, English National Ballet ’ s at the London Coliseum on the 16th, while the Royal Ballet ’ s continues on various dates until January 8th. There is no shortage, but everyone should see the one at the Royal Opera House, which hews as closely as any to Hoffmann ’ s original.