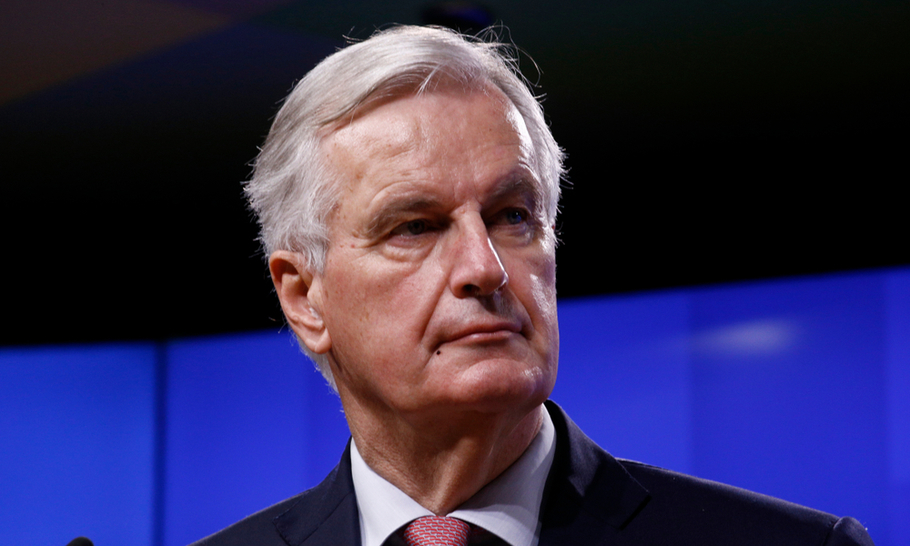 As I emerged from the Conrad Hotel in Westminster just before 8pm on Friday evening, I bumped into Michel Barnier, the EU’s chief negotiator in the Brexit talks. His refined deportment matched the courtesy with which he greeted me. I impertinently asked him if there would be a deal. He smiled wearily, giving nothing away.

After all, Monsieur Barnier, a former French Foreign Minister and EU Commissioner for the internal market, is steeped in diplomacy. As well as playing his cards close to his chest, he would have no compunction about spoiling his guests with Ferrero Rocher at an ambassadorial reception.

But he and his boss, the EU Commission President Ursula von der Leyen, have their work cut out. Corralling the EU’s 27 member states to sign off a Brexit deal would be no mean feat.

The divergence in interests among them was clear on a conference call between Barnier and EU Ambassadors last Wednesday. France, Denmark, Belgium and the Netherlands, driven by concerns over access to UK fishing waters, lined up on one side, with Germany, Ireland and Austria on the other.

It is useful here to consider the metaphor cited by the Harvard professor, Robert Putnam, that in matters of statecraft, leaders play a two-level game. They must not only engage with their foreign counterparts, but simultaneously keep a beady eye on what their domestic audience will find acceptable.

This is exactly what is playing out now. The French President, Emmanuel Macron, is looking forwards to his presidential re-election campaign in 2022, mindful that his Eurosceptic rival Marine le Pen will be only too delighted to whip up nationalist fervour if French fishermen are sold down the river.

Boris Johnson has his own right-wing Eurosceptic flank to keep in check. Steve Baker, a prominent member of the ERG, has already indicated that any perceived sellout to the EU will be met with fierce opposition, or even a leadership challenge.

But those carping that the EU should grant the UK a Canada-style free trade deal, fail to appreciate that attempting to untangle a 45-year relationship where the interests of multiple countries have been intertwined into a messy status quo, was never going to be easy. Canada is over 3,600 miles away and EU fishermen do not depend on its waters for their livelihood.

However, despite the backdrop, I am still convinced that a deal will be done, as the stakes are too high for there not to be one. Next year the EU will see the departure of the steadying hand of Angela Merkel. Macron, who appears willing to step up to assume that leadership role, knows that the EU is itself facing big challenges.

The most pressing of these is the clash over respect for the rule of law that it is currently experiencing with Poland and Hungary. Both these countries are responding to this unwelcome conflict of values by withholding backing for a €1.8 trillion European Covid recovery fund, as it is likely that any financial support that would flow their way will be blocked. Then there is the wider issue of the EU’s “strategic autonomy”, particularly in relation to defence matters, on which Macron has been vociferous.

Johnson has three Brexit related challenges of his own. First, there is the growing spectre of Scottish independence, with Nationalists arguing that the 2014 independence referendum took place before Britain’s decision to leave the EU, an exit that a majority of Scots did not vote for.

Secondly comes the election of Joe Biden in the US, who is very proud of his Irish heritage and has made it clear that anything that puts the Good Friday agreement in jeopardy will go down like a lead balloon. The return of the controversial Internal Market Bill to the Commons tomorrow will do nothing to assuage concerns in Washington.

Third, there is the economic fallout from Covid. The Office for Budget Responsibility has already predicted that the UK economy will contract by 11.3 per cent this year and has forecast a long term loss of output of 4 per cent with a UK/EU trade deal and an additional 2 per cent without. The Governor of the Bank of England, Andrew Bailey, himself declared to a select committee of MPs that “no deal” is a bigger threat to UK economic prospects than Covid-19.

Even Sir Keir Starmer is seriously considering whipping his MPs to vote for a trade deal, which may lead to resignations from some of his own front bench. He knows that this is important not only to send a signal to Red Wall voters that Labour has finally accepted the result of the 2016 referendum, but also because at this point, any deal is better than no deal.

There have been so many exaggerated claims of impending disaster, first during the Withdrawal Agreement negotiations and later in the trade discussions, that this Brexit saga has often felt like the story of the boy that cried wolf. But this week really is a pivotal juncture. On Thursday the EU Council gathers for its last meeting of the year to seal whatever deal may have emerged. Any agreement also needs to be ratified by the European Parliament before Christmas.

As months of talks reach their denouement, it is, as Sir Alex Ferguson would say, “squeaky bum time” — even for the elegant Michel Barnier.