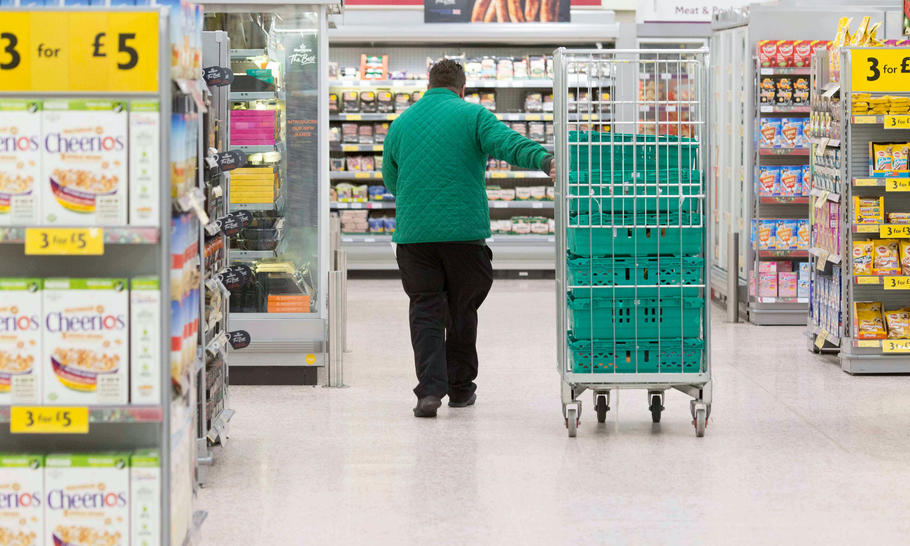 “That’s everything, thank you for the order.”

In his early twenties, without turning around, he grunted and backhanded the door into my face.

I gathered up the crates and made my way carefully up the treacherous steps from his basement front door and put the crates back in the van. It’s a point of pride to arrive back in the yard with the empties stacked neatly but in the rain with a biting wind, I just didn’t care.

I had taken the job at the beginning of the Covid pandemic. All my regular employment suddenly evaporated and I’m not good when idle. I wanted to do something, possibly fuelled by my having Covid and feeling antibody charged. With no medical training, being a delivery driver seemed the best way I could contribute. It would also bring some money in too, although I was disappointed at how little.

Another customer – prisoners in their own home – complained that chicken breasts had been substituted with chicken thighs. I tried to reassure him that – for the curry they had planned – the thighs were tastier, as both my wife and son proclaimed. “Are they boneless?” Well, I didn’t know, but suggested he looked to see. This precipitated a full-blown row with his wife – out of my line of sight – who repeatedly said: “I’m sure it’ll be fine,” while he wanted her to verify that she was happy before he decided to accept the substitution. Of course, his only option at that point was Chicken or No Chicken. He wasn’t going to get another delivery slot soon as he wasn’t on the NHS Vulnerable list. Eventually I was dismissed, but could hear the escalating pointless argument as I walked back down the drive.

The Covid lockdown made everyone less resilient. Often, I was the only human contact in a fortnight, so it’s understandable that I had a range of responses. Mostly customers were not just pleased to see me, but positively enthusiastic. Mostly delightful encounters; these are the exceptions.

The work took its toll. Physically, I was not ready – being over 60 – for just how gruelling the work could be. I initially rated each shift by the number of drops”: 10-15 was normal. But then I noticed that some of the more experienced drivers were measuring in kilos – which is a much better metric. Each load needs to be lifted twice – once in and once out of the van. I dropped two inches on my waist and found a lot of muscles which hurt. Each shift ended with me soaking in a hot bath to relieve my aged body.

I used to be a well-paid office worker, producing content for conferences. I had access to the boardrooms of many large companies. I spent quite a while poncing about, feeling important, and talking pretentiously with clients.  This causes me to wear a wry smile when I see those same banal strategies on posters decorating the walls of the loading bay, as we try to get the vans loaded correctly and on time. I see the head office communications staff deciding that a slogan is the answer when it usually isn’t. I sort of knew that then; I really know it now.

Every supermarket was ramping up their delivery options. The food writer Jay Rayner said that, from the first lockdown in early 2020, 40 per cent of the calories consumed in the UK had moved from outside to inside the home. This led to an influx of people – like me – new to this kind of work. We were grateful to be occupied, but were used to being treated well. But now I was in a McJob. The end of privilege. I wasn’t the only one to be shocked by how marginalised we were. Long-term drivers knew how to do the job well and efficiently inside the constraints of management. These older drivers were great at helping the newbies, but they were also suspicious of us, predicting – rightly – that once lockdown was over, we would return to our former lives.

The move to home delivery also causes another significant shift in any retail business. Each branch becomes a mere shelf stacking operation. All serious management is handled centrally – with local “managers” reduced to the role of administrators. The most important interaction becomes the online one – how appealing the store is becomes irrelevant as they approach over 50 per cent of sales for home delivery. The next step is when supermarkets go “dark”, becoming places where goods are redistributed to delivery vans, with no walk-in customers at all.

The managers in supermarkets seem to come in three varieties: the competent kind, the out-of-their-depth kind, and the drunk-with-power kind. The good managers are in short supply; the out-of-their-depth kind survive on their knowledge of the rules, without any understanding of management, mission or respect. Left untended they tend to grow into the drunk-with-power, who hide their insecurity by throwing their weight around. These are always men in a predominantly female workforce. It is a testament to the system design that things still (mostly) function with so many poor managers.

One customer showed the stress everyone was under in the extreme. Stuart is both deaf and blind. He asks the delivery driver to bring the groceries into the kitchen and to hand each item to him to put away. I’d delivered to him before and had spoken about how we were both separated from the mother of our children. I felt a chill run up my spine as I realised his non-fridge (ambient) deliveries were not there. For anyone else this would be inconvenient; to Stuart it was a disaster. To re-order he would need to wait for his carer to come in. I promised to do what I could to resolve things. It was after 9pm and he told me he would be going to bed at 10pm. He was pretty cross – possibly because his situation was so fragile. 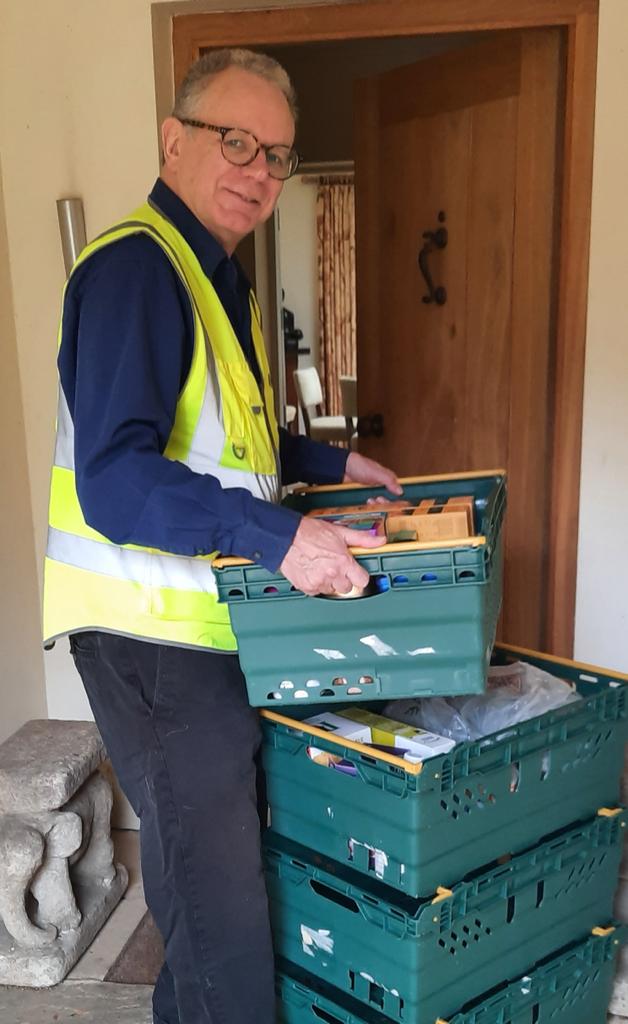 It is incredibly likely that I had mistakenly delivered his ambient goods to the previous customer by mistake. There was no interior light on the van, as maintenance was suffering like all the other processes. It was also a bitterly cold night. These might be explanations, but they certainly were not valid excuses. The store staff were quick to re-pick the items and get them out the following morning. They all knew and felt very protective of Stuart.  I spent a sleepless night worrying if he was OK, wondering why I couldn’t even do such a simple job correctly, and being very grateful for the many good things in my life.

A delivery driver only really needs two skills: steering and counting. I had managed to avoid hitting anything with my van, but had several times failed to deliver the full order. Discovering my mistake when I reached the next drop, I had to backtrack, which wasted time. Stuart was the only time I had mistakenly delivered too much. My maths teacher would be so disappointed.

Mostly I didn’t look to see what had been ordered, but there were a few things which got my attention. One young mum had an order which was entirely crisps and chocolate bars. Needless to say, she and her children were on the large side. A lot of bottled water always meant a low-income family. I told two customers that it was a waste of money. Neither appreciated the advice. Many people were embarrassed about the amount of alcohol they were ordering – always less than we drink at home. There seemed to be a correlation between payment problems and cigarettes in the delivery.

One regular delivery had a problem with payment almost every week, and I could see how the cost could have been halved easily. I bit my tongue. The goods stacked in the hall – from last week’s delivery – spoke of a dysfunctional household trying to weather the pandemic. These were people ordering goods they did not need, paid for with credit they could not afford. Who knows what issues they were dealing with, and how any intervention could help them, but surely some help was needed?

When the inevitable time came to leave the delivery world, bought forward by an incompetent manager, several of the old hands who had been so suspicious when I arrived took the time to sit me down and shake my hand. That felt weird in itself, after months of social distancing. They recognised that I was making a stand against the poor behaviour I had experienced.

They felt unable to do so.

I am privileged indeed.