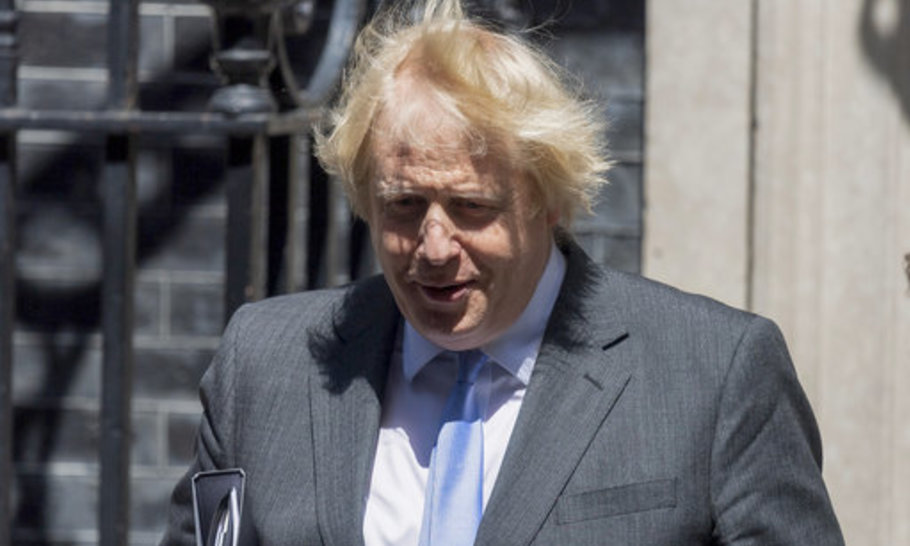 A rare Commons statement from Boris Johnson yesterday, followed by the final Number 10 daily Coronavirus briefing, unless — no, no, no, let’s not go there. It was supposed to be a good news day, or else the Prime Minister would not be so active. So, let us not ruminate in a negative direction, or contemplate the possibility that a second wave may be unleashed if the easing of the lockdown turns out to be too much, too early…

But it was clear from the Prime Minister’s statement, and Keir Starmer’s response for the Labour Party, that yesterday was a day to focus less on the mistakes made, the mess created, the tens of thousands of deaths caused by that early cavalier, exceptionalist approach that meant we locked down too late, and more on the sense of at least the beginnings of normality in the economy and society returning to Britain. Pints of beer, prayers in church, haircuts, albeit with barbers’ visors, weddings, but no more than thirty people present, socially distanced, though I cannot have been alone in feeling a little confused by what the new approach on social distancing meant in practice.

The daily briefing was a very good idea at the time, but there have been a lot of very bad briefings. Call me a sad old sod if you must, but I have watched the briefings and briefing styles of many leaders and many governments around the world, and I promise it is not merely an admitted political bias that leads me to say, ours have been the worst.

So whatever part of me feels the loss of the ability of journalists and allegedly independently selected members of the public to ask questions of ministers live on TV is overwhelmed by the relief that from now on, come 5 p.m I will be spared the urge to inflict upon myself Alok Sharma, Gavin Williamson, Priti Patel, Matt Hancock or any other member of the Cabinet. Never will cold turkey taste so good. Meanwhile assorted members of the medical and scientific community who have enjoyed various levels of fame and notoriety in the national conversation, will slip back into relative obscurity. Might the public inquiry be the next time we see them all again? In which case, judging by his rather more independent tone yesterday, I think Chris Whitty may be a witness to watch.

It seems unthinkable that there won’t be a proper public inquiry when so many have died, and when so many doubts remain about the relationship between scientific advice and political judgement. There are also questions over the government’s handling of care homes, protective equipment, testing, and now a test, track and trace system that bears scant relation to the version promised as a necessary part of the easing of lockdown. The government is hoping there will be more focus in the aftermath on the decisions taken to protect businesses, workers and the economy, but that shield will fall when the furlough does, and if the hit on the economy is as large as many fear, the warm glow that has gathered around Chancellor Rishi Sunak, largely because of comparison with his hapless colleagues, will evaporate pretty sharpish.

But do not assume there will be a proper inquiry. A government that feels perfectly happy stalling and stalling on publication of the report into Russian meddling in our democracy will have no qualms about running the clock down on a public inquiry too. They will hope that a country bored to death of Covid, Covid, Covid, will just want to “move on.”

When you have an 80-strong majority, and large parts of the media pretty slavish to your agenda, the “move on” possibilities become a lot greater. Labour needs to be wary here.

I understand why Keir Starmer felt yesterday was not the day to go hammer and tongs about the care homes, the PPE, the testing fiasco, the lies and the broken promises, let alone our position as a world leader in death, not to mention dither and delay. We had time to learn the lessons of Italy, but failed to do so, and so despite being two weeks behind the Italians in terms of when the crisis really hit, we are returning to normality a lot more than a fortnight later.

Johnson’s game, as was clear, is to be the optimist, the positive voice urging the country to put the bad behind us and focus on the good ahead. He will have been pleased Starmer broadly backed him, but being Johnson he could not resist a sly little dig at the end, suggesting on schools Labour had been slow to fall in line with the government. It was a reminder that the more you play clean with the populist right, the more they will turn the inch given into a mile used.

Ed Miliband was much in the news recently, as one of the key authors of Labour’s analysis of their defeat at the hands of Johnson. Watching the exchanges yesterday, my mind went back to the exchanges when a Labour government was in charge at the time of the financial crisis. Gordon Brown had a good crisis. But he was immediately and forever after blamed for the crash, and the mantra, “the mess we inherited” was born. By the time Ed was leading Labour in Opposition, it was a given that Labour had caused the crash.

Johnson has had, compared with most world leaders, a very bad crisis. But if there is one skill he has in life, it is to power his way through failure, and present it, if not exactly as success, as something that need not detain us too long.

Labour’s main task is to develop the right policy agenda for a post-Covid world. But key to being listened to on that, and wanted as an alternative government, is to make sure the public understand that on the first really big challenge the Johnson government faced, they failed, badly. Too slow. Too late. Too incompetent. Too untrustworthy. Too much death. Too much damage. Labour have to stick that to the Tories with the same discipline that the Tories stuck the crash to Labour. It should actually be easier, given the facts are with them, though facts are something that tend not to trouble their current chief opponent too much.