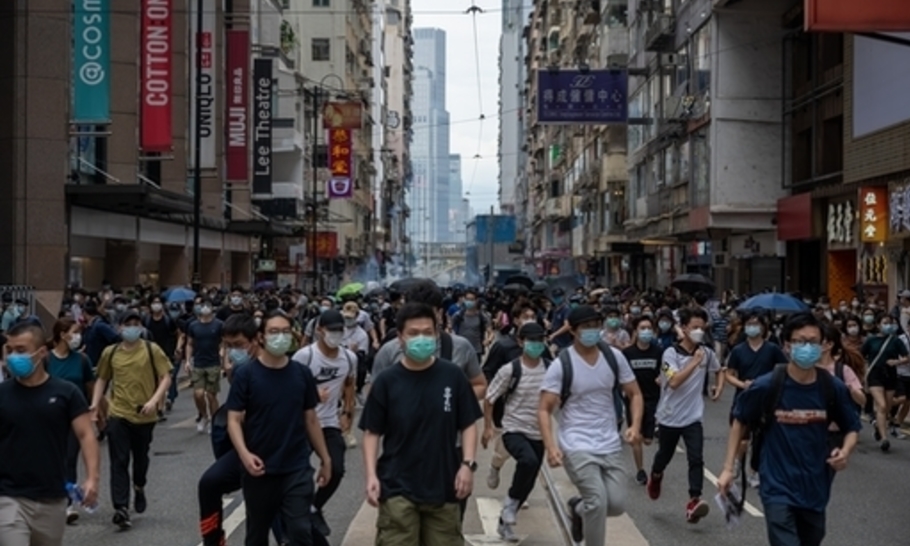 At the Chinese Communist Party’s annual National People’s Congress (NPC), which met finally last Friday, delegates heard Wang Chen, vice chairman of the NPC Standing Committee explain a draft National Security Law, which will become law this summer, and extend to Hong Kong the legal system and security regulations that prevail elsewhere in China. The people of Hong Kong are not expected to succumb meekly, and none will watch developments more closely than the citizens of Taiwan as the dim prospect of any peaceful reunification with the Mainland is extinguished. The political reverberations triggered by this move around the world have only just begun.

The party’s move to impose its will on Hong Kong, bypassing the Legislative Council, sidelined — or served as a distraction from — the expected principal focus of the NPC, namely the economy in the wake of the pandemic.

It is worth pointing out that the principal themes in Premier Li Keqiang’s economic report included the abandonment of the GDP growth target for this year in deference to the substantial economic shock which the pandemic has sent through the Chinese economy. There was a lot of attention on the need to create jobs and bring down high rates of unemployment, and on various budgetary, monetary, and regulatory measures designed to underpin economic growth and build more infrastructure.

The government announced a series of initiatives or commitments to spur small and medium sized enterprises, and reform state enterprises but there was little to support the “markets” and reform rhetoric that had preceded the NPC. By and large, the Chinese government is in disaster-relief mode, and relying on traditional state-directed investment, infrastructure and borrowing tools to deal with a very untraditional economic crisis in which structural headwinds have been blowing increasingly strongly even before the pandemic.

The economy will doubtless continue to feature in China discussions this year, especially perhaps because of the dichotomy that has arisen between production which seems quite easy to ramp, and demand, especially consumer demand, which isn’t.

Yet, we cannot duck the significance of the Hong Kong announcement. With the first anniversary of pro-democracy protests coming up, and new protests reviving as pandemic restrictions were being eased, Beijing presumably felt obliged to act following a troubled few weeks in which the Chinese government’s Liaison Office in Hong Kong in April denied it was bound by the Basic Law, 15 prominent democracy proponents were arrested, and a pro-Beijing member of the Legislative Councils was installed as chair of its House Committee by decree. Moreover, there is a significant risk that democratic politicians could win the Legislative Council elections in September.

Remember that about a year ago, protests in Hong Kong, initially against the extradition bill, were drawing large crowds. About 100,000 people attended a candlelight vigil on 4th June to commemorate the 30th anniversary of the Tiananmen Square crackdown — the only place in China where this happens. Five days later, a million people took to the streets in what became a prelude to increasingly regular and violent protests with a broader political agenda that stopped only with the arrival of the pandemic. Yesterday, new protests sparked the intervention of riot police using tear gas again.

In passing the National Security Law, the party is taking back control of Hong Kong, in violation of Article 23 of the Basic Law, and using its authority to integrate Hong Kong into the Mainland as a complementary hub alongside Shenzhen and other cities in the Pearl River Delta. The purpose of the law is to prevent and punish “secession, subversion of state power, terrorism, and foreign infiltration”, and the authorities can be expected to come down hard on everything from disrespect for the Chinese national anthem and flag to criticism and all forms of dissent and free expression.

Business and finance in the Special Administrative Region face a highly uncertain time in which the rule of law will effectively end, and operational management conditions, which negate many of the reasons that have over the years attracted thousands of foreign firms to establish regional or global headquarters there. China may wish them to stay and to preserve the region’s international financial centre status, but it is doubtful this is compatible with the new legal and security environment.

They will now have to deal with the growing influence of the Public Security and National Security ministries, which have operated covertly in Hong Kong until now, but which will no longer be constrained in future. They will be diligent in trying to suppress dissent, curtail freedom of expression and assembly, and introduce arbitrary detention and other forms of repression.

In the next months, we will doubtless pay close attention to the reactions of Hong Kongers and the responses of the authorities. Yet the reaction of foreign governments will also be important. The Chinese NGO, Human Rights In China, has called on foreign governments to protest the actions of the Chinese government in a variety of diplomatic and political ways, bilaterally and in the United Nations. The G7, which might meet on 10 June at Camp David, could be another forum for registering disapproval. If many governments were willing and able to cooperate and agree, they could, for example, try to use Chinese participation in the now postponed 2020 Olympics or China’s hosting the 2022 Winter Olympics as leverage.

Following the accumulation of trade, commerce, technology and financial restrictions, and rapidly deteriorating bilateral relations with China, the behaviour of the US will be crucial. Under the Hong Kong Human Rights and Democracy Act passed by Congress last year, Beijing is held responsible, according to an annual assessment, for maintaining the autonomy of Hong Kong, with sanctions available against those considered to have committed violations, and Hong Kong’s special status in terms of trade liable to be withdrawn.

This year, Senators Chris van Hollen (Democrat, Maryland) and Pat Toomey (Republican, Pennsylvania) have tabled a bipartisan bill to sanction officials and entities, ie banks and financial institutions, that enforce new national security regulations in Hong Kong. At a time when China needs foreign direct investment  inflows and its banks need US dollar funding, financial sanctions would open a new front in what is already a fractious relationship with China.

The one country that plays a special role in this whole saga is the UK, which is, after all, the co-signatory to the treaty which is now being violated by the Communist Party of China. A few weeks ago, Foreign Secretary Dominic Raab said there could be “no going back to business as usual” with China, but he might not have imagined that the British government would be thrust into a major geopolitical row over Hong Kong so soon and at a time when it was distracted by cross-party demands for the resignation of the Prime Minister’s chief adviser. With all this going on, will the British government stand up for the people of Hong Kong?

Who was the greatest artist of the Twentieth Century?

As Putin and Xi menace Ukraine and Taiwan, beware the pre-emptive cringe

The meaning of Advent

China Hong Kong oppression The US