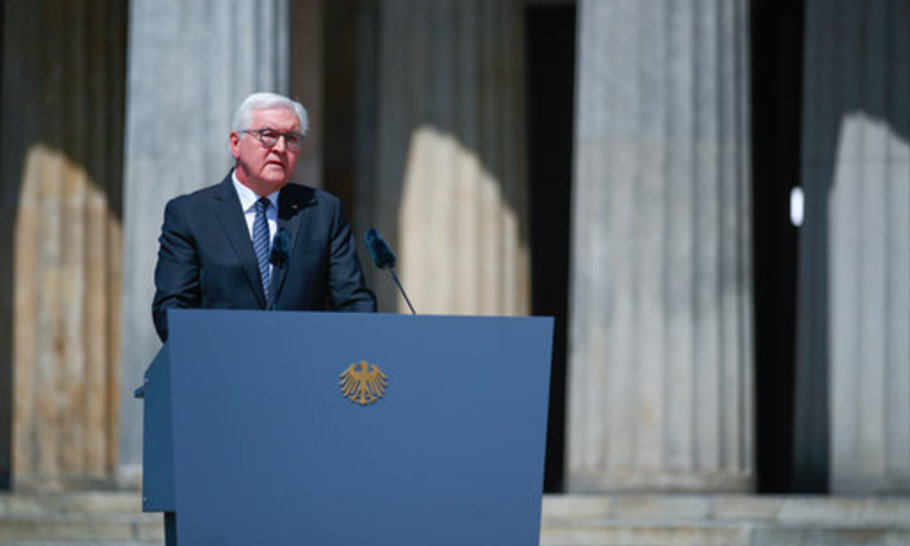 As if nature was relenting from its current virus onslaught, VE Day 75 dawned warm and bright for many of us in the UK, so we could take what advantage was possible, from flypasts to neighbourhood tea parties. It was a good day, full of those memories which have been passed down to us from an exceptional generation. The black and white films of joyful celebrations and Churchill’s inspiring words made us aware of what relief must truly feel like when contrasted with the agonies which had gone before. VE Day brought dancing in the streets. Those same streets must have endured many years of what Wilfred Owen called the “slow drawing-down of blinds”.

People who had lived through it to tell the tale struck a balance of emotion, none more so than Her Majesty the Queen. It is quite extraordinary that we have such a living link with those days, an example of service which I find awesome in every sense — from the ATS girl to the deliverer of a poignant phrase. The reassuring “we will meet again” of a few weeks ago was matched in her remarks the other night: “our streets are not empty, but filled with the love and care we share for each other.”

Her Majesty is not matched in this country. But on the Continent, where VE Day is a more painful memory, there was another outstanding speech. The biggest difference between Britain and the continent in modern times is Occupation. Apart from Jersey, we never experienced this. You cannot understand modern Europe without grasping the enormity of the Occupation and its legacy. Imagine you are in lockdown now, not as a result of a virus, and the best intentions of your own government to protect you, but because an alien force ordered you indoors, monitored your movements, and killed you if you did not obey. And it lasted not for weeks, or months perhaps, but for years. You would do anything, anything to prevent it happening ever again.

The remarkable speech of Germany’s President Steinmeier (pictured above) was unsparing in its searing honesty about Germany’s past. He spoke of the allies’ “huge sacrifices to liberate Europe” after Germany “had made enemies of the whole world.” He concluded that his country “can only be loved with a broken heart.”

I have never heard anything quite like that before. As head of state, he has no political objective to consider, so his comments need not be crafted to score partisan points. Perhaps that is why it would be difficult to imagine any similar statement from elected heads of government. But it had a profundity and a soul which matched the moment on the continent. It recognised that the day of liberation was born from his own country’s part in a nightmarish war, and that rebuilding could not simply be physical, but moral, and collective.

That collective sense was most poignantly expressed when he said: “‘Never again,’ we vowed after the war. But for us Germans in particular, this ‘never again’ means ‘never again alone’. This sentence is truer in Europe than anywhere else. We must keep Europe together.”

Just as the UK never truly understood Occupation, it also never truly understood what drove Europe together in an institution, and to form what eventually became the EU. President Steinmeier encapsulates that in his speech, and in that phrase, “never again alone”. I write this not to re-open the debate about our place in a Europe in which the EU is such a central feature; we have decided on our course of action, as we are entitled to do. But we do owe these remarks the decency of our understanding. We must understand why others think differently about “Europe”.

We are right to commemorate VE Day in our way. Without Winston Churchill there would have been no recognisable Britain and no President Steinmeier. We won a war we did not begin, and dared not lose, through sacrifice. The Allies liberated Germany — and Europe — allowing Europe to become what it is now.

Liberation was an event — but it is also a process that is never ending. President Steinmeier’s speech might make all of Europe reflect on the new relationships to come, and what we owe to those who gave us the chance to live in freedom. The legacy of this VE Day might be the understanding that all of Europe — inside and outside the EU — is built upon the bloody desecration of a generation, and that our politics should ensure that none of us ever again, stand “alone”.