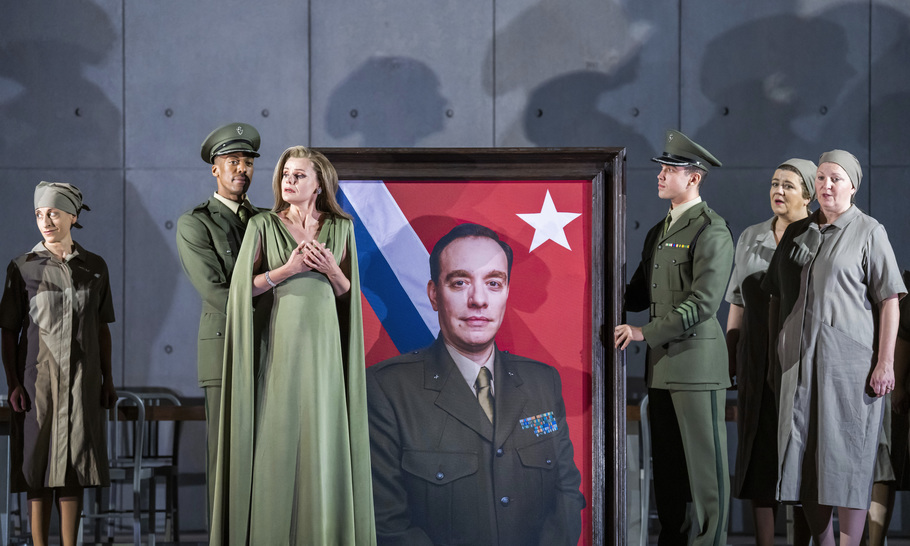 In 1869 Ismail Pasha, the Khedive of Egypt built an opera house in Cairo — the first in Africa. It opened with a successful performance of Rigoletto, but the Khedive — the title meant Viceroy within the Ottoman Empire— was keen to impress the world even more by presenting a new Verdi opera.

This involved an international collaboration. Auguste Mariette, an eminent Egyptologist who worked for the Khedive, drafted the plot of Aida, and sent it to his friend Camille du Locle in Paris, a close friend of Verdi and part author of the text for Don Carlos. As an underpaid widower supporting a large family, Mariette was keen to make a trip to Paris at Egyptian government expense. He arranged a letter demanding his presence there for supervising the design of sets and costumes. His attempt succeeded, Verdi was intrigued and after making modifications and commissioning a text by Antonio Ghislanzoni, northern Italy’s leading opera librettist, costumes and sets were produced in Paris. The opera was first performed on 24 December 1871 in Cairo.

The subject of Aida is imperialism, set in ancient Egypt. Mariette’s scenario deals with a period when Ethiopia rebelled against Egyptian domination. To create a more human drama, the Egyptian princess Amneris is in love with the brilliant Captain of the Guard Radames, who in turn loves her Ethiopian slave Aida.

When Radames is invested as Commander in Chief of the Army, which is preparing to invade and subdue Ethiopia, Aida is torn by conflicting emotions. Amneris lies to her that Radames has been killed in battle, confirming her suspicions that they are rivals for the same man. When the Ethiopian prisoners are dragged in, Aida runs to hug her own father — without revealing that he is Amonasro, the King of Ethiopia. He later persuades his daughter to obtain vital information from Radames, who inadvertently betrays his country. In the meantime, as a reward for Radames’ successful campaign in Ethiopia, the King (Pharaoh) of Egypt gives him Amneris as his bride. This is a gift he cannot, of course, accept, and the opera ends in excruciating emotional pain for her, and death for him and Aida.

Producing the opera offers opportunities for magnificent spectacle — it has even been staged with elephants — and when I first saw it at Covent Garden some 50 years ago, it was in a colourful production, revived many times over more than 15 years. Since then the Royal Opera has created six different productions, this one by Robert Carsen being the latest.

The new production emphasises the imperialism in a modern context, with a king in a modern suit, and all the men in either military dress uniform or fatigues. There is a flag with white, red and blue stripes, plus a star on a red background. When Carsen came up with his ideas Russia had taken Crimea, but not yet invaded mainland Ukraine. Now that it has, the production is wonderfully apt and throughly compelling.

So is the singing, with the Polish mezzo Agnieszka Rehlis an elegant, manipulative and powerful Amneris, and the Russian soprano Elena Stikhina a sympathetic and beautifully melodic Aida. Francesco Meli made a noble Radames after an uncertain start, Sung Sim a strong King of Egypt, Ludovic Tézier a restrained Amonasro, King of Ethiopia, while Solomon Howard was terrific as the Chief Priest Ramfis, a uniformed state ideologue. Add to this the well-drilled chorus, who moved and sang superbly, and the ingredients for an excellent performance were all present. Bringing it together was the baton of music director Antonio Pappano, who gave Verdi’s score the power, lightness and clarity it deserves.