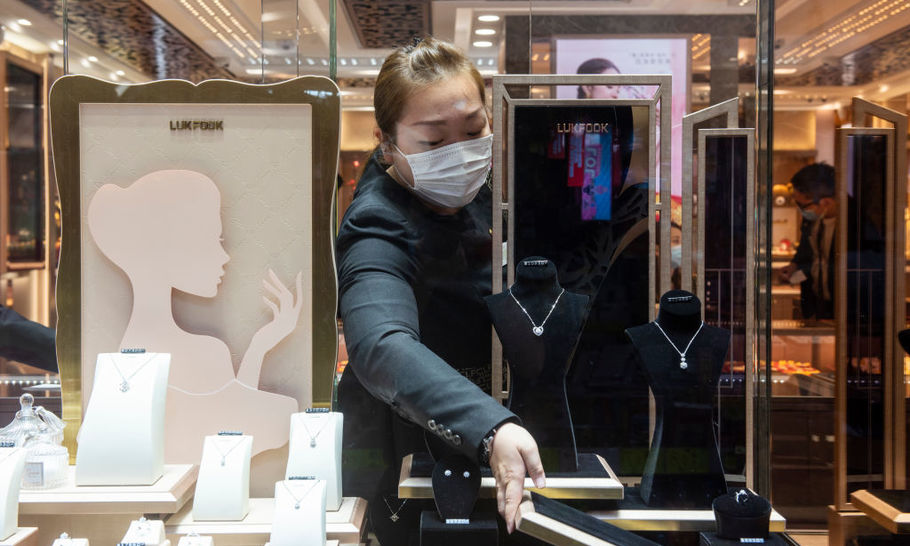 Everyone has now heard of Wuhan, China’s seventh largest city and a major transportation hub with a population of 11 million in Hubei Province. It sits in central China, west of Shanghai. It is the source of the outbreak of a new and virulent coronavirus as China prepares for New Year celebrations this weekend — the year of the Rat.

We don’t know if this virus will turn out to be a pandemic, but to date, it has infected at least 839 people and killed 26, according to latest official estimates, and spread to other Chinese cities, including Beijing, Shanghai, and Hong Kong. A dozen or so cases have been reported in Singapore, Thailand, Japan, South Korea, Vietnam, the US, and today, suspected cases in the UK.

The Chinese stock markets buckled as news of the virus spread, with some, so far limited, effects on global stocks. Depending on how widespread the virus becomes, and how long it takes to stabilise and control, there might be important effects on the Chinese economy, and more significant ones for President Xi Jinping.

Public transportation in and out of Wuhan has been shut down, as well as in two nearby smaller cities, Huanggang with a population of 7.5 million, and Ezhou with one million inhabitants. The leisure, entertainment and tourist industries have all been affected immediately, in a week when hundreds of millions of journeys take place for the new year holidays. In Wuhan, and perhaps elsewhere in the near future, theatres, internet cafes and other public places are closed. Public events have been cancelled there, and also in Beijing.

China and global public health experts are unsure how serious the outbreak is. Disease modelling experts at Imperial College, London think that in Wuhan alone, the number of infections could actually be nearer to or upwards of 4,000. Doctors at several local hospitals in Wuhan told Caixin, an on-line media source, that the number of people infected may exceed 6,000 eventually.

Caixin also cites a Hong Kong-based virologist, who helped identify the coronavirus that caused the SARS outbreak in 2002-03, as saying that the current virus could be 10 times larger than SARS because of the timing of Chinese New Year. About 8,000 people worldwide contracted SARS, and 774 died.

Unlike SARS, to which the Chinese government authorities initially reacted with inaction, and denial, over a period that undoubtedly allowed the virus to spread quickly, the response this time is generally regarded to have been more prompt and transparent. Nevertheless, criticism has already surfaced about a slow response, bearing in mind that the first case was actually reported on December 12. Chinese state media didn’t publicise the unknown virus until the very end of the month. By the middle of last week, officials reported only 45 cases and two deaths. Suddenly, there’s a problem of epidemic proportions.

At the current time, we can only speculate about what the consequences are likely to be. These will depend crucially on how far and rapidly the infection spreads, whether the death rate remains relatively low (compared with SARS), and how long it takes to stabilise the infection rate and treat all those that have succumbed.

Yet, the virus has hit China at an awkward time. The downswing in the economy seems to have bottomed out at the end of 2019, at least temporarily, as modest stimulus measures and higher infrastructure spending lifted economic activity slightly. Expectations were for a gradual and sequential rise in economic growth from the officially estimated 6 per cent to maybe 6.3 or 6.4 per cent by the spring. This was aided by the negotiated Phase One US-China trade deal, in which President Xi Jinping looks to have made concessions in order to buy time to stabilise the US-China relationship for a while. This would allow the Chinese economy some relief from external pressures. The virus outbreak could, therefore, throw some sand into the gears of Xi’s strategy.

Wuhan’s GDP alone is close to $250 billion, roughly the size of Vietnam or Portugal, and the equivalent of 2.5 per cent of Chinese GDP. If, in addition to the downturn in tourism and leisure, the city’s manufacturing, education and scientific establishments were disrupted, this could be of some significance to the Chinese economy — especially if other major urban agglomerations are affected too.

The SARS outbreak taught us some harsh lessons about the economic impact of epidemics. The first is that the effects are temporary, and that while some loss of income or output may be permanent, the bulk of the loss tends to be made good once the public health scare is over. Second, we know that there are three main transmission mechanisms into the economy: the hit to travel, leisure and entertainment affects retail spending and services; uncertainty about the disease inhibits spending, decision-taking, and possibly employment; and the costs of disease prevention take a toll on both worker and corporate incomes.

By and large then, the economic costs of this virus may become more significant but almost certainly do not constitute a “tipping point”.

Politically, though, the damage to the Chinese government and to President Xi could be more long lasting and of greater significance if it were to become clear that the disease outbreak was mismanaged or that leading officials were incompetent or complacent in their public duties. China has some form when it comes to its capacity to respond to public health emergencies, such as SARS, and is renowned for its severe inequality of healthcare services.

So far, it seems that the government is getting some plaudits for its improved responsiveness. But the government faces domestic economic and foreign policy challenges. Here, there are no dark forces or foreigners to blame, only the government, itself.

(Please note: Infection and death rates correct as at time of publishing)