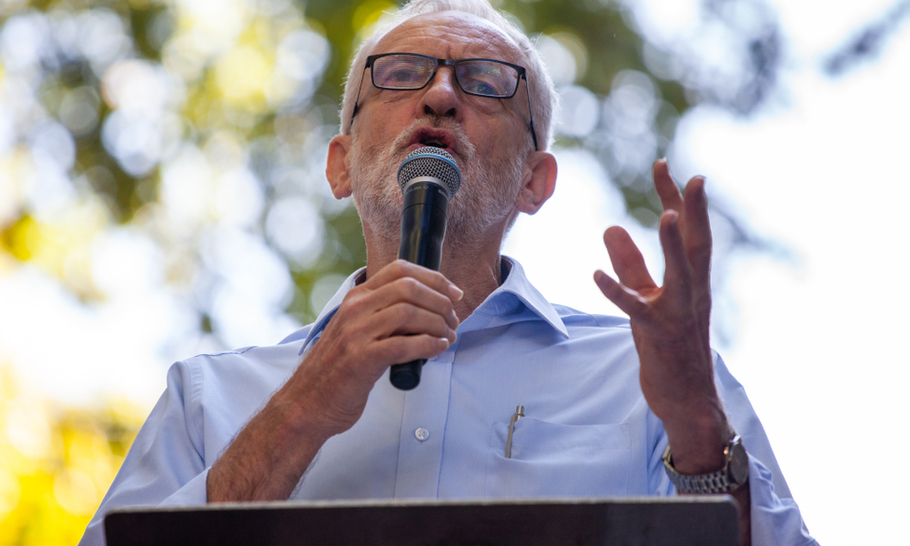 Labour’s manifesto is full of populist, and almost certainly popular, giveaways. But hidden in among it all is something more sinister – a potential threat to media freedom.

A paragraph in the Digital, Culture, Media and Sport section of the manifesto reads: “We will consult media-sector workers and trade unions to establish an inquiry into the ‘fake news’ undermining trust in media, democracy and public debate, and on a legal right of public interest defence for journalists.”

Under a Labour government, the state would consult, and presumably ultimately decide, on what is fake news and what should be done about it. Forgive my cynicism, but something about a party whose activists boo the political editor of the BBC when she wants to ask a question during a press conference, as happened at the manifesto launch today, leaves me rather cold. I appreciate that Jeremy Corbyn and Rebeca Long-Bailey immediately moved to shut down the booing, and were clapped for doing so, but it tells you rather a lot about sections of their supporter base.

The last part of that manifesto paragraph, regarding a public interest defence for journalists, implies that the party is trying to stand up for media freedom and protect those who undertake sensitive investigative reporting. But we shouldn’t forget either that this is coming from a party whose leader, unhappy about some of the coverage he was receiving, put out an official video in 2018 telling the media that media bosses were “right” to be scared of a Labour government. The clip ended with Corbyn warning, with a glint in his eye, that “change is coming”. This is not someone I would like to have any part in defining what fake news is.

In that same video, Corbyn spoke about the power of social media. No surprise there. Much of his online momentum has been drummed up by a range of websites and social media accounts that specialise in hawking what could most generously be described as conspiracy theories. They also take a rather aggressive video of their peers at less partisan institutions. Indeed, a quick look at the front page of the pro-Corbyn Novara Media website reveals a video called ‘Billionaires Control the Media’.  Are these the “media workers” that Labour would include in its fake news consultation? The prospect is a frightening one.

Labour are not, of course, the only party who has decided to dive into the realm of fake news. The Conservatives infamously rebranded their press office Twitter account as a fact-checking service during Tuesday’s Johnson vs Corbyn face-off. Party Chairman James Cleverly and Foreign Secretary Dominic Raab may have tried to defend doing so in the media, pretending it was clear all along it was an official Tory account, but the move was unquestionably an attempt to mislead people.

The condemnation doing that has received, doesn’t seem to have put off the party though. As Labour launched its manifesto, the Tories launched labourmanifesto.co.uk. It’s a slickly designed website, made to look like an official Labour one. Yes, it does say “A website from the Conservative Party” at the top, but the party also bought Google adverts. The search giant is running adverts telling people that they will be paying £2,400 in tax every year under a Labour government. Of course, any party has the right to put their case and criticise that of their opponents. That, after all, is the point of an election. The Liberal Democrats ran a jokey website a few years ago called ‘Labservatives’ to underline their point that Labour and the Conservatives were the same. However, this all seems to be about creating so much noise it is impossible for voters to get any signal.

Some of the people who can get that signal are, of course, journalists – people trained to weigh up competing claims and report facts. If a Corbyn government decides to start decreeing what is fake news, or, more likely, creates some kind of public body to do so, a journalist’s ability to work independently will undoubtedly be curtailed. Don’t like something the BBC have reported about you? Bring in the fake news police. Sky News asking difficult questions? Fake news. We absolutely must counter fake news, but we do that through better media literacy, among other things. The kind of measures indicated in the Labour manifesto risk having a chilling effect on journalism.

The small print and the bits deeper in manifestos are always the bits that are really worth reading. They tend to reveal more about a party than the headline policies. Labour’s 2019 proposals give a rather ominous indication of what it thinks about a free press.