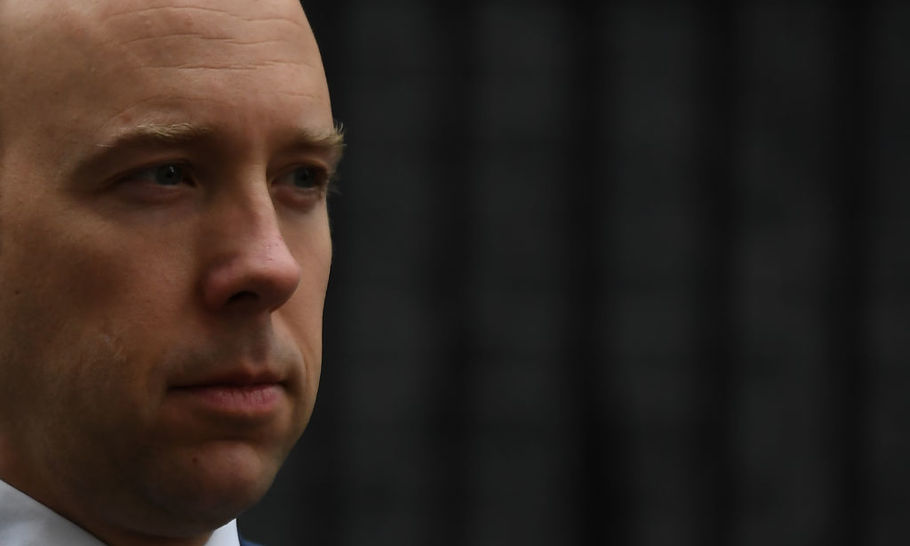 The relationship between the government and the Sage scientist types seems to have devolved into that bit where your partner looks at you and says: “I really like you — but as a friend”.

It was good while it lasted, in other words, but the initial mutual attraction has been upended by the facts of life. What looked like a cool way of dressing now looks a bit naff. The phrases you ended up copying seem, now, to be mere attempts at looking cool in the presence of the other person. We’ve all been there.

But it never lasts. The government has run out of patience with the self-selected announcers of “the science”. And not before time. But like the potential suitor who was duped in the early stages of courtship, some responsibility needs to be taken. You were warned. You chose to be duped.

Just to summarise — we are now talking about a virus with, we are told, a 0.04 per cent community prevalence and with a 0.2 per cent infection mortality rate. How are these things calculated? These are mutually dependent variables calculated by (and therefore dependent on) evolving empirical data, rather than speculative modelling (of which I’m sure we’ve all had enough).

But there is always the possibility of an infection of the maths, which could be — in some ways — as important as the virus itself.

It turns out the figures are junk. The “community prevalence” bit ignores the real problem of false positives (a false positive test ramifies exponentially into the government figures). The “infection mortality rate” bit ignores, also, that according to the relevant protocols you can test positive for Covid-19 (if that is what you are indeed tested positive for — another story awaits that), recover, commit suicide and thereby be recorded as a Covid-19 death. It’s eminently possible that you could be frustrated into jumping off a cliff by zealous interrogation of the PHE statistics and that would also count as a Covid-19 fatality. Assuming they were competent enough to find you.

The systemic statistical deceptions of this government are obvious to anyone who is interested enough to look for them. Unfortunately, not many people are, most of us have — despite the best efforts of the Hancock types — worthwhile lives to lead.

Of course, I’m paid to snipe. What’s more important are the choices this government made in March when it decided that statistical models should be the primary determinant of policy, and that any questions of value which are not quantifiable are, ipso facto, of no value at all. But you cannot place parameters around questions of value and no model, therefore, can accommodate them.

The Johnson government’s significant moral failure has been to embrace a version of the world according to which “harm” is quantifiable, and they’ll crunch the numbers for the rest of us.

Why would anyone of any developed moral conscience think that the response to a virus is to quantify it and treat it as reducible to a set of epidemiological predictions? Why surround the outbreak of that virus with a framework of interpretation which squeezes out all considerations of unquantifiable harm? The Prime Minister made a moral category error in March: he decided that the “harm” this virus might do is something that could be announced at the end of the day by throwing it up on a government graph. He appropriated the statistics in order to introduce mechanisms of intervention which run absolutely counter to human nature.

And this has encouraged Mr Johnson in a system of linguistic deceptions. I’m a trained philosopher. Before I fell into a wine bottle, I taught it at a reasonably high level. Philosophy proceeds by the announcement of distinctions. This government, to name but one logical error, is involving itself in an egregious conflation of “positive tests” with “cases”. It is morally outrageous to commit a fallacy like that.

But it’s not surprising. The PM has decided to ignore any genuine conservative instincts he may have in favour of a grubby utilitarian calculus of harm which seems to have made him unsympathetic to the normal protocols of human interaction.

People are anticipating a “second wave” of this epidemic. It’s not clear that current epidemiology supports that prediction, but if there is one then what is the best way of confronting it? To hide from it or to embrace it? Isn’t there a case to be made for the idea that with hardship comes liberation? Isn’t there a way of looking at a crisis, stripping away the maths, and seeing it as a spiritual opportunity?

There is a horrible virus out there doing what horrible viruses do: looking for hosts and wreaking havoc. There are real and pressing medical issues involved. But in some ways, it is a good thing that the scientists and the government are coming to “break up” territory. Because the scientists have started to moralise, and the government ministers have started to sound like ersatz scientists.

This government has surrendered to a purely statistical analysis of the crisis. The trouble is that its primary movers are also innumerate (look at the Cummings blog if you don’t believe me on that point). The legacy of this government will be that an allegedly “Conservative” Prime Minister encouraged a facemask fetishism with made it nearly impossible for strangers to smile at each other in public.