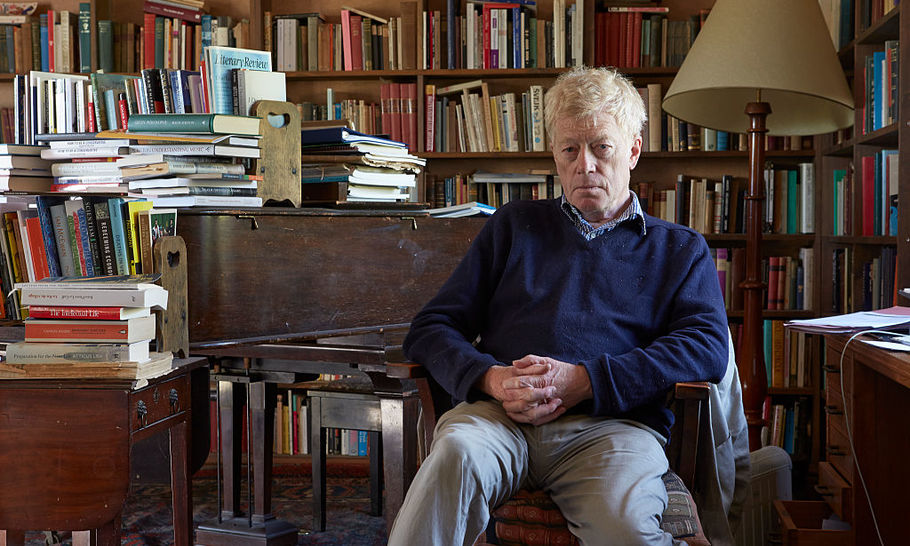 The Scruton Affair may prove to be a turning point in the culture war between those who genuinely believe in an open society and those who do not. It has so far been reported either as the humiliation of a distinguished philosopher, Sir Roger Scruton, or as a spat between two rival magazines, but it is really about the more pertinent question of how much we value freedom of speech, of thought and of conscience.

The Scruton Affair began last month when Sir Roger was sacked as the unpaid chairman of a housing quango, “Building better, building beautiful”, by the Communities Secretary, James Brokenshire. The minister fired Sir Roger in a matter of hours after a Twitter storm erupted on the basis of “a series of outrageous remarks”, quoted from an interview he had given to the New Statesman and tweeted by the interviewer, George Eaton.

Now Douglas Murray, writing in the Spectator, has hit back on behalf of Scruton. He has obtained a copy of the recording of the interview, which Eaton had refused to release. Murray accuses Eaton of multiple “manipulations of Scruton’s words”, intended to unfairly represent the philosopher as an anti-Semitic, anti-Muslim and anti-Chinese racist, bigot and homophobe.

I should at this point declare an interest. I have known Roger Scruton for some forty years. I value him as a friend and admire him as a thinker, neither of which would be the case if he were guilty as charged. On the contrary, he is a man of omnivorous curiosity about humanity, without a trace of racism or hostility to Muslims, let alone anti-Semitism. Unlike most academics, he put himself at considerable personal risk during the 1980s by visiting and lecturing to dissidents in Czechoslovakia. His knighthood was conferred for “services to philosophy, teaching and public education”, but the citation might also have mentioned moral and physical courage. Rightly, he was awarded Czechia’s highest honour by Vaclav Havel.

I am also the son of a former editor of the New Statesman, so I care about the magazine’s reputation. Under the editorship of Jason Cowley, it has generally been a beacon of high journalistic standards on the Left and its many readers of all persuasions may well be dismayed by its role in the Scruton Affair. The Guardian has sought to focus attention on the question of how Murray obtained his recording of the interview, but this is a red herring. If Eaton and his magazine had nothing to hide, they could have published the full transcript themselves. Indeed, they should now do so without delay.

For Murray’s analysis of Eaton’s manipulative journalism amounts to a devastating indictment. When Scruton’s remarks are read in context, they are clearly not capable of bearing the meaning attributed to them by his interviewer. The tone is “measured and careful”. Eaton suppressed complimentary remarks about Jews and Muslims that would have given the lie to his claim that Scruton was guilty of anti-Semitism and anti-Muslim bigotry. The comment that “each Chinese person is a kind of replica of the next one” was not racist but part of a thoughtful critique of the Communist regime’s “regimentation of the ordinary being…in a sense creating robots out of their own people”. The allegation of homophobia is rejected by Scruton, whose argument in Sexual Desire had been that homosexuality is “not a perversion, but that it is different”.

Doubtless under pressure from the New Statesman’s editor and lawyer, Eaton did publish an apology for his behaviour on social media, having tweeted a picture of himself swigging champagne from a bottle, with the caption: “The feeling when you get right-wing racist and homophobe Roger Scruton sacked as a Tory government adviser.” That tweet alone implied malicious intent. Scruton (who qualified as a barrister) should probably sue, but he is not a wealthy man and libel is a lottery.

More worrying was the conduct of the Conservative politicians, Tom Tugendhat and Johnny Mercer, who piled in and denounced Scruton before any attempt had been made to ascertain the facts. Above all, the decision by James Brokenshire to sack Scruton without giving the accused a chance to defend himself was disgraceful. If anyone should have lost his job, it was the Secretary of State.

In an interview with Justin Webb on the Today programme, Scruton was grilled on each and every remark he had made to Eaton. His responses will have impressed any fair-minded listener. Asked about “the sudden invasion of huge tribes of Muslims”, he explains that Hungary had been invaded and occupied by the Ottomans, but adds “taken out of context, it’s not a very good phrase”, observing philosophically that there are “an awful lot of my phrases that I regret”. He rejects Webb’s charge of racism, adding “you know I am very interested in the Muslim world and I’m very pro-Muslim for the most part”.

Finally, Scruton gives his verdict on the whole affair: “There’s been throughout this country and throughout Europe an attempt to silence the conservative voice. We get identified, caricatured and then demonised and made to look as if we are some kind of sinister, fascist, racist kind of people. And as soon as the Conservative Party sees one of us being demonised in this way, they rush to dissociate themselves from us…The Conservative Party wants to run away from those people but in doing so it’s running away from its own voters. And this is to me a gesture of suicide.”

The Scruton Affair marks a watershed in the way that we conduct public debate about the things that matter most to us. In his Areopagitica, John Milton wrote: “A good book is the precious life-blood of a master spirit.” Sir Roger Scruton is such a master spirit and he has written more than fifty books, some of them very good indeed. What has just  happened to him here in Britain must never happen again.