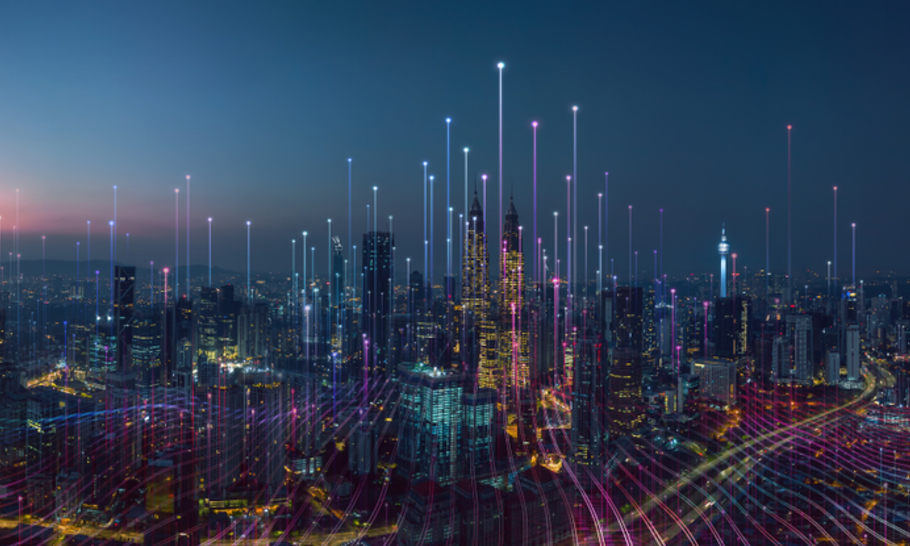 We are at a crossroads for technology and politics. Charlene Barshefsky, a former US trade representative writing in the Financial Times, has warned of an “incipient techno-nationalism”, which she sees emerging in Europe, and worries that EU digital protectionism risks damaging ties with the US. At the same time Angela Merkel and Emmanuel Macron have both warned of the threats posed by US Big Tech firms, and have proposed that Europe should protect its own digital economy against predation.

Alongside the political discussions, there are new pressures on the economy caused by Covid-19. Companies that were reluctant to embrace rapid digital transformation have suffered most during the pandemic. All companies today have to use software in the creation, delivery or consumption of products. Companies compete for talent with the world’s biggest technology companies, and they compete in the same markets for customers. Employee location rapidly becomes an irrelevance. This may be new to many companies, but technology companies have know this for over a decade.

Amazon, Apple, Facebook, Google, and Microsoft, all headquartered in the US, are responsible for much of the growth in the cloud, apps and operating systems. At the same time, China’s Baidu, Alibaba and Tencent – commonly brought together under the acronym BAT – have led the growth in the Asia Pacific markets. But in Europe, no companies fit the bill. Here is the root of the issue. For years, the UK, like much of Europe, has been faced with the challenge that any interesting technology start-ups have been bought by one of the Big Tech giants’ acquisition funds. DeepMind, acquired by Google, is a classic example.

For your average tech company, the relationship with the Big Tech companies is multi-faceted. These companies are often your supplier, your customer, and your competitor. At the same time, these large US companies have been found infringing European competition practices. Consequently, in the case of Google, Qualcomm and Intel, they been the “victims” of increasingly large fines running into billions of dollars.

The EU’s President has made clear that Margrethe Vestager is the one to lead Europe on its journey to the future. As Executive Vice President for the European Commission, she will set the strategy for a “Europe fit for the digital age,” while also overseeing the competition legislation that affects the Big Tech companies. Vestager has been responsible for imposing those billion dollar fines — Europe’s digital strategy seems to be going in one direction.

Angela Merkel has gone beyond the work of the Competition Authorities and actively encouraged Europe to “take back control” of its destiny around technology. She has stated that the EU should reclaim its “Digital Sovereignty” by developing its own platform to manage data. This would reduce the reliance of EU countries on US-based cloud services.

Speaking at a Berlin conference in November 2019, she explained, “So many companies have just outsourced all their data to US companies… I’m not saying that’s bad in and of itself — I just mean that the value-added products that come out of that… will create dependencies and that I’m not sure are a good thing.” Peter Altmeir, the German Economy Minister added, “We want to be able to offer companies… ministries and governments the chance to store their data in Europe, according to transparent, clearly-recognisable standards.”

Alongside these moves to beef up the European rules on data, the EU has also started up its own development process around the cloud. A German-led and French-backed initiative called “Gaia X” was formally launched on 4 June by Altmeir. With 22 companies involved and both German and French government participation, the aim is to create a home-grown “Cloud for Europe.”

On the same day as Angela Merkel addressed the Berlin Conference, Ursula von der Leyen, the European Commission President, was very clear in her speech that “Digitalisation is making things possible that were unthinkable even a generation ago.” According to her, “…we must have mastery and ownership of the key technologies in Europe… we need infrastructure fit for the future, with common standards, gigabit networks, and secure clouds of both current and next generations.”

This “European Cloud” is being developed using Open Source, freely available, software, meaning the source code can be studied and used. Utilising this same approach to Open Source, Gaia X has the potential to spin out rapidly across Europe. This approach allows multiple providers to work together, while moving workloads from one provider to another is simple. With this open approach, Governments and public bodies can cut their ties to the US Cloud providers.

The European Commission is also currently in consultation on its new Digital Services Act. The draft legislation suggests the EU intends to further reduce its dependence on US Cloud providers.

China has been working on its own approach to Digital Sovereignty. The country has a centrally controlled internet, bounded by the Great Firewall. Its most successful apps are used by upwards of a billion people. This has led to the creation of the Chinese giants that now challenge the Americans, as well as new market entrants that are growing around the world like ByteDance, the creators of TikTok. This has led to competition and conflict.

The proposed sale of TikTok’s US arm to Microsoft — and the US President’s part in that sale — is a great example of the localisation of the Internet. The debate at the centre of this forced sale is around security, data, privacy and national surveillance rights. In this instance, we see US concerns about a Chinese company sharing data on US citizens with the Chinese government. This is the same debate that we have seen in Europe with US companies’ use of European citizens’ data and US governmental surveillance rights.

The Court of Justice of the EU declared just a couple of weeks ago that the US is not a jurisdiction with adequate protection in its privacy laws to allow European personal data to be transferred there without additional protections. This is largely due to the US Government’s surveillance activities — it was a major blow to Big Tech.

This is not simply a case of Europe versus the US or the US versus China, but a phenomenon of geo-political localisation, driven by differing attitudes to data.

This move towards a greater localisation of data also creates an opportunity for local technology development in the face of established global players. Data is at the heart of the Big Tech companies, their platform business models and their revenue streams. Whoever controls the data will control the revenue. Merkel, Macron and von der Leyen have clearly worked this out.

China Technology The EU The US