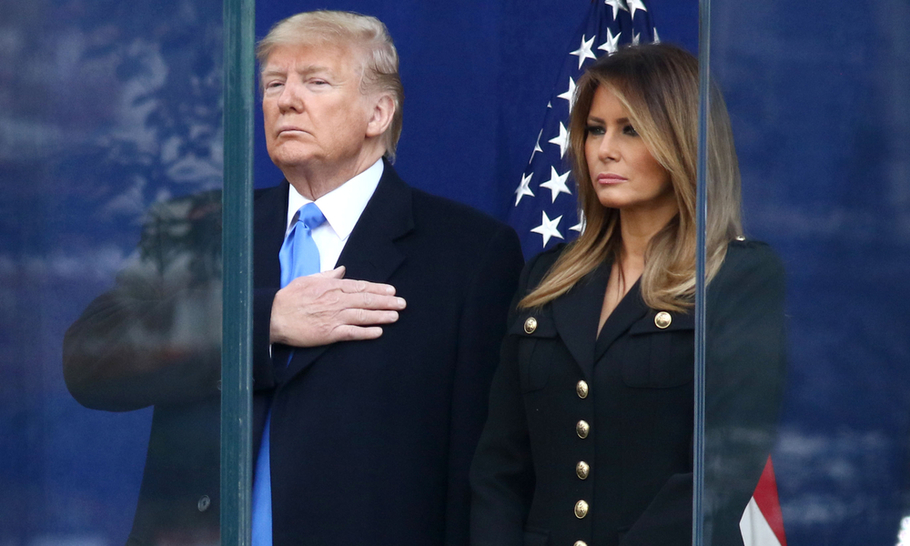 Some time in late winter or early spring 2020, Democratic senators will insist this proves Trump deserved to be thrown out of office but was only saved by partisan loyalty, Republicans will insist Trump’s errors didn’t warrant the political equivalent of the death penalty, and everyone will refocus their attention on the real contest to determine if Trump continues as president – the 2020 election.

Trump is likely to interpret the vote falling short as another total exoneration and respond with some sort of ebullient strutting just short of twerking on the White House lawn.

In an era less driven by negative polarisation and the sense that no matter what, the other side must never be allowed to win, there would be a broad bipartisan consensus that the president of the United States demonstrated egregious judgment that warrants tough consequences.

A president should not pressure a foreign government to begin an investigation of one of his potential political rivals, and he cannot refuse to transfer military aid that has been authorised and appropriated by Congress. (Actually, the president has a legal mechanism to do that, the Impoundment Control Act, but Trump didn’t use that here. If he had, Congress could have and likely would have overruled his decision with a simple majority vote.)

Trump’s first defence upon the revelation of his conversations with President Volodymyr Zelensky of Ukraine was to insist that there was no quid pro quo. He indeed wanted an investigation of Joe Biden, his son Hunter Biden, and Hunter’s suspiciously lucrative position on the board of a powerful Ukrainian gas company, but he never meant for the Ukrainians to think the aid transfer or other US beneficence was dependent upon their decision to investigate the Bidens. This was never a plausible defence; during the readout of their call, as soon as Zelensky mentioned the Ukrainian desire for US-produced Javelin missiles, Trump responded, “I want you to do me a favor…”

This week, Gordon Sondland, a wealthy hotelier who became US Ambassador to the European Union, testified before the House Intelligence Committee and blew up the White House counter-narrative as if he had fired one of those Javelin missiles himself. “Was there a quid pro quo? As I testified previously, with regard to the requested White House call and White House meeting, the answer is yes… Everyone was in the loop. It was no secret… We followed the president’s orders.” This past week of hearings went about as badly for the White House as possible.

Republicans haven’t been able to defend the president’s actions directly, so they’ve tried to prove he sought a legitimate goal in a clumsy manner. Hunter Biden’s gig on Burisma Holdings indeed stinks to high heaven. He had no qualifications or previous work in the industry, and the company’s desire to have a powerful friend in Washington is obvious. Even other Obama administration officials were uncomfortable with the glaring conflict of interest, as Vice President Biden was the administration’s point man in dealing with Ukraine. Joe Biden insists he and his son did nothing wrong, and that he and his son never talked about Burisma.

If someone could prove Joe Biden altered US policy towards Ukraine in a direction that was designed to benefit Burisma, suddenly Trump’s interest would appear much more legitimate. As far as anyone can determine so far, Biden’s pressure on Ukraine to fire state prosecutor Viktor Shokin appears to be out of genuine belief that Shokin was corrupt and falling down on the job. (In the view of the US State Department, his replacement, Yuriy Vitaliyovych Lutsenk, was a similar disappointment.)

But even then, the US government has a whole Department of Justice to investigate whether Hunter Biden’s lucrative gig was a backdoor bribe to the vice president. There’s no real justification for Trump’s desire to have the investigation and negotiations with the Ukrainian government directed by the president’s lawyer, former New York City mayor Rudy Giuliani.

Public opinion on impeachment is roughly evenly divided. According to the poll analysis site FiveThirtyEight.com, as of this writing, 45.6 per cent of Americans support Trump’s removal from office — which by traditional measures is absolutely terrible. But 45.5 per cent oppose his removal.

Very few Republican senators will vote to remove a president of their own party when the country is roughly evenly divided. Keep in mind, Bill Clinton and Andrew Johnson were acquitted in their impeachment trials and Richard Nixon resigned. (You could argue that in American politics, impeachment and removal of a sitting president is the equivalent of dropping an atomic bomb… except dropping atom bombs is ahead, 2-0.)

My understanding is that readers in the United Kingdom have spent three years growing painfully familiar with what happens when a country tries to make a hugely consequential decision about its future while public opinion is closely divided.

It’s an ugly moment in American politics, heading into yet another ugly presidential election year. Democrats could and ought to acknowledge that Hunter Biden’s Burisma work represents exactly the kind of technically legal but shady-as-hell corruption that the general public loathes, and that Joe Biden was willfully blind to a conflict of interest that everyone else saw. (It is also representative of Hunter Biden’s entire career.) It’s a reminder that Biden is another embodiment of the clubby, hypocritical political establishment that Trump ran against and defeated in 2016.

Republicans could and ought to acknowledge that Trump treated the Ukrainian government like he was hiring a political opposition research firm; he has yet to demonstrate that he can differentiate between the national interest and his personal and political interests in any given moment. (Also note that for a long time, the strongest counterargument to the claim Trump was some sort of Russian pawn was, “what kind of Russian pawn would send military aid to Ukraine?” Now we know Trump was never that enthusiastic about this policy.)

If there’s any silver lining to it all, it’s that the ultimate verdict on Trump will come at the ballot box from the people next year, which is probably how it should be.

But otherwise, everything in American politics is a mess. It’s been a mess since Trump descended that elevator in Trump Tower on June 16, 2015. And it’s going to remain a mess for a while.