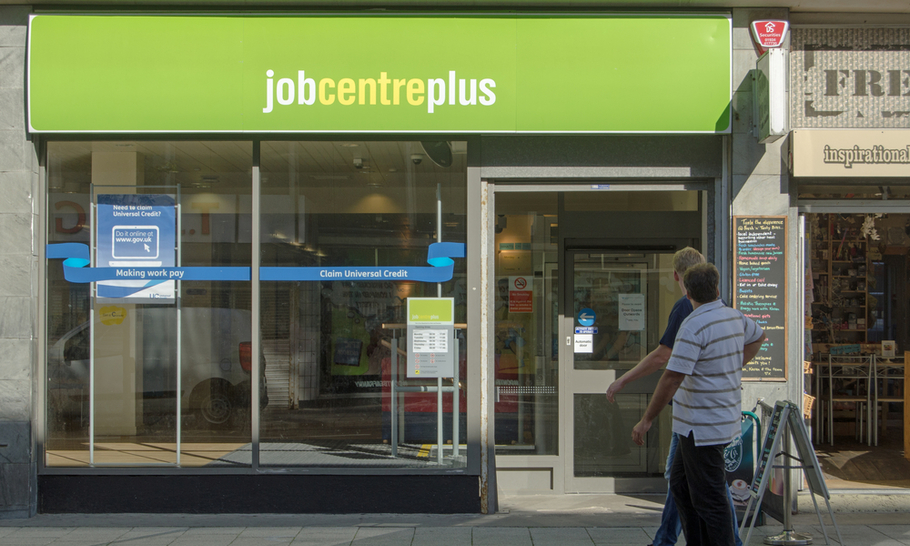 If there is a silver lining to the pandemic it is that the virus has taught us who matters and who we can count on when the chips are down. In this crisis the indispensable economic units are not bankers or multinationals but the corner shop, medics, supermarket staff, refuse collectors, carers, delivery drivers, first responders: ordinary folk.

What is also apparent is that, when faced with a big challenge some (but by no means all) parts of the state can respond with speed and simplicity: the furlough scheme being the most obvious example. A fiscally conservative Tory chancellor has torn up the rules and come up with resourceful ways of keeping the ship afloat.

We need to harness this resourcefulness to devise a new approach to managing hard times in the future. Since the end of World War Two advanced economies have juggled with two competing pressures: relentless growth and the obligation to provide a safety net for those who need it. The answer we have come up with is the conditional, means-tested benefits system. It’s time to ask if there’s a better way.

One idea that is gaining ground across the political spectrum is a basic income that would replace most legacy benefits. Something simpler, more efficient, and less divisive. It’s an idea that draws interest across the political spectrum from libertarians on the right, who want to see the abolition of welfare payments, to those on the left who want to see a support system that confers dignity and freedom on the recipient. That’s a good starting point for the debate.

The pandemic is taking a ghastly toll in human lives. It is also tearing at the fabric of society by causing a worldwide economic slump. Silent high streets, empty factories, shops and offices, a global transport network at a standstill. Among the only enterprises that are doing a roaring trade are hospitals, healthcare and undertakers.

Existing inequalities have been cruelly exposed and enhanced. Those most at risk to the virus are often those most vulnerable to the economic shock created by what is in effect the biggest collapse in demand in history. This is not a scenario the world can afford to repeat.

To put it at its simplest: when Arcadia goes bust, it’s not the Monaco-resident billionaire Sir Philip Green who risks sliding into food poverty. It’s the 13,000 employees at his 444 stores. They leave Arcadia by one door. They enter a maze of means-tested state benefits, food banks, debt they can’t afford, insecurity, and deprivation by another.

Britain’s spends well over £200 billion each year on state benefits. The too-often dysfunctional Department for Work and Pensions (DWP), by far the largest public service Whitehall body, has an annual budget of £174 billion. It employs 80,000 people, supported by tens of thousands of local and private contractors. They administer a moth-eaten benefits system which is the source of deep social and political strife and, far too often, real personal hardship.

William Beveridge’s post-war brainchild has turned into an ever-expanding Heath Robinson machine. It is hugely expensive to administer, open to abuse, and endlessly breaks down. It constantly needs bits bolted on to it or replaced because it can never quite keep up with its allotted task. It’s not just a mess. It’s a monster.

Attempts to streamline benefits, such as Universal Credit, are more trouble than they’re worth. It’s a system that, in effect, criminalises benefits. The conditionality, and sanctions that it depends on, have created a vast, largely for-profit ancillary industry costing the taxpayer billions to administer, police and pursue in the courts – where, more often than not, claimants who appeal win their cases. Some cannot afford or bear to appeal. They sink into a cycle of deprivation and debt. Some just die.

The system is based on the notion of the deserving (and therefore also the undeserving) poor: a quasi-Victorian belief that people bring poverty upon themselves by making wrong life-choices. It is not a value-free process. People are judged and condemned, often by poorly trained private contractors with a vested interest in keeping pay-outs low. It might be for missing an appointment, or not trying hard enough, for being well when they’re not, for a bad break. It’s a lottery with far too many losers.

The system is designed to prod people into seeking work fast. Yet the fear of sanctions often drives people to find work that is unsuitable or poorly paid. More broadly, the system fails to do its overarching job which is to provide a natural macro-economic stabiliser in tough times.

The idea of a basic income is not new. Its first proponent was Thomas Paine, hero of the American and French revolutions. In 1797, after a stint in a French prison, he penned a pamphlet, Agrarian Justice, proposing taxing land and distributing the income to the population at large.

Paine’s idea rested on the insight that there are two kinds of “property”: things created by human effort (the private realm) and those that are not, the common inheritance to which everyone has an equal right: land, water, natural resources (the public realm). Private companies benefit economically from the common inheritance. Citizens do not. A grant, or a dividend, argued Paine would remedy that.

Basic income has produced strange bedfellows: the right-wing American think-tank, the Cato Institute; Robert Reich, the former Labour Secretary; John McDonnell, the former Shadow Chancellor. Perhaps unsurprisingly, Silicon Valley, which has most to gain from automation, is interested in the idea. Machine intelligence, its stock in trade, foreshadows a world without work for millions.

Here are some of the key questions around the idea:

What is basic or citizen’s income?

It’s a simple, transparent system where everyone (with some exceptions) gets a basic amount of money every month, enough to meet essential human needs: food, housing, heating, light, clothing, public transport. This income cannot be taken away. No strings, no sanctions, no punishments, no fear.

Who would get it?

Individuals of working age, not households. Legal residents, but not citizens living abroad or recently arrived immigrants or refugees. They would be helped by other schemes. One of the big beneficiaries is likely to be women, the most under-rewarded section of the workforce. A personal basic income would also make women less vulnerable to abusive partners.

How much would they get?

That depends. A floor in Britain might be the equivalent to the standard Personal Income Tax-Free Allowance of £12,500 a year.

What about the more vulnerable, the disabled, carers, the sick?

Some people have complex needs and extra costs. They would get more to level the playing field. It would be vital to avoid replicating the existing assessment culture.

If you pay people to do nothing, they will do nothing

A few will do nothing. But by and large this is not born out by trials in countries like Canada, Finland, India, Namibia and the US state of Alaska. The Alaska Permanent Fund Dividend programme has been in place for 27 years, funded by oil reserve royalties. Residents get around $2,000 a month. But people have very largely stayed in work, using the money to improve their quality of life.

Guy Standing, Professor of Developmental Studies at London’s School of Oriental and African Studies, has piloted basic income schemes in a number of countries for three decades. When he proposed running a UNICEF-funded, two-year pilot in the Indian state of Madhya Pradesh in 2010, Sonia Gandhi, leader of the opposition Congress Party, told him: “It’s a terrible idea. People will just use it to buy booze and get drunk”.

Two years later, life in the 20 Indian villages in the pilot had improved noticeably. People used the money to improve their houses and latrines; sanitation and health improved; people bought food from markets instead of government ration shops. Some villagers, especially women, invested in small start-ups: sewing machines to supplement their income, better seeds, little shops. School attendance climbed. For many it proved life changing. It’s an eloquent example of the adage that you make people trustworthy by trusting them.

What about the rich? Would they get it?

Yes. Means-testing the payment would defeat the purpose. But the cost could easily be clawed back from very high earners.

Can we afford it?

That’s the big question and the jury is out. More work is needed. Most studies suggest it would cost more than the present welfare system, even after abolishing some existing benefits. However, in the long-run studies suggest there may be substantial savings because people would be more secure, healthier and more productive.

Basic income security would encourage demand for basic goods and services. It would bring communities closer together and make local businesses more resilient.

A basic income would not be a panacea. The Swiss rejected the idea, believing it to be unaffordable and morally corrosive, as no doubt will many in Britain. But the strivers and scroungers argument is the least persuasive of objections to the idea. Besides, the limited experience we have suggests that it is wrong. What is needed is more evidence, based on careful study of pilot schemes.

Setting up a basic income scheme would not be easy. It would be expensive, although (its proponents argue) not as expensive as people think because it would replace many existing benefits. Basic income is not a stand-alone remedy to the spiralling cost of welfare. It would have to come as part of radical review of fiscal policy.

It would not be a quick fix. It would be politically tricky. It would be a Big Thing with far-reaching economic and social consequences. It is not a policy for the fainthearted.

In the long-term its proponents argue it would deliver economic security by reducing poverty and inequality. It could be part of the solution to boom and bust. It would encourage the out-of-work to be more enterprising. It would empower women. It would reduce the need for regular dumps of “helicopter money” in times of crisis that only really benefit the rich. It would be simpler and it would be fairer. It could make us healthier and happier.

It’s time to think about it seriously.