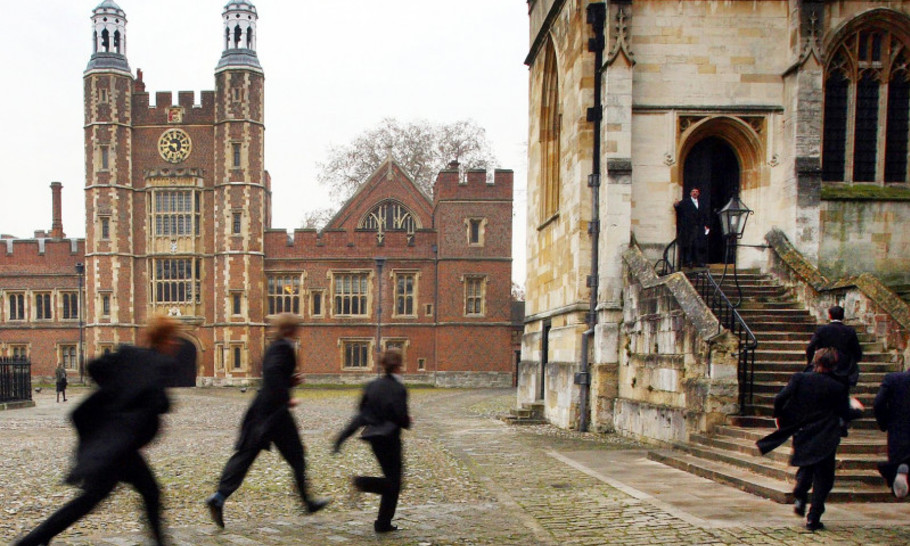 The country may be days away from crashing out of the European Union. MPs have seized control of parliamentary business for the first time in a hundred years. The Prime Minister’s resigning, the pound’s dropping off a cliff and everybody is asking what the hell is going on. And what are our politicians doing? Enjoying a bout of public school banter.

“My honourable friend makes a characteristically Wykehamist point,” said Jacob Rees-Mogg of fellow Tory Nicholas Boles, to chortles on the backbenches. “Highly intelligent, but fundamentally wrong.” Wykehamist? Rees-Mogg is indulging in that specially English tradition of insider language, designed to leave the rest of us befuddled.

So, here, as a public service exercise (and so that you never have to) I have totted up the public schools of England in order of their popularity with Tory MPs. I will give a quick user’s guide to their characteristics in order that, next time Rees-Mogg offers an obscure quip, we can be in on the japes.

‘Wykehamist’ is the technical term for an alumnus of Winchester College, England’s second poshest school after Eton. Old Etonians (including Rees-Mogg, Boris Johnson and David Cameron, as well as Oliver Letwin etc.) are born to rule. From their earliest years they are groomed to have near-narcissistic levels of self-belief. The sort that lets you print a massive lie on the side of a bus and drive round the country proclaiming it to anybody who will listen. The domination of the Conservative party by Old Etonians is remarkable: in the general population just seven per cent attended any kind of private school. Among Tory MPs, around seven per cent attended just one school – Eton.

A core element of being an Etonian is knowing (not believing) that all other schools are inferior, each inferior in its own way. In certain exclusive London Clubs, the phrase “never trust a Wykehamist” echoes across panelled rooms. Wykehamists are known as very clever, but slightly slippery, prone to doing the wrong thing because it makes sense intellectually, rather than actually. This was Rees-Mogg’s point about Boles.

As it happens, Winchester is the second-most popular alma mater of Tory MPs. It comes a distant second to Eton, sharing that slot with a school called Millfield. It’s fair to say that Rees-Mogg would have been unlikely to describe a graduate of Millfield as “highly intelligent”. In the world of English public schools, Millfield is the sporty one. It’s where you go if you can hit a stylish cover drive or have a fine golf swing. (Yes, Millfield has its own golf course.) But it’s not exactly known for the brilliant intellect of its pupils. The fact that the hapless Chief Whip Julian Smith attended Millfield should not surprise us.

Next in the Tory MPs’ school league comes, in joint third places, Harrow and Radley. It is fitting that they occupy the same slot, because they are basically the same school. Both can rightly claim to educate the cream of English public schoolboys. Which is to say their boys are rich, and thick. I have not been able to ask Harry Enfield but we can be certain that Tim Nice-But-Dim was an old boy of one of them. Richard Grosvenor Plunkett-Ernle-Erle-Drax, MP for South Dorset, must have made his old school proud when he wrote of recent events, “these times remind me of May 1940, when the people of our dear country were prepared to fight.” Drax was born in 1958.

In stark contrast to Harrow and Radley, the joint fourth most popular schools for Tory MPs are Westminster and St Paul’s. Both of these London-based academies are known for generating highly intelligent members of the metropolitan elite. Men such as Dominic Grieve and George Osborne. Because most of their pupils are not boarders, they are regarded with some condescension by the Etonians. Indeed, poor George Gideon Oliver Osborne, who will become the 18th baronet of Ballintaylor and Ballylemon on the death of his father, was known as “oiky” by his Etonian friends on the basis of his ‘humble’ education.
At the bottom of the Tory MPs’ school league comes Charterhouse. We might not trouble to spend too long on this venerable Surrey institution except for the fact that Jeremy Hunt went there and lots of people seem to think he might become the next Prime Minister. What to say about Charterhouse? When I was at school nearby, the Carthusians (another deliberately non-intuitive term) were colloquially known as “sheepshaggers”. I have no idea why.

It would be nice to think that Britain is getting over its strange obsession with private secure residential pupil referral units. The Brexit saga suggests otherwise.

Arthur Snell is a former diplomat and now runs a business intelligence consultancy. He did not attend any of the schools mentioned.