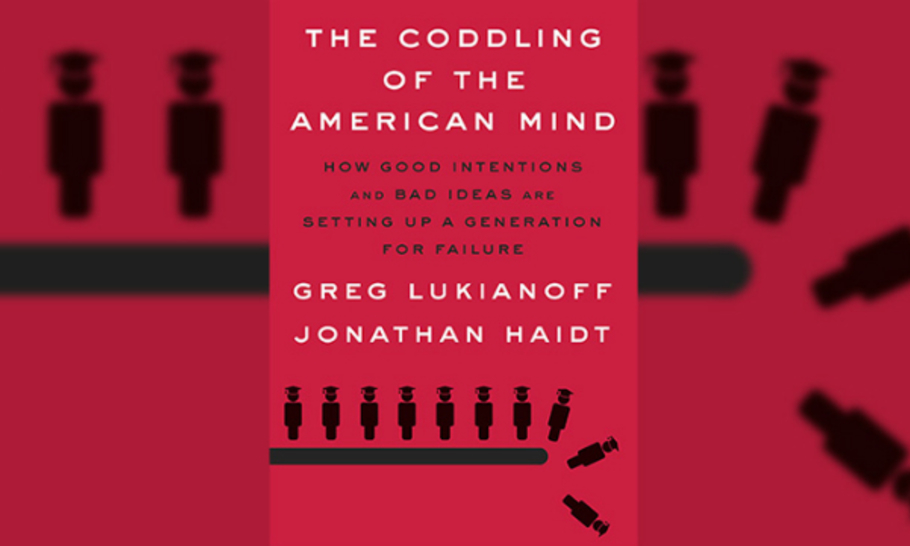 I expect most readers of this site have found their way to it because they want respite from the culture wars. They want to be part of a place where people write freely, explore ideas, want to learn something interesting, and might even change their minds occasionally. But while respite is nice, the trouble is that our modern culture wars are not going away. There seems to be a large number of people out there who are prepared to make a full scale attack on key tenets of Western culture. These tenets include unhindered exploration of truth and humanity’s accumulated knowledge, the acceptance of a scientific basis to who we humans are, freedom of speech, equality of opportunity not outcome, and even bedrock assumptions about treating each other with kindness and good manners.

Those of us who have a regard for these things need to understand what is going on – there is no point in dismissing swathes of young people as Snowflakes. And we need to ready ourselves to defend what we think is important. “They’ll grown out of it” might not be good enough this time around. One of the most important things I believe we must not to do is become members of the ‘Alt-right’ who have only fanned flames and hardened hearts.

To understand some of what is going on and to arm yourself to join the debate, I can recommend no better reading than The Coddling of the American Mind by Greg Lukianoff and Jonathan Haidt.

Haidt and Lukianoff’s book (can I call them H&L?) is well-structured, thoroughly researched, and evidence-based. There is no waffle here. They set out a problem, provide solid evidence for it, look at causes, and then offer solutions. There is no relentless pessimism here either.

H&L argue that three Great Untruths are becoming common modes of thought for young people in America. These are:

H&L explore how these three Great Untruths are causing problems for young people, and as they spread more widely, for our liberal democracies and our shared culture and public debate about who we are and how we should live. Karl Marx thought that religion was a Great Untruth, but he recognised that it was at least an opium for the masses: giving us all the strength to carry on. H&L argue that the three great Great Untruths don’t even make their adherents feel good, as well as being bad news for the rest of us.

Let us look briefly at the Untruth of Fragility – What doesn’t kill you makes you weaker. From this mode of thought comes so many of the terms that we are now all too familiar with. Demands that students “need to feel safe in the classroom”. That professors should issue ‘trigger warnings’ about potentially stressful material. That students need ‘safe spaces’. That an awkward conversation starter might be a ‘micro-aggression’. Welcome to our not-brave new world.

The Untruth of Emotional Reasoning can be summarised simply: ‘It is the cognitive distortion that occurs whenever [you] interpret what is happening in ways that are consistent with [your] reactive emotional state, without investigating what is true. [You] then act like a lawyer or press secretary whose job is to rationalise and justify [your] emotional conclusions rather than to inquire into – or even be curious about – what is really true’ (page 35).

The Untruth of ‘Us Versus Them’ is the one we need pin above our computers when we are tempted to join in modern debates in an angry fashion or sneak-peak at the loudest Alt-right websites. H&L quote Solzhenitsyn “If only there were evil people somewhere insidiously committing evil deeds, and it were necessary only to separate them from the rest of us and destroy them. But the line dividing good and evil cuts through the heart of every human being” .

H&L provide detailed examples of these modes of thinking in action – mostly on American campuses. Their anecdotes are frightening and the book does us all a service by capturing and exploring them.

H&L then spend much of their book exploring how we got into this situation. This is an important part because it also obviously signals how we can get back out. They look at ‘paranoid parenting’, the idea that parental fears have been stoked and families harmed as a consequence, and explain that this is very tricky to escape from, as ‘un-paranoid parenting’ involves cooperation from a whole community: it’s hard to send your kid off to the park alone after school if no other kids are going to be there. (But I’ll give it a go.)

They explore the steep growth in anxiety and depression amongst young people and show how this is both a cause and a result of the ‘Snowflake’ phenomenon. If you think you are vulnerable, you’re going to ask for a safe space and a trigger warning; if you are anxious and think you are under attack, you are going to interpret the actions of other people as intended ‘micro-aggressions’ even if they are not etc etc. It’s a vicious circle. There is a really interesting section on ‘victimhood culture’ and how this is replacing a ‘Dignity Culture’ – “where people are assumed to have dignity and worth regardless of what others think of them, so they are not expected to react too strongly to minor slights”.

H&L also explore young people’s focus on a desire for equality of outcomes rather than opportunity. There is no point just telling them they are wrong (if you are not a socialist at 20 you have no heart, etc etc) – we need to …errr…. debate it. H&L provide some really excellent terminology about the meaning of justice for doing so.

Solutions? Like many of us they regard this as so important, they’ve set up a website which they will continue to develop and enrich.  See a start here.

Londoners: one of the authors of this really important book will be in town this month.  Everyone else, Christmas is coming.  Buy this book for yourself and for your teenagers.  After your separate vegan-and-then-everyone-else Christmas dinners, this is the book to debate.