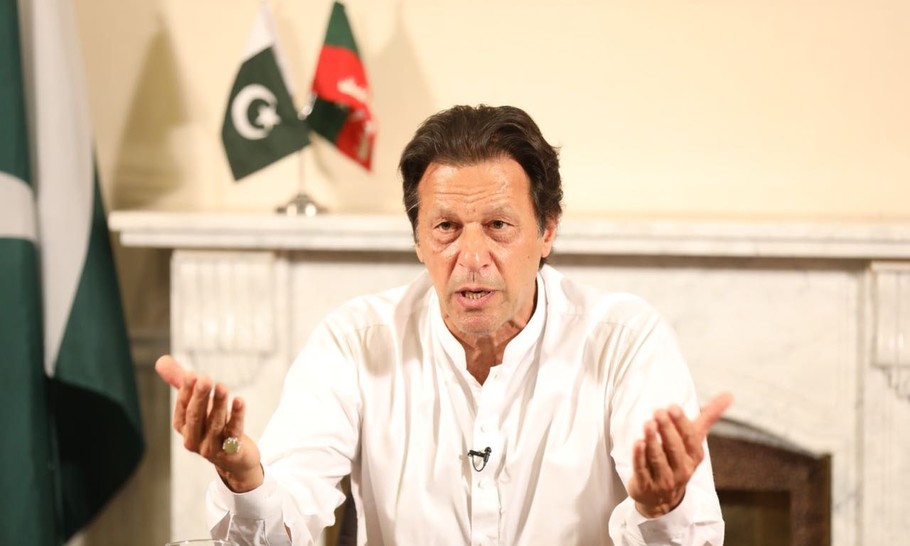 In the far west of China, just across the border from Pakistan, a Muslim minority group known as the Uyghurs are being interned in ‘re-education’ camps at the hands of a Chinese regime that sees even minor displays of piety as evidence of rebellious leanings.

You could be forgiven for assuming the new Prime Minister of Pakistan, former international cricketer Imran Khan, would chastise the Chinese and stick up for the blighted Uyghurs. Especially when China’s policies have now intruded domestically. In the remote North of Pakistan traders operate across the border, buying and selling in the Uyghur-heavy Xinjiang province, otherwise known as East Turkestan. It’s a practice that has led to extensive intermarrying, and the wives of these traders have not escaped Beijing’s paranoia. As reported by Reuters in September, hundreds of wives of Pakistani traders have now been forced into re-education camps, with their husbands unaware of exactly when they will be released. Noorul Haq Qadri, Pakistan’s federal minister for religious affairs, offered one gentle criticism in response — arguing such actions were counterproductive and could inflame radicalism. He only said this in private to a Chinese diplomat, and the event was later revealed to the media.

In normal circumstances, the Pakistani establishment never misses an opportunity to demonstrate religious solidarity and take a stand against what it regards as the state-sponsored persecution of its co-religionists. When news broke of the brutal treatment meted out to the Rohingya at the hands of the Burmese military, hundreds of thousands took place in protests that originated in Karachi but eventually swelled around the country. Political and civic leaders were eager to join in. In Islamabad, riot police were only dispatched once protesters threatened to storm the Burmese embassy. During the Second Chechen War the Pakistani government was happy to allow Zelimkhan Yandrabiyev, a Chechen rebel leader, to visit and host rallies and fundraising events across all the major cities, despite objections from Russia. A few years before that Pakistan supplied arms to groups of mujahedeen fighting in the Bosnian War, blatantly disregarding a UN embargo. And it wasn’t long ago that hardliners tried to convince Khan to cancel diplomatic relations with The Netherlands, after a Dutch politician proposed hosting a contest to draw Mohammed. As a rule, Pakistan likes to see itself as the prototypical Islamic state, and one happy to flag the mistreatment of Muslims everywhere. But not this time.

Why? Because China now has a strategic grip on Pakistan. Key to the relationship is the China-Pakistan Economic Corridor (CPEC) which now comprises tens of billions spent on motorways, railway lines and port expansion, not to mention the construction of an international airport, further education colleges, petrochemical facilities and a major hospital. It’s a massive infrastructural endeavour, linking Kashgar in Xinjiang to the Balochi coast, and forms part of the wider Belt and Road Initiative — a project designed to spread Chinese trade and influence through the expansion of land and sea corridors. In other words, Pakistan now relies disproportionately on financing from Beijing for its economic progress: a state of play that means the government in Islamabad has limited room to manoeuvre. And assistance goes well beyond infrastructure and investment. Pakistan’s nuclear ambitions have long been nurtured by a China keen to contain India. Pakistan’s growing nuclear stockpile comprises missiles and launchers which may be manufactured and tested at home but are made to a design supplied by China, who also provide advanced training to Pakistani nuclear scientists.

This all puts Imran Khan in an awkward, compromising position. He must look like he cares. But he will also know there is realistically nothing he can do to improve the current situation in Xinjiang. He is left with a tricky balancing act — staying on friendly terms with China without undermining the pious persona he peacocked in front of voters. For ever since his entrance into Pakistani politics Khan has been keen to burnish his religious credentials and jettison the playboy image that defined him as a superstar cricketer. His 2012 autobiography, Pakistan: A Personal History, portrayed an emerging leader who had completed a moral journey by rediscovering the certainties and discipline of Islam. The London days of the younger Khan, of drinking, bedhopping and stumbling out of nightclubs, were conspicuous by their absence. In this year’s Prime Ministerial election, he courted the hardliners by mounting a spirited defence of the blasphemy laws. Now he risks alienating the same people who helped deliver him to office.

On November 23rd the Chinese consulate was attacked by a suicide bomber. Three other assailants were killed in a shootout with police. The separatist Baluch Liberation Army claimed responsibility in the aftermath. No surprises there, as it continues to wage war in its pursuit of an independent Baluchistan. But the reaction of Prime Minister Khan was most revealing. That he called the violence an Indian-led ‘conspiracy’ to undermine cooperation between the Chinese and Pakistani governments, reflects where the establishment feels its real interests lie. It means anyone who hoped Khan would make a bold, public humanitarian case for the Uyghurs is likely to be profoundly disappointed.