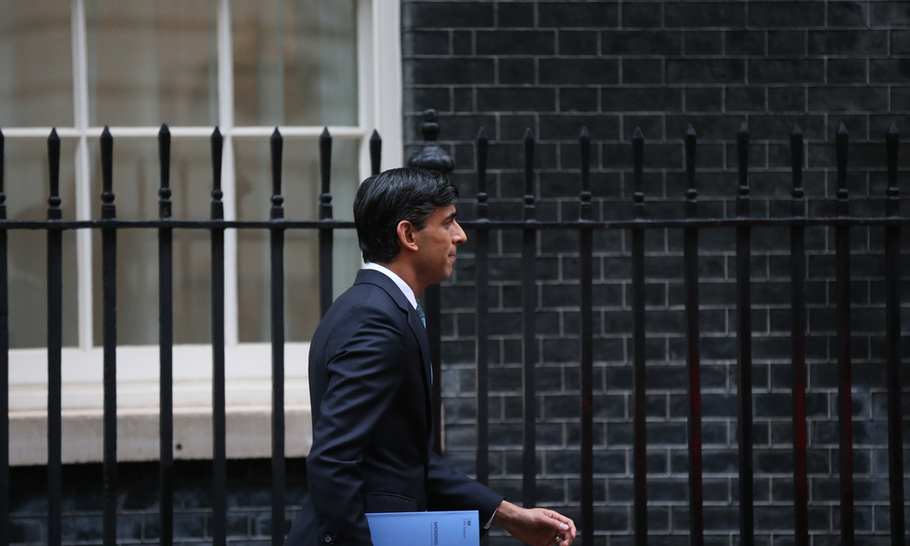 Rishi Sunak’s windfall tax U-turn is already costing me money. A couple of weeks ago, I made a bet with a friend that this Government would not resort to raiding energy companies’ profits to boost Treasury revenue. I was clinging onto the hope that there was still an ounce of truth in ministers’ claims that they believe in low-tax, free-market economics. Apparently, I was wrong.

In times of crisis, of course, some rules need to be thrown out of the window. The Covid spending package two years ago, for instance, would have been unthinkable from a Tory government in any other context – but as I wrote at the time, in the wake of the first viral pandemic in a century, it was proportionate.

However, we now seem to be leaping from one crisis to the next. First there was Brexit, then Covid, now war in Europe and inflation, not to mention the environmental “emergency”. There must come a point where a party which has always stood for low taxes, economic growth and individual autonomy puts its foot down and says: no more.

The current round of crises would have been the perfect opportunity for this Government to do that. The Conservatives could have drawn a clear line between them and Labour, refusing to introduce any more taxes, providing short-term cash support to relieve the financial pain for those most in need, but sticking to growth and sensible economics as the longer-term route out of the crisis.

Instead, we are on track for the highest tax burden since the Second World War, with new or increased now taxes now apparently the Treasury’s go-to tool for addressing any problem. As Kate Andrews writes in the Spectator, Rishi Sunak will find it hard to shake his newfound reputation as a tax hiker.

Where the money comes from was never the issue in the first place. We are already in unimaginable debt, with one year of national debt interest now costing taxpayers, present and future, £83 billion. The much stickier issue is how and where to spend money to alleviate the cost-of-living crisis. Sunak has finally conceded that a small loan on energy bills won’t do and has unveiled a package of measures, including a non-repayable £200 discount on energy bills for everyone.

This is a straightforward approach. “Energy bills are too high, so let’s give everyone a flat-rate discount.” There is a distinct lack of creative policy thinking in our Government. Other countries in Europe have implemented VAT cuts on energy bills in Spain, tax credits for energy-intensive companies in Italy, and even a low energy price cap, with the government paying the difference, in Norway. Meanwhile, the best Britain can come up with is to throw a few medium-sized cash payments at the problem and hope it goes away, with no thought for the recession to come.

When a party has been in government for as long as the Conservatives have, a degree of stagnation is inevitable. That’s why, when new leaders come in, it is imperative they put their own ideological stamp on the party and shake it up with fresh thinking and new ideas. Boris Johnson tried to do that by appointing Dominic Cummings as his tsar, which turned out to be a rather more explosive decision than he first thought.

He then over-corrected his mistake by replacing Cummings with Dan Rosenfield, a man who made headlines for his furniture preferences more often than any boldness of leadership or interesting policy ideas.

Now that Rosenfield, too, has departed, it is a new official, David Canzini, to whom many point as the brains of the Government. Reportedly, he is the voice of common sense in Number 10, always asking advisers: “What’s Conservative about this?” Canzini could re-ground the Government, reminding them of what their party stands for — but only if ministers pay attention to what he says.

Wherever it comes from, this Government is in dire need of a refresher course in Conservatism. The phase in which they were able to retain support because “at least they’re not Labour” is over. Jeremy Corbyn is long gone, and the Tories have embraced too many Labouresque policies. The cost-of-living crisis has turned the next election on its head. Boris Johnson and his ministers need a convincing solution to this problem, and a few hundred pounds in pay-outs here and there just won’t cut it.