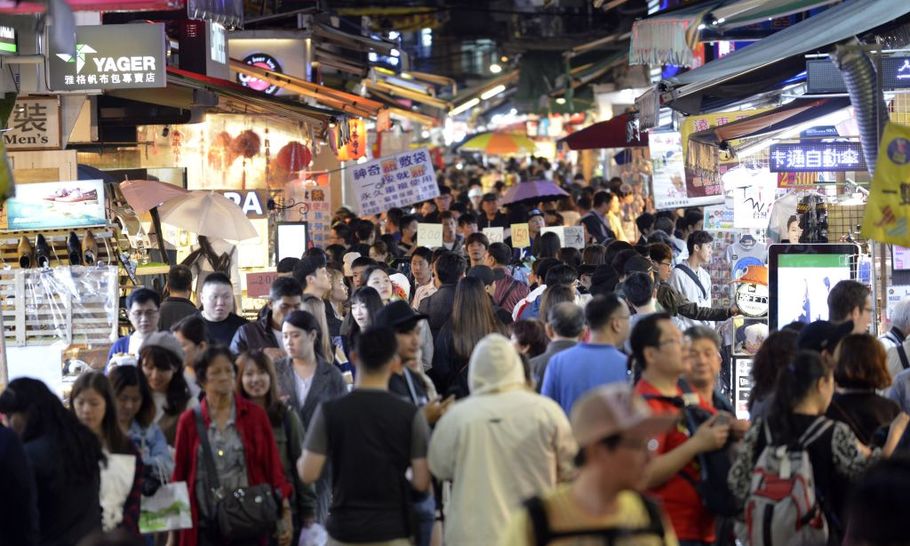 Recent weeks have featured a spate of contentious military manoeuvres and sorties by the Chinese People’s Liberation Army near and over Taiwan. The rhetoric by both Chinese and US politicians and military officers has become sharper. It hasn’t been helped by speculation and unguarded comments about the possibility of the US recognising the sovereign status of Taiwan. To Beijing, this would be like waving a red rag to a bull.

What makes current tensions rather sensitive is that the US President, along with most of the White House and the Joint Chiefs of Staff are incapacitated or in quarantine due to Covid, and the US is completely distracted by a pandemic-dominated election campaign. In theory, it’s an ideal time for an adversary to make trouble. Recent developments surrounding Taiwan may, after all, simply be theatre, messaging, and a cranking up of the coercive diplomacy that China practices in many parts of the world. Yet in circumstances in which there’s no diplomatic infrastructure to defuse potentially dangerous clashes or random accidents, you never know.

It was with some relief, therefore, that Taiwan’s Minister of Foreign Affairs, Joseph Yu, said in a recent interview that “Taiwan is not pursuing formal diplomatic ties with the US for now”. Were this to happen, many other countries might follow suit and recognise Taiwan. Beijing regards Taiwan as a “renegade province” which it has pledged to reintegrate into the mainland. Xi Jinping has made this one of his intended legacies, one way or another. Formal recognition, therefore, would  be a serious escalation in China’s eyes.

That said, and even if nothing formal happened, there is no question that in its Taiwan policy as in other areas, the US is now reacting to a more truculent and assertive China. Beijing’s military, fishing and other commercial activities, and island-building in the South and East China Seas, the repression in Xinjiang Province and of Hong Kong, disputes and tensions with Australia, New Zealand, Vietnam and the Philippines, and the recent clashes with India in the Himalayas have all contributed to a new warmth in America’s Taiwan policy. This is partly to counter China directly, but also to present the US in Asia — where many countries are conflicted between their economic and security interests regarding China and the US — in a more robust light.

There are those in Washington who advocate full recognition of a fuller commitment to Taiwan. Yet the Trump Administration has continued to sustain the so-called “strategic ambiguity” policy with respect to Taiwan, in which successive Administrations have sought to keep Taipei at diplomatic arm’s length while encouraging close commercial and security relations, including the sale of fighter planes, tanks and other armaments.

Strategic ambiguity though, may be tilting more to the strategic. In March this year, President Trump signed the Taipei Act, under which the US is supposed to help Taiwan improve its international status. His government has also tried to counter Chinese “bullying”, in which US firms, airlines and hotels have dropped the use of the word or image of Taiwan in their businesses to appease Beijing. In May, the US tried, in vain, to have Taiwan admitted as an observer to the World Health Organisation. In August, Alex M. Azar, the US Secretary of health and human services, met Taiwan’s President Tsai Ing-wen in Taipei, marking the highest level visit by a US official since 1979. The following month, US Under Secretary of State Keith Krach became the second senior official to arrive in Taiwan and met the President.

One imagines that while China sees America’s current travails as a good moment to flex its muscles over Taiwan and other regional matters, matters of substance — to the extent they can be planned and predicted — will stay on the back burner pending the outcome of the November elections. Yet, sooner or later, Taiwan will become a major issue.

For the US, losing Taiwan to China, especially militarily, would almost certainly signal the end of American power in the Pacific. It would also fulfil China’s ambition to drive the 7th Fleet beyond the so-called first and second island chains, and give China the opportunity to project its own military strength and political influence. It would send shock waves through Japan, South Korea and Australia, as well as the whole of south and east Asia, destabilising the entire region. With Trump, you never know, but in general, it seems unlikely the US would willingly back away from Asia.

For Xi, the peaceful reunification of Taiwan seems a forlorn hope, which leaves only two options: invasion, or coercion. It probably doesn’t want to invade and occupy, not least for the wastage of significant political capital.  Its military would prevail, but it would not be straightforward, partly because of Taiwan’s complicated geography, and in any event, it might have to contend with the US 7th Fleet. Even then, holding down a nation of 24 million people would be a logistical nightmare. Yet, reunification is the holy grail for the Chinese Communist Party. It is likely to continue its coercive pressure on Taiwan, hoping that it will eventually bend.

With the re-election of the current Taiwanese president last January, though, the slim chance that the “one country-two systems” slogan would continue to bind Taiwan to China was lost. There seems little, if any, chance for the time being that Taiwan will gradually align itself with and to the Mainland politically. Coercion by China, however, may remain a nuisance rather than a game-changer if Taiwan can do two things.

First, it needs to remain economically successful, and at the cutting edge of the world’s semiconductor and advanced technology industries. Indeed, while China still accounts for about a third of Taiwan’s trade and Taiwan’s manufacturing and technology sector is heavily invested in China, a number of firms have been bringing parts of their business back home, spurred by the pandemic. They have also been allocating new investment at home rather than in China.

Second, Taiwan needs to deepen its relations with other major nations, including in Europe and Asia, and also with  international institutions . It is already a global leader in manufacturing and advanced technology, and the pandemic has revealed it to be a reliable supplier of safe and reliable PPE equipment and other pandemic-related healthcare products.

Short of a brutal invasion by China, Taiwan and the rest of the world could keep the reunification dream just that.