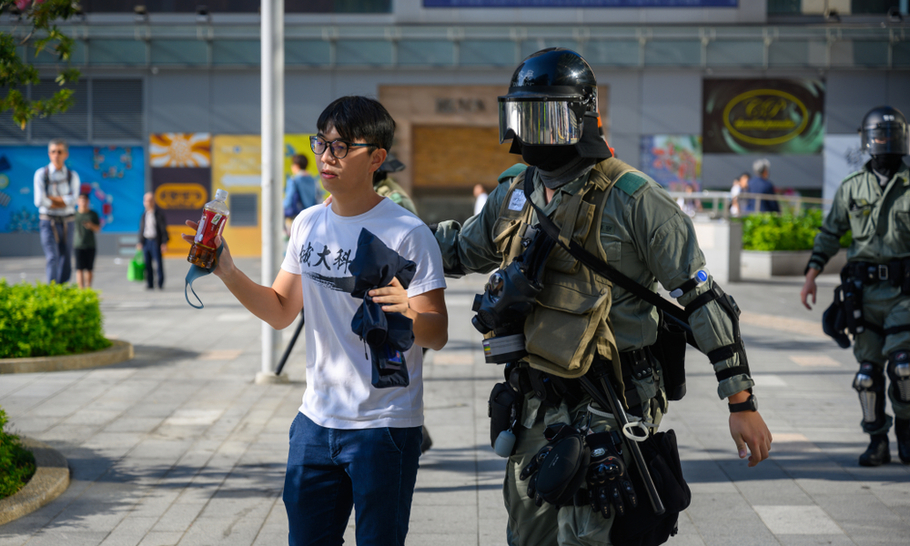 On Sunday, December 8, hundreds of thousands of protesters took to the streets of Hong Kong to mark six months of demonstrations against new, invasive legislation from Beijing. Thousands of Hong Kongers have spent over half of their 2019 braving tear gas, assault, and brutal repression from police in their quest for change.

They are not alone. 2019 saw a spate of protests sweep across the globe. From Latin America, to the Middle East, to Europe, a wave of dissatisfaction with the status quo engulfed the developed and developing world alike. The question is whether that will continue in 2020 and if so, what form will it take?

Of course, protests are not uncommon — the ebb and flow of demonstrations and social movements keep societies moving forward and leaders in check. The sheer size and breadth of demonstrations that we have witnessed in the previous decade is astounding — the Arab Spring, the Occupy movement, the Gilet Jaunes.

Triggers have ranged from a metro price hike in Chile, to an ageing, unfit Prime Minister refusing to relinquish power in Algeria, to the climate strikes across the world that have captured global attention.

But despite their disparate nature, a United Nations Development Programme (UNDP) report that examined recent protests, found that they did have certain traits in common.

“This is the new face of inequality,” says Achim Steiner, an Administrator at the UNDP, as he reflected on the protests. The UNDP’s report, released in December, painted a damning portrait of the entrenched levels of inequality that not only persist, but whose roots are becoming more embedded in the face of unchecked global growth. The 2019 Inequality-Adjusted Human Development Index, the sister index of the Human Development Index, revealed that 20 per cent of human development progress was lost through inequalities in 2018.

Will the year ahead bring the change that so many desperately desire? It’s hard to be optimistic. Lebanon’s protesters, for example, have been able to remove Prime Minister Saad Hariri, but they have stalled as the hunt for a suitable replacement has run dry. In Colombia, the general strikes that began in November, over rumoured labour reforms, have developed into nationwide demonstrations with no sign of resolution.

Fuelling the anger of many, and entrenching divisions between people and power, have been the violent response of many governments to the largely peaceful demonstrations. Mass arrests, assault, and even killings have become commonplace. In Latin America, governments have thrown blame on each other, closing borders to neighbours for fear of foreign influence. The new Bolivian government has expelled 725 Cuban nationals, many of whom are doctors and medical staff working there under an agreement with the Morales government.

While it is difficult to picture any implementation of the kind of deep, structural reforms that many protesters desire, the movements of 2019 do offer reasons for hope, first, in what they have achieved. Unpopular leaders have been ousted in Lebanon, Algeria, and Sudan. In Hong Kong, the administration has abandoned the unpopular extradition bill that sparked the protests in the first place. Across Latin America, citizens have demonstrated their staunch opposition to worsening inequality and corruption, securing new benefits in Ecuador and Argentina.

Second, we should admire the protests for what they represent. People across the world are active and organised against the threat of authoritarianism. When leaders overstay their welcome; when governments exploit their power for personal gain, and when anti-democratic policies creep into the political agendas, citizens have risen against the challenge.

Finally, protests diffuse. It is no coincidence that isolated movements in Chile and Algeria have spawned similar uprisings across Latin America and the Middle East and North Africa. Diffusion theory holds that movements in one country can inspire similar movements in neighbouring countries as citizens are given a model to follow.

As 2019 shows us the power of protest diffusion, so 2020 can show us the power of popular, grassroots movements. After withstanding six months of brutal suppression, protesters in Hong Kong have been resilient. As 2020 dawns, they will not go quietly into the night. In the coming year, and indeed the coming decade, governments will need to tackle the deep-seated issues of inequality that plague the lives of billions across the world, or else they risk their own power, and the stability of their nations.

Without action from the top-down, we can expect to see more and more movement from the bottom-up. The coming decade will bring with it even more challenges to the people, as the automation of work risks mass unemployment, and the effects of climate change threaten the displacement of millions.

At the heart of all this, as the UNDP has shown, is the issue of inequality. Governments must begin to tackle this root cause if they want their regimes to last the decade.