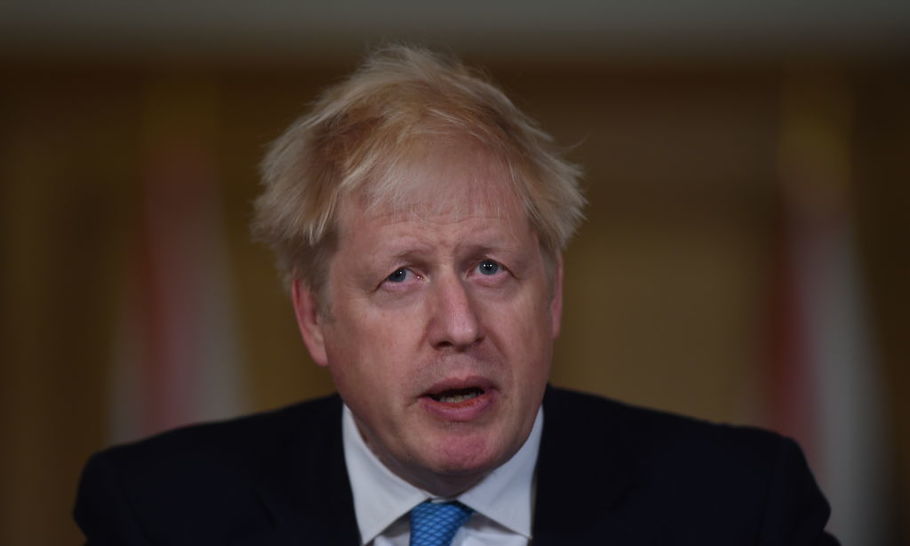 Even as he announced that the outcome he had once derided as absurd and impossible was now a distinct possibility, he couldn’t resist the trademark Johnson smirk. It’s a look that siblings, wives, children, mistresses, bosses, colleagues and now the great British public have grown used to, the look that says “well, yes, I’ve been caught out, I’ve well and truly screwed up, but I will get out of this scrape in the same way I got out of the others. I will blame someone else, accept no responsibility, do a bit of gaslighting, and find another game to play.”

Finding the someone else to blame is easy — “Europe”. He has been doing it since his days as a bent banana story inventor for the Telegraph in Brussels. Lies and myths were useful in helping to win the referendum campaign. It was the death of several of those myths that he appeared to be signalling when he smirked his way through Friday’s home video explanation as to why no trade deal — or “Australia”, as he calls it — was now the outcome that should be making us face the future with “high hearts”.

No longer, it seems, do “they need us more than we need them”. No longer could we have cake and eat it. No longer did we hold all the cards. No longer were the words “win-win” in the Brexit lexicon. And, for sure, it had certainly not turned out to be “the easiest deal in human history” during a post-referendum process that has now lasted two weeks longer than the First World War, with little sign of Armistice Day in sight. There should be a memorial to the myths and, at this rate, a memorial to the UK as one of the great nations of the world.

The gaslighting came in the way that he tried to present the possibility of no deal — sorry, “Australia” — as not merely inevitable but really quite good. The alternative game he went on to play was Covid, with a press conference later in the day whose sole purpose appeared to be to attack Andy Burnham, the Mayor of Manchester. Broadcasters duly obliged.

Moving effortlessly from being let down by “our friends in Europe” to being frustrated by “our friends in local government,” Johnson failed to see any irony in attacking Burnham by saying that difficult problems are “best tackled by working together”. This from a man whose legacy will be the withdrawal of the UK from a multi-national organisation that has rather effectively faced common challenges for several decades, plus, possibly, the historical achievement of putting enormous peacetime sanctions on a whole raft of key industries — in his own country.

Even so, I expect that some kind of trade deal will be reached. But one thing is absolutely clear — for all the Daily Express flag-waving that such a thing would herald, it can only now be a bad deal.

Take the financial services sector alone, which makes up almost seven percent of GDP and accounts for a million jobs, two-thirds of them outside London, and contributes £75bn in taxes to Britain each year. For them, no deal has effectively already happened. Yet Johnson and Co appear totally unconcerned. They have conceded the loss of so-called “equivalence”, while expending far more political capital on the fishing industry which may only account for 0.1 per cent of the economy, and 24,000 jobs, but which generates a huge amount of headlines and Nigel Farage stunts in the Brexit press. As we have seen on the issue of the “invasion” (sic) of asylum seekers in the Channel, Brextremist press headlines carry far more weight with this government than the actual real economy and the actual living standards of actual real people.

It was all so different during his election campaign, when during a visit to a pie factory he claimed all that was needed for his “oven-ready deal” was a Tory majority. It was all so different when he said he could “absolutely guarantee that we will get a deal” — not just any deal but the “great deal” he drove through parliament. Well, he got the majority. The deal never existed. Like so many of his stories as a journalist, or his promises as a politician, it was founded on a lie.

“Australia” is the latest lie. “We wanted Canada, but if we can’t have Canada, we will make do with Australia.” It all sounds so nice, doesn’t it? Instead of Mounties and Maple Leafs, Kangaroos and Boomerangs. What’s not to like about an “Australian deal”, an “Australian exit”, an “Australian arrangement”? Well, for a start, ask any Aussie and they will tell you why they are working so hard to get a proper deal with the EU — because they need the EU more than it needs them.

Second, he could just have easily (if he had an honesty gene in him) have said we were doing a Palestine deal, or a Georgian deal, or a Kosovan deal. He could have urged us to have our hearts high because we were going to trade with our biggest and nearest neighbour on the same terms as do the Turks, the Ukrainians  and the Vietnamese. But no, the Gaslighter in Chief and his Vote Leave cabal hope that if they just say Australia and Canada a lot, people will feel reassured we are merely involved in some kind of Commonwealth of nations.

We need Europe more than the Australians do, not least for the working of just-in-time supply chains in car, food, drugs and other industries. Fair to say border and customs checks between the EU and Australia will not be quite as disruptive to the movement of people and trade as checks between the EU and the UK. I’m not aware of Australia building giant lorry parks to prepare for it taking two days to get into France.

The government estimates between half and 85 per cent of lorry drivers will not have the necessary documentation to enter the EU via France. HMRC calculates that British businesses would spend £15bn extra a year on paperwork if no deal is the final outcome. So much for the bonfire of Brussels red tape strangling British business.

On the self-imposed sanctions point, UK farmers who were constantly assured no deal was not an option now face quotas, and tariffs. The EU’s average WTO tariffs are 11.1 per cent for agricultural goods, 15.7 per cent for animal products and 35.4 per cent for dairy. That is an awful lot of businesses that will struggle to survive. Carmakers face export duties of 10 per cent, which could amount to €5.7bn per year. That would increase the average price of a British car sold in the EU by €3,000.

“Devastating” is how both industries have described the prospect. Johnson’s response: “They will adapt to an Australian exit and do very well indeed.” As to how, answer came there none.

I don’t know of any sector that shares Johnson’s belief that the country could “mightily prosper” without a deal. Nor are the potential risks only economic. Losing access to EU databases does real damage to the fight against crime and terrorism. Leaving without a trade deal risks fresh instability in Northern Ireland, particularly if the government chooses to act on its threat to break international low by overriding the protocol in the previous Withdrawal Agreement. They really are playing with fire.

In a rare outburst of honesty, Johnson once said that failure to reach a trade deal would be a “failure of statecraft”. He was right. It’s just that either he didn’t mean it then, or he doesn’t care now, or both. Either way, the central truth about Johnson as PM so far is this: he had two big challenges, delivering a good Brexit deal, and managing Covid. He has been a disaster on both.