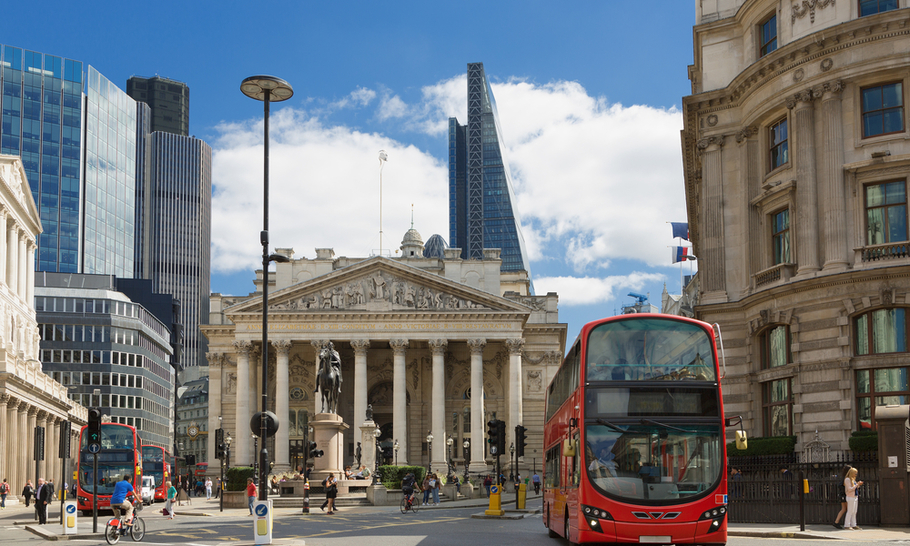 Strange days have found us

And through their strange hours

— Strange Days, by The Doors

Mind-bending drugs are known to inspire those exploring new realities in science, music and culture. We needed none, though, to have had a new reality thrust upon us in the last 10 days, taking us through the looking glass into a world of economics, finance and politics that is unrecognisable. In this country, a Conservative government with an 80-seat majority that, only weeks ago, was still exhorting us to go forward to a deregulated, independent, global Britain has brought back Big Government and a command economy, about which the incumbent Labour leadership can only have dreamed. It’s no comfort at all that we are not alone. Strange days.

In the 10 days from the Budget to Chancellor Rishi Sunak’s announcement last Friday, the government’s initial fund of £12 billion to deal with the Covid-19 crisis became a fiscal bazooka that might be in the region of £200 billion, the equivalent of 10 per cent of GDP. That excludes the £350 billion of loan guarantees to companies and other grants that were announced in the interim, and makes no allowance for the impact on public borrowing of what now looks like a deep recession, in which the economy might contract this year by about 7 per cent.

Apart from shutting down society and social interaction as we know it, the government has had to step in to guarantee wages (80 per cent of salaries, up to £2,500 a month, or just above median income), defer VAT and other tax payments, offer “holidays” on business rates, mortgages and rents, boost payments under the universal credit and working tax credit schemes, provide statutory sick pay for the self-employed. In other news, in an echo of the US government’s Troubled Asset Relief Programme or TARP, introduced in 2008, the government, anxious that the loan guarantee scheme may not suffice, has let it be known that it is prepared to buy equity stakes in airlines, and perhaps other companies.

We are, in effect, in an undeclared state of emergency of unknown duration and intensity. While the health system is in the process of building capacity and if, as the experts at Imperial College and elsewhere suggest, an effective vaccine may be 12 to 18 months away, economic and social restrictions may be in force for much of that time. They may ebb and flow, be staggered or distributed, but it is unlikely that the economic status quo ante will be restored while this is the case.

It is with relief that economic life in China seems to be returning. But this follows a period in which GDP may have contracted by 15-20 per cent during the first quarter of 2020. Yet, it isn’t clear that normal economic activity will resume, or what the lasting damage has been from such an enormous contraction. In the UK, US and Europe, among other developed nations, double-digit economic contractions in the second quarter, even if not as big as China’s, are going to surprise a lot of people. Assuming that the second half of the year can’t be as bad as the March-June period, some sort of stabilisation or rebound is possible. But no major nation will avoid a growth contraction for the year as a whole or be able to look forward confidently to a normal 2021, at least as far as things stand at the moment.

In the US, a regularly watched leading indicator, which measures weekly initial claims for jobless benefit, surged 33 per cent to 281,000 in the week ending March 14, but some forecasters think this could rise to over two million in the week ending last Friday. It is hardly surprising that governments and central banks have been bending over backwards to copy the British government’s reponse.

What’s needed, though, is more cash that can be disbursed quickly to support people and firms, rather than credit which is more unwieldy, takes longer and has more uncertain outcomes. Income support, wage subsidies and sick pay are important ways in which the government can keep income and transactions flowing through the economy, digitally if necessary, and with speed. Companies, most of which are probably viable, but face cliff-edge threats, need cash help, or relief, to pay bills. Central banks have to support the markets in which they raise short-term funds.

The US Congress is going to be asked to pass a fiscal package of assistance and spending of about $1.6 trillion, or about eight per cent of GDP. And that’s on top of a 2019 deficit of about 4.6 per cent of GDP. Germany, France and Italy and other countries have all announced programmes of fiscal assistance. Germany, which has spent the last six years balancing the Federal Budget according to a constitutional provision, last week announced it would seek new borrowing this year of €356 billion, also 10 per cent of GDP, and put in pace €400 of loan guarantees. Between them and the US and UK, and adding in the announced cash injection and loan guarantee programmes of their central banks, they plan to inject something in the region of $7-7.5 trillion or close to a quarter of their combined GDP.

We shall see where these and additional efforts go, and how they are calibrated to meet the evolving course of the pandemic, and hopefully in time, the development of more robust health system capacity and a vaccine. Expect governments to pay scant attention to limits — previously regarded as sacrosanct — on borrowing to cope with the emergency, and look out for what economists have for a while called, esoterically, Modern Monetary Theory. This is the latest thinking about how and under what circumstances, governments might use central banks to finance spending programs directly, that is, without issuing bonds. It’s fundamentally about both boosting the economy and creating inflation. This is how far we have come in a few short weeks.

Much of what we thought about the global economy, and our own lives, a few weeks ago has been transformed. We cannot tell if things will ever be the same again, or at least when the emergency will wind down. Health system preparedness should now be viewed in the same way we treat defence. Ideas about community, work and lifestyles are in the balance. Politics and politicians are walking a thin line of trust. Globally, the fabric of globalisation, the security of supply chains, reliance on just-in time inventories, travel nonchalance, and much else are all in play.