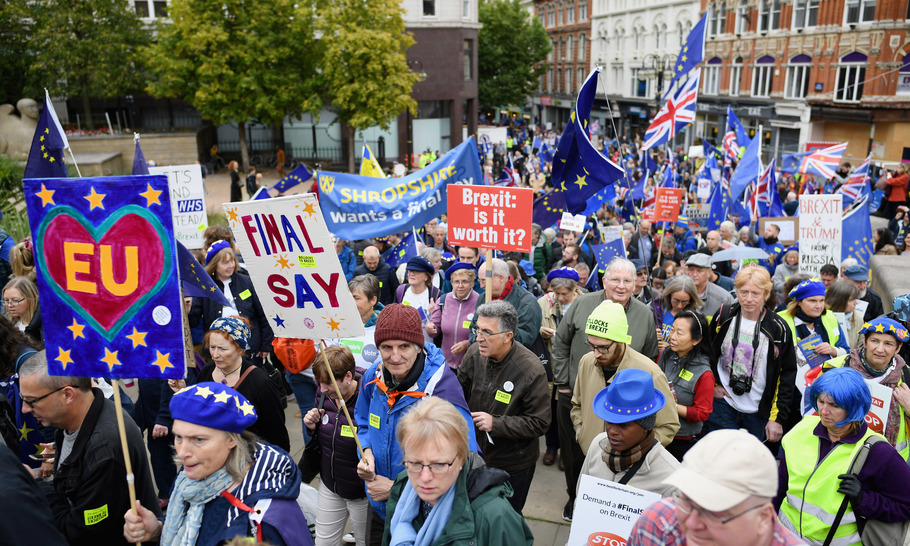 ‘Unity’ is broadly thought to be a good thing, like ‘growing as a person’, or Diana Ross. The temptation of a cross-party ‘unity’ government to resolve Brexit is therefore not hard to understand. Parliament’s adversarial system of opposed parties and increasingly factions, has brought us to the edge of ‘No Deal’. Even if a compromise is reached, we are still at just the start of years of negotiation. Do we really want to continue with the undignified spectacle of a government – like a sitcom character rushing between two dinner dates – having to negotiate simultaneously in Brussels, and with MPs at home?

The problem is that to approach Brexit as if it were merely a complicated technical puzzle requiring a ‘government of all talents’ to collaborate on a solution to, is to fundamentally misunderstand both its significance and causes.

When I was a spotty A-Level Politics student at the start of the 2000s, there were elements of New Labour that were applauded quite uncritically. These included the ‘Clause 4’ moment, which ended the symbolic ideological difference between Labour and Tory attitudes to private property, the granting of independence to the Bank of England, removing it from the democratic oversight of political parties, and Tony Blair’s own pose of apolitical pragmatism: ‘I don’t feel myself a politician even now’, ‘what matters is what works’.

This performance was one of ‘unity’. The great political polarisations of the twentieth century were over, and society’s problems would now be resolved with sensible, evidence-based solutions, by actors who – whatever their cosmetic differences – were ultimately in agreement on the fundamentals.

But – as Brexit and Trump have made clear – society isn’t in agreement on the fundamentals, and doesn’t respond well to politicians pretending it is. As Peter Mair has described in Ruling the Void: The Hollowing of Western Democracy (2013), the great coming-together of western parties along the Blairite pattern was accompanied by rock-bottom party membership, and a collapse in voter turnout. Those who were not turned off from political participation, were tempted into the arms of extreme anti-political movements: chief among which in Britain was Euroscepticism.
Too much ‘unity’ between parties, in other words, played a role in the anti-political atmosphere that delivered Brexit. But – inversely – Brexit has in turn played a role in breaking up that fake unity, and bringing people back to politics. The unexpected increase in turnout in the 2016 referendum was mainly among those who reported little interest in politics, and who considered themselves unattached to any political party. The 2017 General Election, meanwhile, provoked the highest turnout among young people for 25 years. Wherever one stands on Brexit itself, this re-politicisation must be regarded as good for democracy.

This is why thinking Brexit can be solved by returning to a model of unity is to completely misunderstand it. While Theresa May and Jeremy Corbyn are both committed to honouring the referendum (and could even end up coming to an agreement during the ongoing talks) they hope to use Brexit as the turning point for totally different re-imaginings of society, in the material interests of different social groups. The deadlock produced by our parliamentary system may be awkward. But to imagine that Brexit could be de-politicised and removed from contestation by a unity government, is both to misunderstand its causes, and to seek to suppress the positive re-politicisation that it has provoked.

Brexit is not a stand-alone technical problem, but is complexly embedded in a whole range of competing social views and interests. Now we know the limits of what can be negotiated with the EU, it is time for a General Election. Only this will allow the main parties to show the country how the available Brexit options fit with their wider social aims. After that, Brexit must be returned to the politicised cut and thrust of parliamentary contestation once again.