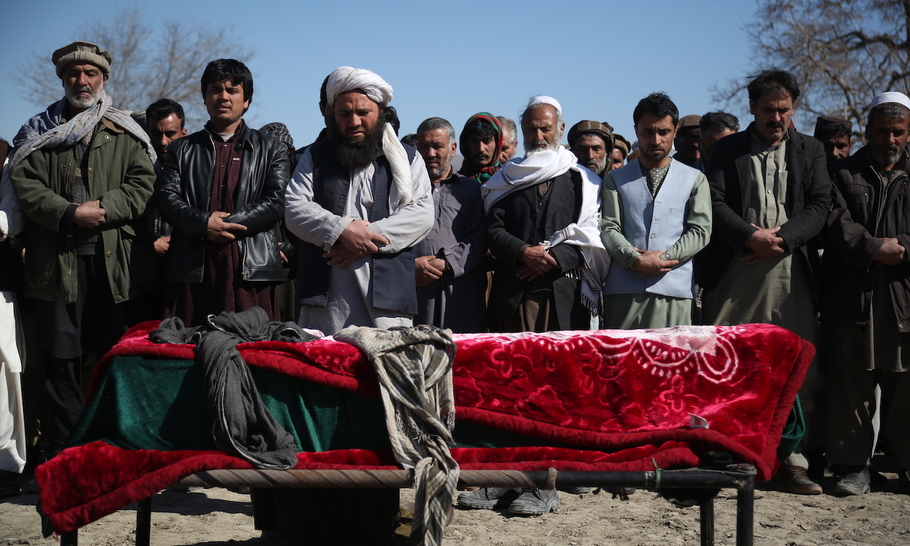 “You have the watches,” the Afghan Taliban used to taunt their enemies in what became a much-hated cliché of the 18-year war. “But we have the time.”

And so it has turned out to be. Put to the test in a seven-day pseudo-truce, to prove the insurgent leadership’s control over their gunmen, the Taliban are set to sign an agreement with the United States on February 29 that could take Afghanistan a step closer to ending its long and brutal war.

The commander of international forces in Afghanistan, US Army General Scott Miller went walkabout in Kabul mid-week in a show of bravado, knowing how desperate the insurgents have been to reach this point. The Taliban, in turn, understand the desperation of Donald Trump to pull his troops out of Afghanistan and thus fulfil a campaign promise to end American’s longest war ahead of his re-election bid in November.

Across the country, people have welcomed the lull in the killing with tentative hopes that it might just be the beginning of the end of the violence. They’re exhausted. The United Nations reported, as the “reduction in violence” began at midnight on February 22, that in 2019, for the sixth consecutive year, the number of civilians killed and wounded in the war surpassed what it called the “grim milestone” of 10,000 civilians, most of them by insurgent groups. It says 47 per cent were caused by the Taliban.

Untold thousands more have been maimed and traumatised. The UN’s special representative to Afghanistan, Tadamichi Yamamoto said: “Almost no civilian in Afghanistan has escaped being personally affected in some way by the ongoing violence.”

The signing of an agreement between the Taliban and the United States is intended to lead to talks between the insurgent leadership and the government in Kabul, the second phase of a two-part process initiated by Trump and designed to facilitate a partial drawdown of the 12,000 US troops in the country. Nato and its partners are expected to follow.

The deal comes after 10 years of efforts to bring the Taliban to the negotiating table, which had largely been stymied by a US refusal to talk to the insurgents, who in turn refused to talk to the Kabul government. Trump broke this impasse by going direct to the Taliban, sending his envoy, Zalmay Khalilzad, to Qatar, where they have an official presence and where the Saturday signing is set to take place. The next step is direct talks between Kabul and the Taliban.

Nato Secretary General Jens Stoltenberg told reporters on Friday that an international military presence will be maintained to ensure the “Taliban deliver on their side of the deal”. Saturday’s agreement would “hopefully” include an announcement of intra-Afghan talks, he said. “It has to be an Afghan-led process.”

After 40 years of war, Afghan people just want the violence to stop, but many are fearful, too, of what will follow. They remember the devastating civil war of the 1990s that followed the withdrawal of Soviet forces, when strongmen fought for power, and tens of thousands died in Kabul alone. The pockmarks of that war can still be seen in some parts of the city.

Taliban commanders have bragged throughout this week that they’ve defeated the occupiers and are on the path to power. Many of the areas of Afghanistan that are under Taliban control, up to half the country, serve as reminders of what the country’s fate could be — a return to the autarkic plain of extremism, misogyny, arbitrary justice, poverty and misery that marked their 1996-2001 regime.

Women, journalists, human rights activists, the outspoken, the urban youth, holders of foreign passports and government employees are especially concerned that guarantees of rights and safety in the 2004 Constitution will not be honoured and could even be sacrificed for a peace deal. So far their fears of regression have not been adequately addressed.

Massoud Hossaini, a Pulitzer Prize winning photographer, said the lack of information about the terms of the deal between the United States and the Taliban is stoking public concerns. “When we don’t know what the agreement is between a foreign government and the Taliban, how can we be positive? People are happy and hopeful with the reduction in violence but in the big picture we don’t know what will happen.”

“My life, my work, my future, nothing is being talked about. How can we trust it? I have had conversations with Taliban supporters who say now they have won, they will come to Kabul and kill the ‘foreign puppets’ — and that includes me. There is hope after some days of reduced violence, but no confidence,” he said.

The trepidation has been exacerbated by the power games currently being played by those who should be showing leadership. President Ashraf Ghani was declared winner of a dubious election, held last September. His rival, Abdullah Abdullah also claimed victory and set about appointing regional officials and planning his own inauguration party. Last time round, in 2014, he called on his supporters — among them warlords and leaders of ethnic groups — to march on the city in what looked for a short time to be the precursor to another possible civil war.

An international intelligence source said that peace envoy Khalilzad has in recent days brokered a reconciliation between Ghani and Abdullah to smooth the way to Qatar. Could Abdullah have finally snagged the prime ministership he was promised in 2014, in return for coming onside for peace?

The international community is also playing it safe, “noting” the announcement by election authorities of Ghani’s win. Only the European Union, a bit-player in Afghanistan at the best of times, has acknowledged him as winner, in a break from the lines agreed by Kabul’s Western backers. Ghani has acquiesced to a US request to delay his inauguration.

If the deal is signed on Saturday, it will see US troop numbers cut, and plans put in place for direct talks between the Islamic Republic of Afghanistan and the Taliban’s self-styled government-in-exile, the Islamic Emirate of Afghanistan. Neither side has demonstrated a willingness to accommodate the other, and this lack of trust and flexibility could take some time to overcome. Low voter turnout in the election has raised questions about the legitimacy of the Kabul administration, and whether the Taliban will accept it as a negotiating partner.

It is yet unclear just what the Taliban wants — a power-sharing deal that includes control of certain ministries? In which case, how do they integrate into the existing power structure? Are their tens of thousands of fighters absorbed into the current security structure? Already, there are signs that the Taliban wants to bolster its fighting strength, with reported demands for the release of thousands of prisoners before talks with Kabul.

What about their attitudes to women, who, with the deaths of their men on the battlefield make up more than half the population and have made enormous strides since 2001. A recent article by the deputy leader of the Taliban, Sirajuddin Haqqani — carried uncritically by the New York Times, which made no reference to his leadership of the most vicious and indiscriminate killing machine of the war, the Haqqani Network — referred to the rights of women “granted by Islam”. By whose interpretation?

Saturday’s agreement is believed to include pledges by the Taliban that Afghanistan will not again become a safe haven for international terrorist organisations, such as al-Qaeda and Isis. Naturally the United States seeks to avoid a repeat of 9/11, carried out by al-Qaeda under the protection of the Taliban. There are around 20 other terrorist groups active in Afghanistan — where do they fit into the peace equation? Will disgruntled Taliban commanders and gunmen, unhappy that their leadership is dealing with the enemy, defect and continue the fight? Afghan officials say this is already happening.

The role of neighbouring countries is also not clearly defined. Pakistan has bankrolled and harboured the Taliban throughout the past two decades. Iran and Saudi Arabia have supported their own factions for their own ends. India, by contrast, has poured billions of dollars into development, and China, ever opportunistic, has ambitions to exploit Afghanistan’s natural resources.

“The road to peace is long and hard,” Stoltenberg said. “This is a very important first step.

“Not so may years ago, we were 130,000 Nato troops in Afghanistan. Now we are at 16,000, and not in combat operations, but training, assisting and advising the Afghan security forces and they have made progress, retaken territory from the Taliban. We are sending a message to the Taliban that they will never win on the battlefield.”